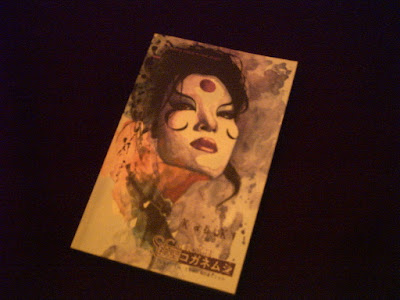 It’s been a long while since a graphic novel tickled my interest. This one did.

The "now" of mixing the two into some reality recipe.

Now that is some decent philosophy comming from a book of drawings, word balloons, and Japanese girls armed with swords.

Not at all bad for an aspiring artist who did the project as his thesis. Personally, I've mixed feelings about relying on art for insight. Most art is pretension, the product of a mind that wants to live a self-centered ethos and lifestyle.

I prefer science as a means of seeing the world, rather than artistic conceit. Not too reductionist mind you, as events and entities outside the laboratory exist in a world of interconnection and overlapping influences. Still, science often seems to embrace a level of selflessness and clarity that egocentric artists have a hard time reaching

That is not to say that there are never moments of actual artistic insight. There are times when a writer or painter or other artist manages to discern one of life’s underlying dynamics, and then successfully passes that gnoetic moment along to others.

I think that any artist worth his or her salt should be grounded in the world of fact and observation. I am firmly convinced that most artist would benefit from exposure to science as a way of seeing the world from a more concrete perspective, as well as deriving inspiration from it.

I believe that art’s strength is its ability to directly shed light on the experiential components of our awareness. My favorite examples of this are the works of Yves Kline’s Blue Period and Jackson Pollock’s Spring Period. Mr. Kline’s blues use simplicity and saturation to play with the fundamental components of color, shape, and texture. Pollack’s drip paintings, filled with fractal patterns and order underlying chaos, tease the pattern recognition filters that our minds and brains use to forge a representation of the external world from the wilderness of raw data that confronts our senses.

Perhaps a truly dedicated artist’s sense of craftsmanship pushes him or her to a level of observation and engagement with the world and its materials, one that matches that of the involved scientist or engineer. Perhaps engineering is an overlap between the world of art and science, imposing human functionality on nature through a simultaneously rational and intuitive understanding of matter.

I want to do some good writing today, by my brain is too foggy.

1. Lunch
2. Weekend dessert
3. Buy most recent edition of Scientific American
4. Go to gym and reset brain with exercise. There is nothing like physical exertion to clear away an endocrinal fog and restore clarity and connection to the outside world.
5. Maybe see a movie: Cloverfield or Charley Wilson’s War.

Post Script: Cloverfield bordered on good. Unfortunately the panicky idiot factor was annoying as fuck all. Ok, so your characters are scared witless, that does not mean that they must behave like jackasses for the duration of the film. Eventually one of them is going to figure out that maintaining light and noise discipline is a good idea. Oh well, Godzilla meets Blair Witch could have been really cool, they almost pulled it off.

Anywho, while I am on my nerd rant: more Robot Chicken. 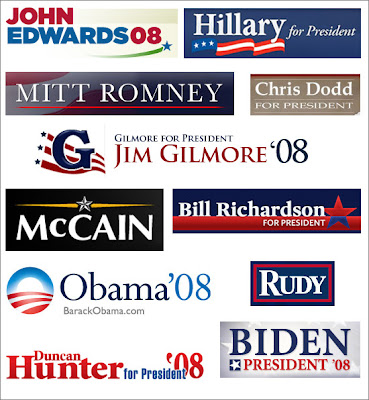 It’s almost enough to make me wish I was partisan, this hands-on, old-school exercise in democracy. Of course, as an independent I don’t get to caucus, but such is the cost of disdaining parties and ideologies.

Our early caucuses have a price, however: Politicians (Democrats at least) and their significant others have been swarming the desert sage state.

Billy C has been patrolling the flood-soaked streets and canals of Fentucky. A few days ago his wife was hanging in an architecture studio here in town, granting interviews. Now she’s down south on the strip pressing the flesh. Mr. Obama has given talks at local schools, high schools, and the university as well as talking the RGJ vultures. His wife has been speaking, mangling the state name, and then adroitly recovering.

All Glory to the Hypno Toad! 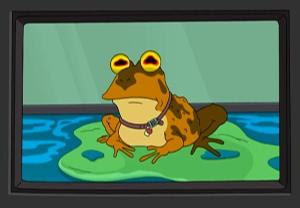 The movie on the other hand was a lot better than I expected!

Also from Adult Swim, Robot Chicken: The way Star Wars should have ended.

We’re getting hit with three storms this weekend: 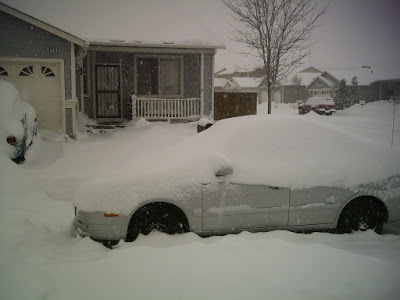 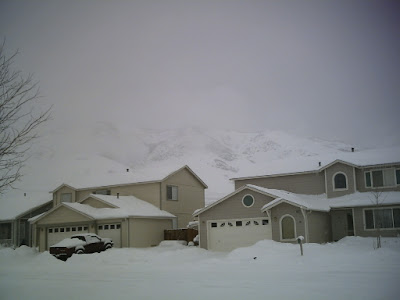 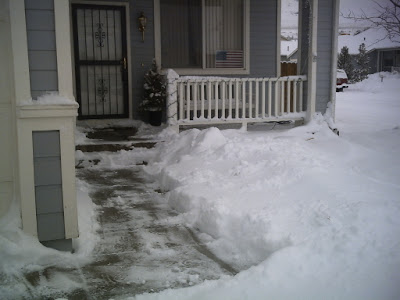 Getting out of the Sparks industrial area was interesting on Friday after work. There was a good deal of twisting and turning to find a road that wasn’t flooded after a day of heavy rain.

Fortunately I had planned ahead, and was prepared to spend the weekend housebound. So far my only excursions have been to shovel out the car (a good excuse for manual labor) and short walks around the neighborhood. I love the utter silence that the snow brings on. There is measure of peace in it. Back when I was an Army scout such silence was a mixed, nerve-wracking blessing. It meant that you your self were
utterly quiet when walking, but then so was everyone else.

Supplies laagered for this weekend included:

On the topic of books, 2007 was a great year. Income equates with books and music for me, and books and music I’ve purchased almost in excessive amounts. This has allowed me to indulge a longtime desire and spend part of the year as an amateur Classics scholar: 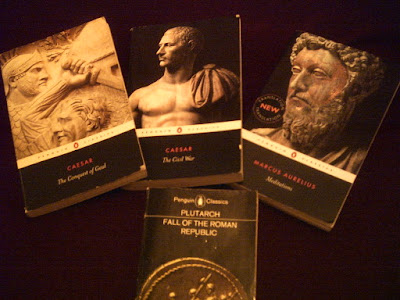 I’ve finally had the chance to read the some of the histories written by Greek and Roman writers. These documents are not always easy to absorbe, as the authors often assume that their readers possess a broad knowledge of contemporus events, and they certainly did not conform to the professional, source-based methodology set down by the likes of Leopold von Ranke, some 2000 years later. Then there are Caesar’s two texts, which were written in part as political tracts to demonstrate his qualifications as a leader of the Republic, as well as justifying the length of his wars in Transalpine Gaul and his taking up arms against Pompey Magnus. Still, these histories and meditations shed light on the thought processes and worldviews of key individuals whose stories are at the core of Western Civilization.
Posted by AlexB at 2:00 AM No comments: