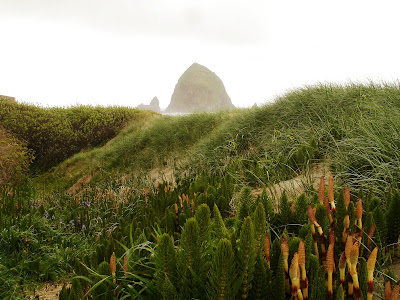 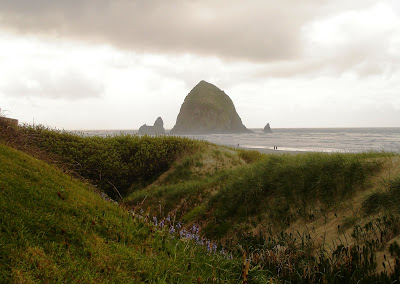 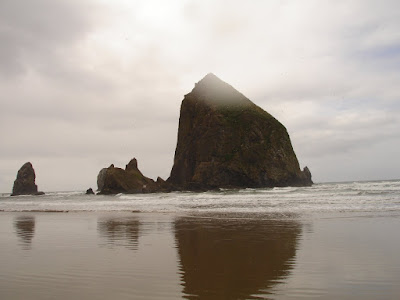 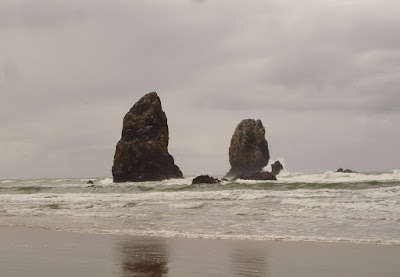 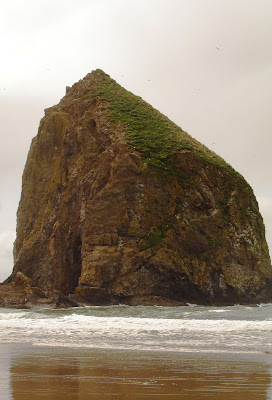 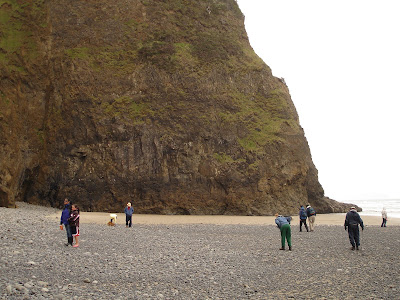 Ouch. Loneliness came crashing down today for the first time in nearly three years. Well, not loneliness but the desire to have someone significant in my life again. A warm presence, the knowledge that that person will be home after work, matching wits, sparing, going on road trips together, grinning at each other like fools...all kinds of happy-dumb ecstatic stuff that I have not given any real thought to for some time.

In away it's a relief. I was starting to wonder if it was ever going to happen. I really haven't missed interacting with people all that much. I've been happy with books and music, thinking and writing as well as exploring Portland and the coast each weekend.

This last week, though, I found myself thinking about adopting a pet. I haven't had a pet since 1996. There were the camp dogs like Sabot in Korea and pups that we informally took care of in Macedonia, but nothing that was really mine. When I was a kid there was a time when we had a dog, three cats, two rabbits, two parakeets, and an acre full of assorted lizards and small snakes. At any rate, pet ownership is something that I hadn't thought seriously of for almost 13 years until this week either.

And the one interesting girl whom I met since moving back to the US probably isn't a realistic option either.

Maybe it's the deathly ill people in my life right now.

Or the prospect of soon leaving the monkey-herding industry.

Or the recent parental visits.

Maybe its waiting to hear back from Portland State and the VA.

Or getting ready to move yet again.

Whatever it is, something disrupted my equipoise this last week, and I'm feeling off keel at the moment.
Posted by AlexB at 11:41 PM No comments:

Normally I go the coast to experience the infinity of the sea and the clean reality of sand and rock and mist and salt spray. Also, I enjoy the towns--rough and beautifully blended into the coastal landscape. Mostly these are small communities, each having a coffee shop, at least one used book store, and a conspicuous absence of franchises.

Then there is Seaside. 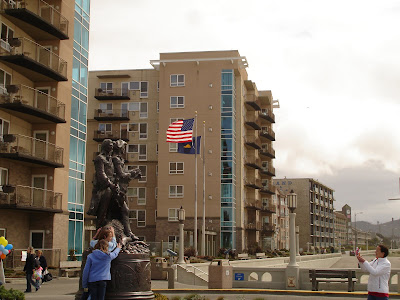 Seaside is everything that the rest of the coast is not. 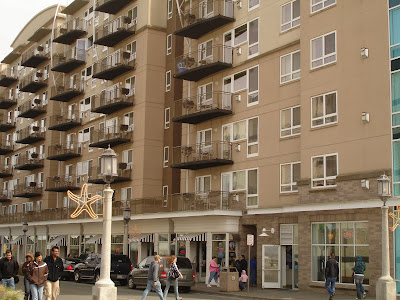 It feels like the kind of place where masses of toiling factory workers went to take their leisure during the height of the industrial age. And, not surprisingly, the crowds there are largely working class. 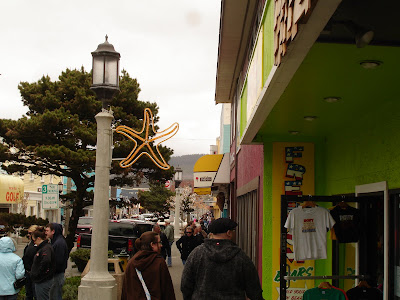 It's huge and commercial, but in a 1920s way that reminds me of the resort towns that flourished along the Eastern Seaboard 80-years ago. 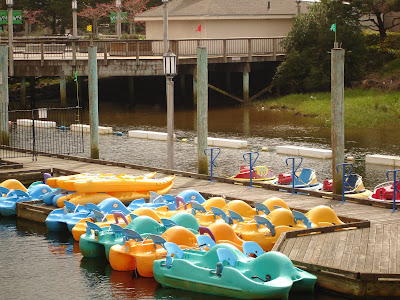 It's a fun place, all the more strange and lovely for all it's misplaced Art Deco glory.
Posted by AlexB at 9:29 PM No comments: 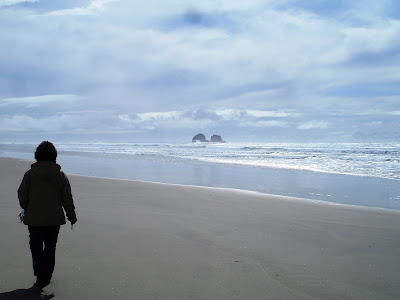 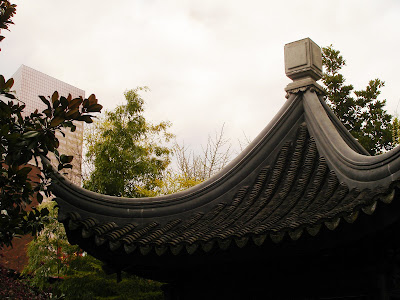 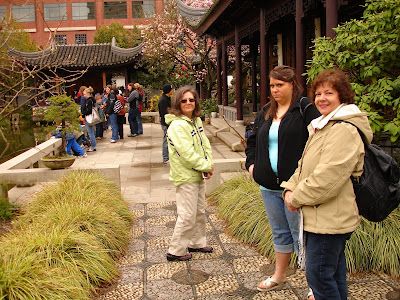 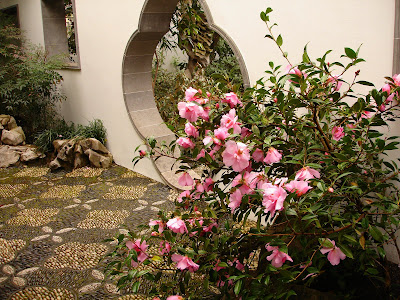 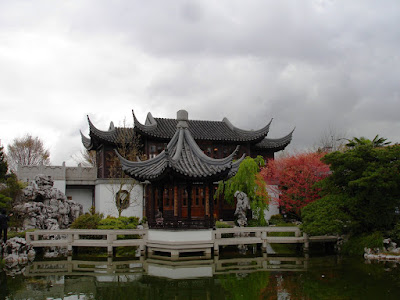 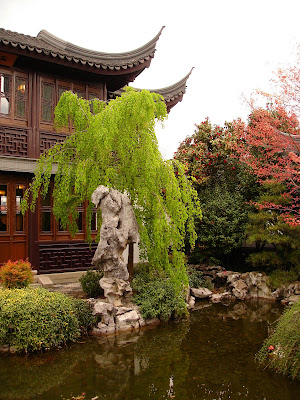 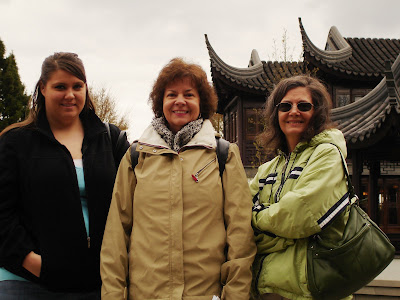 What I love most about being up north: summer evenings that last forever. Especially while up in the West Hills. Cutting through the Japanese tea garden while heading down into town. 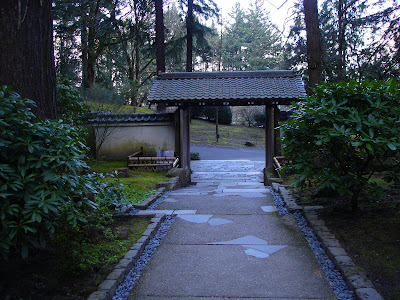 The entire city feels like it's covered in cherry blossoms just now. 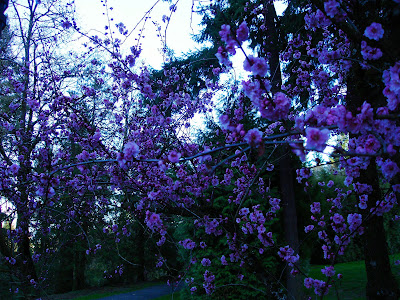 St. Helens and the Northwest district. 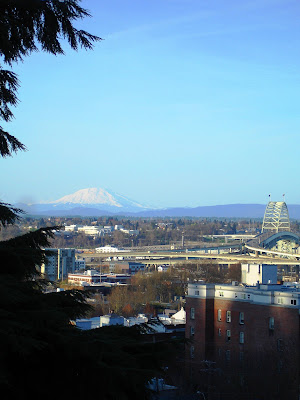 The lower part of the Hills are a San Francisco style three-dimensional labyrinth of narrow, one-lane roads and multistory apartment buildings. 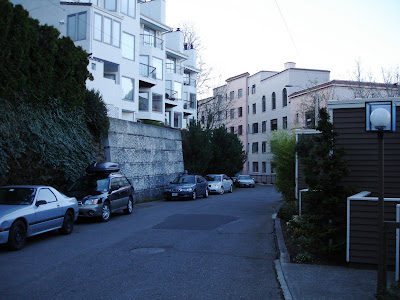 Photos from the snow monkey corral, taken last spring by the center's photographer. 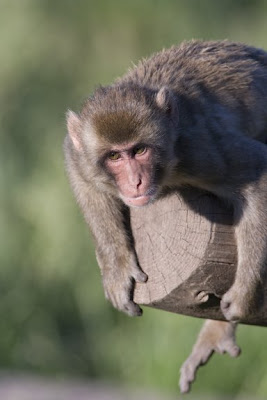 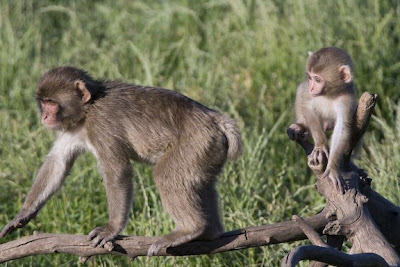 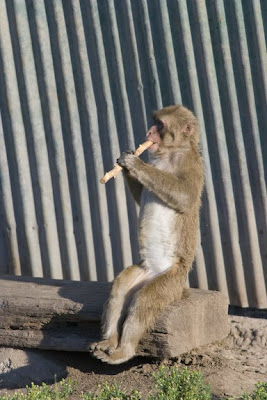 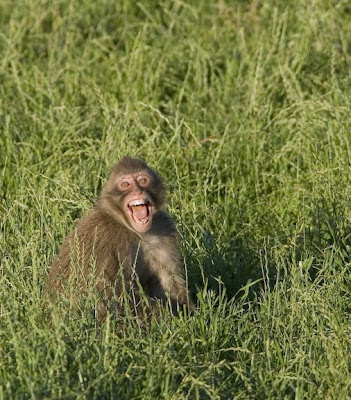 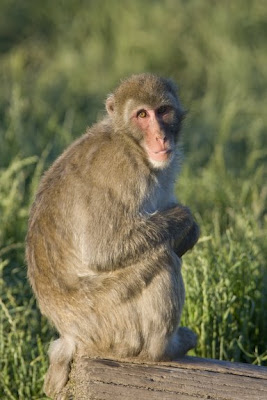 Unfortunately there aren't any good photos of my favorite monkeys, the dominant males. Next time they need to get someone out there who knows the animals. Especially because the big guys are a)very impressive looking and b) have the most personality.

Trapper. At 35 years old, Trapper is 110 in monkey years. He ambles around the corral as he likes, and whenever he plops down on the ground a cadre of middle-aged and older females gather to groom him. He has a bright-red face, ghostly gray fur, and a short, compact body with long limbs that make him look a bit like gibbons ape. Trapper was apparently the dominant male in the corral for several years back in the 1980s.

Mojo. The Big Mo is huge, over sixty pounds when we last weighed him. Built like the proverbial brick shit house, Mojo was top dog until he lost interest in fighting and mating. Food became his passion, and he now has a belly that comes close to dragging on the ground when he walks. Mo became such a gourmet that he neither seemed to notice nor care when Alphie took over.

Alphie. Alphie is proof that it's not the size of the monkey in the fight, but rather the size of the fight in the monkey when it comes to dominance. Not the biggest male in the corral, Alphie rules over the other 300 animals by sheer force of personality. Most days, however, he practices a hands-off philosophy when it comes to leadership, only periodically punking the second-tier males to remind them who's boss. Alphie has a distinctive sway back that makes us suspect that he is either Trapper's grandson or great grandson.

Bluto. B is the Adonis of the snow monkey corral. Perfectly muscled and with a silky, black coat of fur, Bluto looks like a miniature gorilla.

Post Script 4 April: Appropo snow monkeys, two coworkers on the other side of the campus accidentally released a harem breeding group of nine snow monkeys yesterday. Oops. Apparently one of the animals even left the Center, which is a first. Not a good day. Oh well, I was downtown taking care of my university application, so I missed out.
Posted by AlexB at 10:18 AM No comments:

My homeland is a strange and exotic place.

If nothing else, nearly eight years abroad left me with that conviction in profound and very deep way.

We are tabula rasa, the blank slate. We change our culture and osculate around the center of the political spectrum in a way that would strain most other countries’ sense of self identity. Rather than a nation, we are almost more of a system of system.

Also, we are amazingly pluralistic. It’s not that there aren’t other lands that rival or surpass us in terms of sheer cultural diversity, but somehow we have made it work for over two-hundred years without the religious strife and ethnic bloodshed that are endemic to most heterogeneous states.

Like all humans, we are a bundle of contradictions and paradoxes. However, if you ever really want to understand the cultural roots of why we are the way we are, I warmly recommend David Hackett Fischer’s essay Albion’s Seed.

In short, Fischer’s insight is that the United States’ notions of freedom derive from four groups of British emigrants, and that these concepts have evolved and been adopted by latter arrivals.

Personally, I believe that it is the tension between these ideals that defines politics in the United States.

Backcountry freedom, the idea of natural liberty. Much of the early southern frontier was settled by Scottish Presbyterians from the remote borderlands of Scotland and England, as well as the Scots who had been living in Ireland. These were frequently cattle herders and free holding famers who had lived far from major population centers and the heavy hand of the law. They saw freedom as a natural condition and government as an unwelcome if sometimes necessary evil that was best kept to a minimum.

Hegemonic liberty, freedom as merit based. The colony of Virginia was settled by indentured servants and wealthy land owners from an arc of Southwestern England. Heavily Anglican, these immigrants brought with them notions of liberty as being based on rank and social hierarchy. Self restraint and personal discipline were expected of those at the top, with greater autonomy going hand in glove with greater self-rule. These beliefs grew more egalitarian after the revolution with the notion of merit becoming detached from social standing and instead ever increasingly being associated with talent.

Ordered Liberty, communal freedom. The first large groups of British immigrants were orthodox Calvinist Puritans originally hailing from England’s eastern counties. They arrived seeking to build an ideal society, and they carried with them a view of liberty as being communal. They saw the freedom for their communities to behave collectively in a right and moral (Calvinist) manner as being paramount. Additionally, liberties were doled out to enlightened individuals as exemptions from communal restraints. Examples of this include fishing privileges as well as freedom from corporal punishment. Finally these Puritans also believed in an innate freedom from fear and want. The community, in their view, had an obligation to look after its members in times of distress.

Reciprocal liberty, freedom of conscious. The pacifist Society of Friends—commonly known as the Quakers—settled in Delaware and Pennsylvania seeking a freedom to practice their beliefs that had been denied in Brittan and Europe. They saw liberty as a gift from God to all of humanity, enshrined in the Golden Rule and proclaimed in the Bible:

The Quakers believed that extending liberty to all of human kind was particularly important because it was the basis for the highest of freedoms, liberty of conscious. In their view it was the individual sensing and acting on what they felt to be right that was the most important form of morality. An individual who was externally compelled to act in a right manner was neither free nor moral. In the words of William Penn:

Conscience is God’s throne in man, and the power of his prerogative.

Liberty of conscience is every man’s natural right, and he who is deprived of it is a slave in the midst of the greatest liberty.

There is no reason to persecute any man in this world about anything that belongs to the next...

Thus the Quakers in colonial Delaware and Pennsylvania extended freedom of worship to the members of other religions within their territory, allowed women equality in church and society, and attempted to outlaw slavery, much to the consternation of the British crown at the time.
Posted by AlexB at 11:58 PM No comments: