Sandstone and basalt on the coast 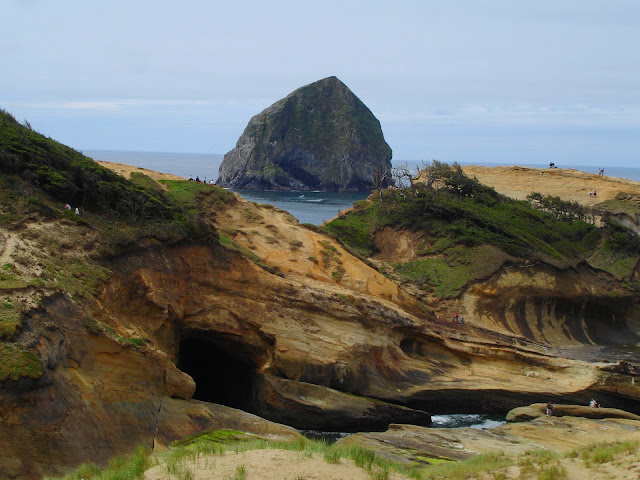 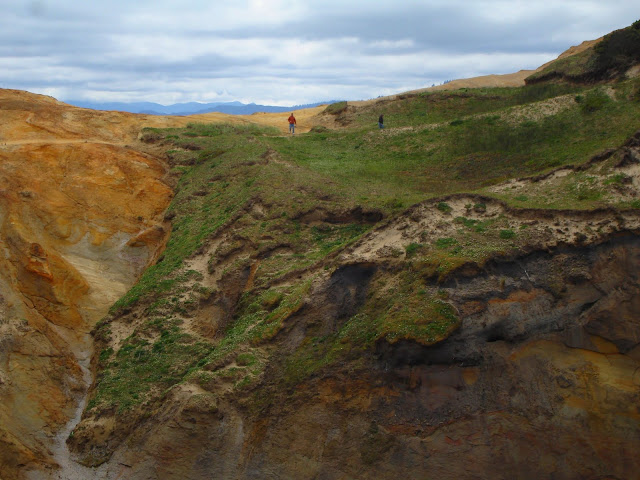 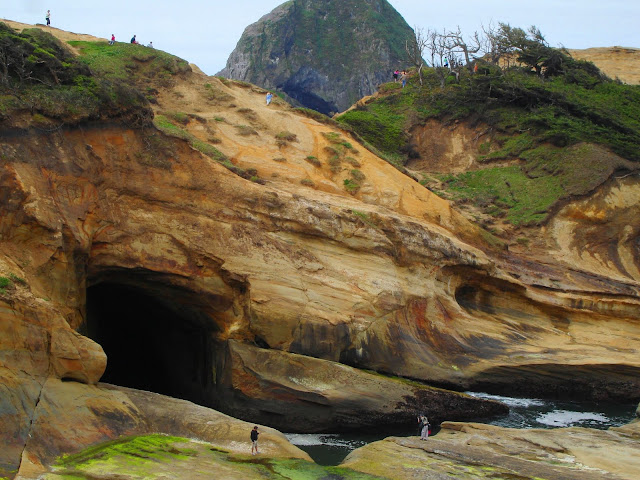 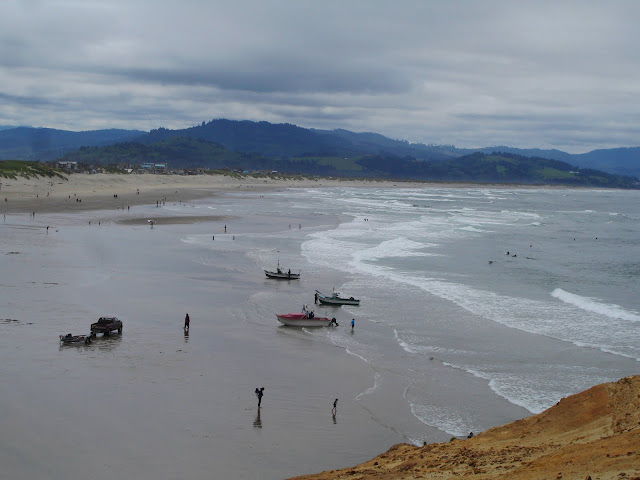 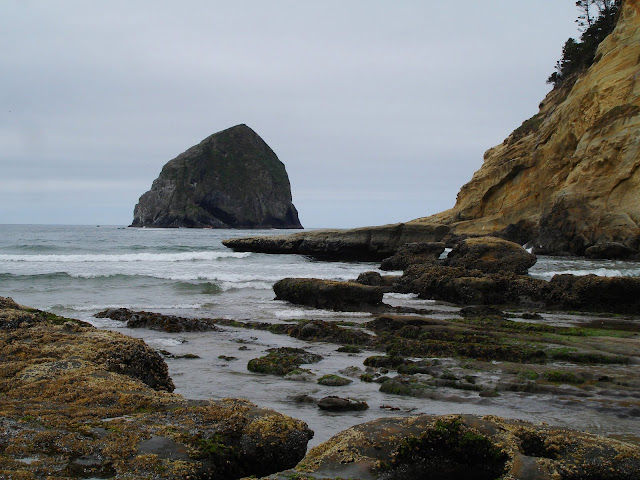 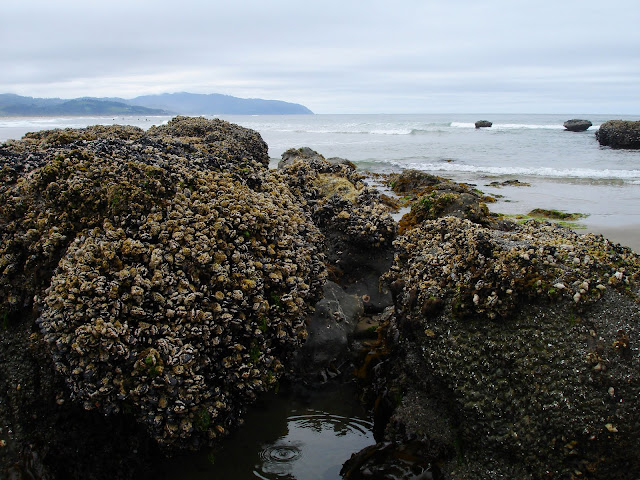 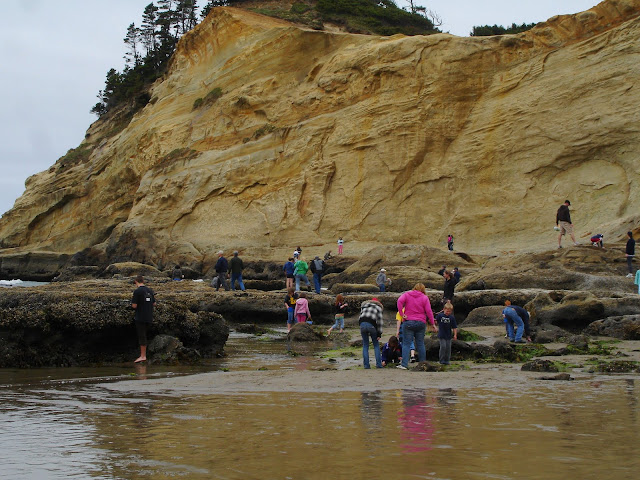 Rain and the first of the summer sunsets 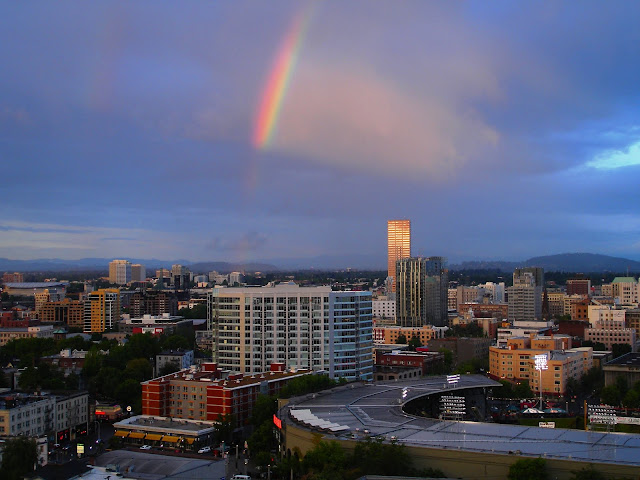 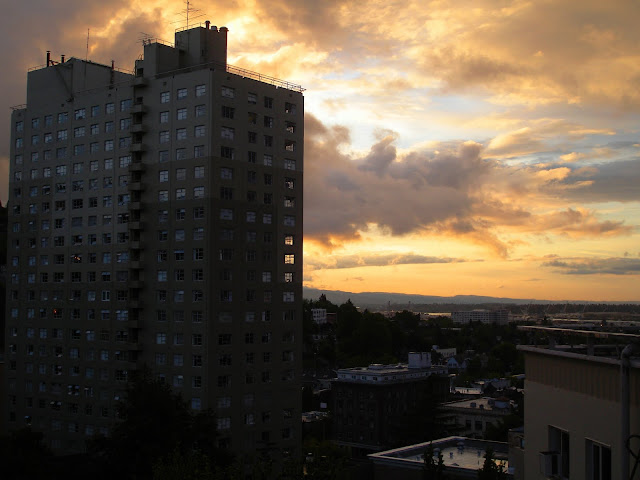 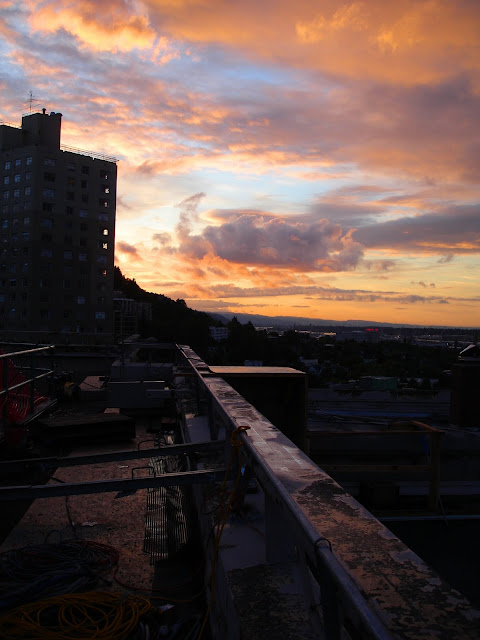 A seismic shift with consumer demands displacing business needs as the driving force of IT technology?

I just got my first look at the cover art for the Writers of the Future XXVI anthology. Very nice!!! I am starting to get excited about being published. If everything works out I'll graduate in August, and then fly down to LA for the awards ceremony and week-long workshop. This promises to be an exciting summer.
Posted by AlexB at 7:09 PM No comments:


Among the more interesting neurological conditions that I've come across in sixteen years of reading about the brain and mind's evolution is this cross-linking of sensory modalities. So much so that the heroine of my novel, Phase Line Escher, is a synesthete. Only rather than a cross-talk between senses, her synethesia grants her a perception of shape and color and sense of fluidity when thinking about abstract concepts or dynamics.

The food carts of Portland

Food Carts of Portland
Posted by AlexB at 11:17 AM No comments:

Spider Goat - Really, we are living in the future

Using engineered animals or plants to mass produce exotic compounds with fantastic properties was a component of science fiction when I was a child. Now it's a reality...
Posted by AlexB at 1:06 PM No comments:

The fact that it was likely a North Korean attack that sunk the Cheonan bodes poorly for the future. It also raises the possibility that the North Korean military may have acted independently of the Kim regime, which would also be bad if true.

South Korea: North responsible for torpedo attack on warship
Posted by AlexB at 3:49 PM No comments: 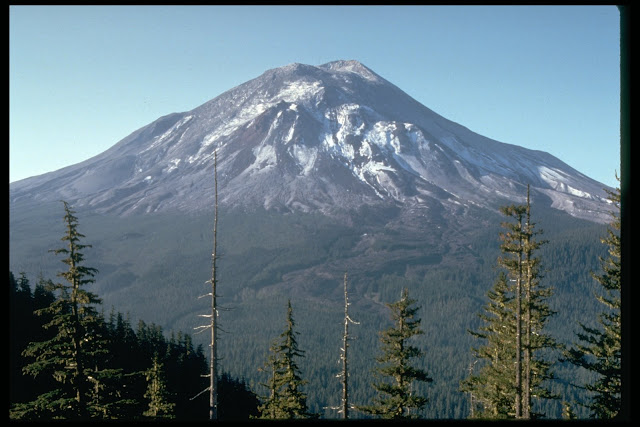 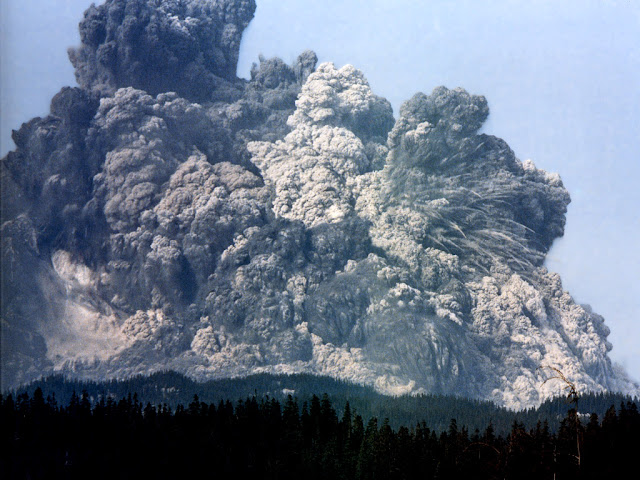 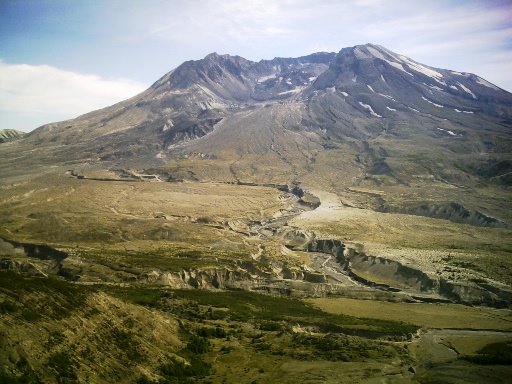 I was six when St. Helens began its eruption. For fifty days I watched the evening news religiously in hopes of seeing pictures of the smoking volcano, and listening to stories about how the mountain--an entire mountain!--was changing its shape on a day-to-day basis. Then came May 18th and the weeks in which the aftermath played out. Nowadays, living within line of sight the mountain feels like having come full circle.
Posted by AlexB at 9:45 AM No comments:

...using the erupting Eyjafjallajökull volcano as a backdrop. Intimidatingly gorgeous.

Iceland, Eyjafjallajökull - May 1st and 2nd, 2010 from Sean Stiegemeier on Vimeo.

"You ought to experience life in all its artless beauty! You ought to see and to realize what I have each day before my eyes: the eternal, inaccessible snow of the mountains, and a majestic woman, endowed with the primitive beauty in which the first woman must have come from the hand of the Creator, and then you could answer the question," Who is going to destruction? who is living truly or falsely--you or I?""
Posted by AlexB at 6:57 PM No comments:

What my morning walk to school looks like these days. 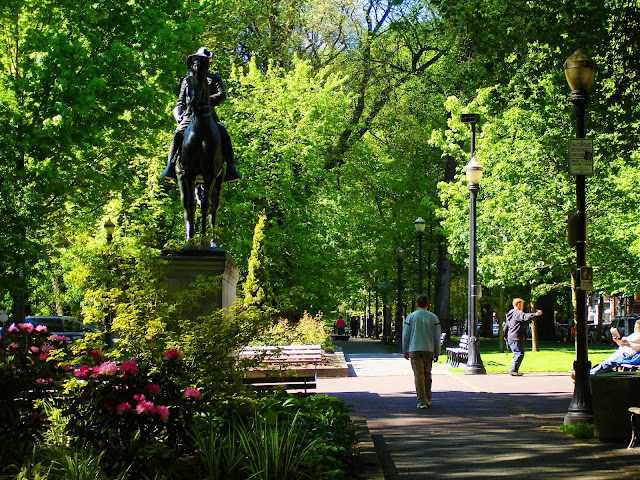 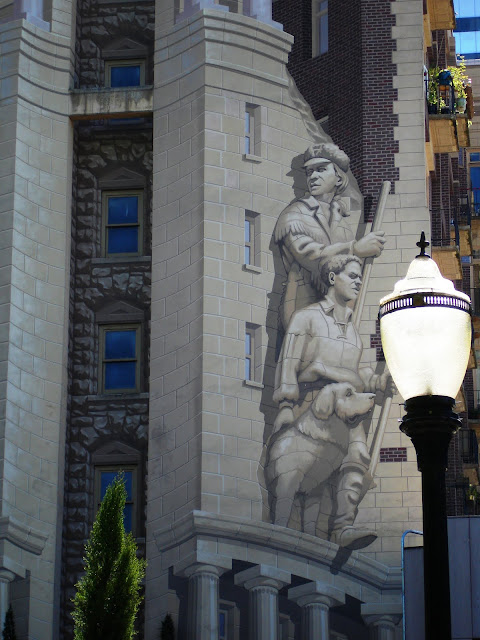 Market day at the university. 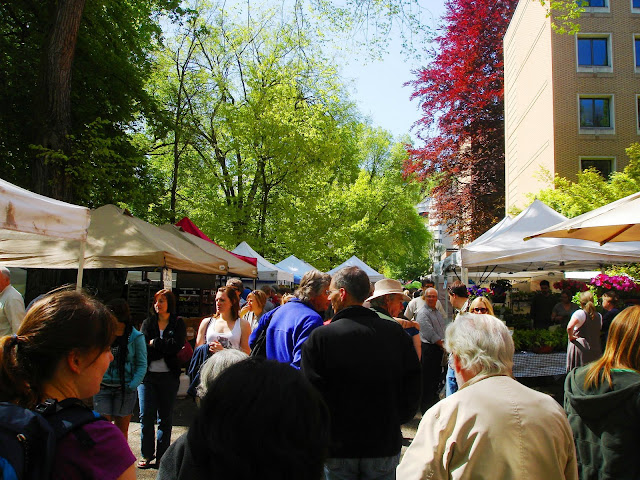 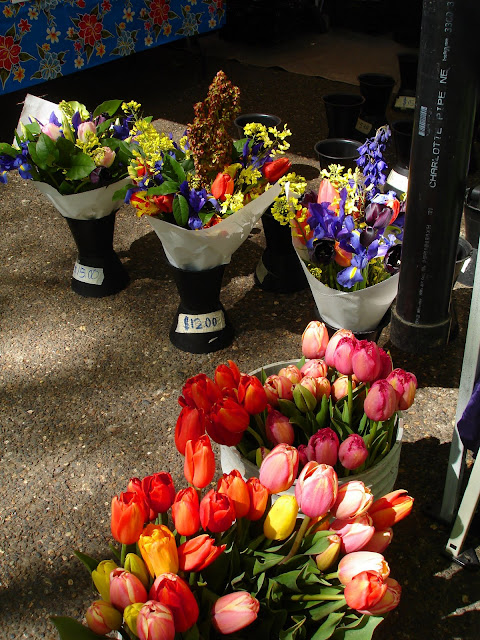 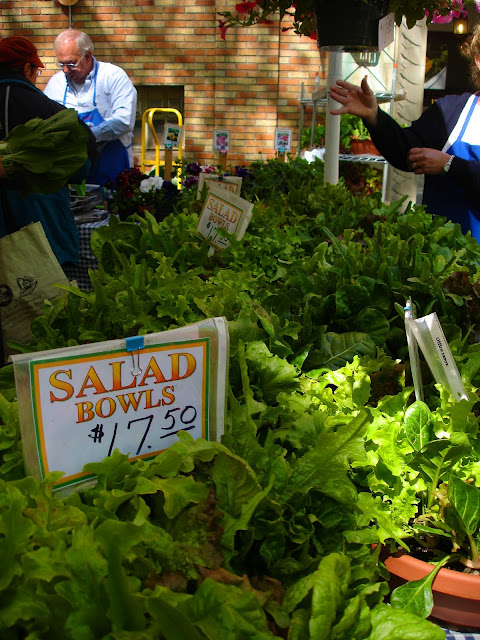 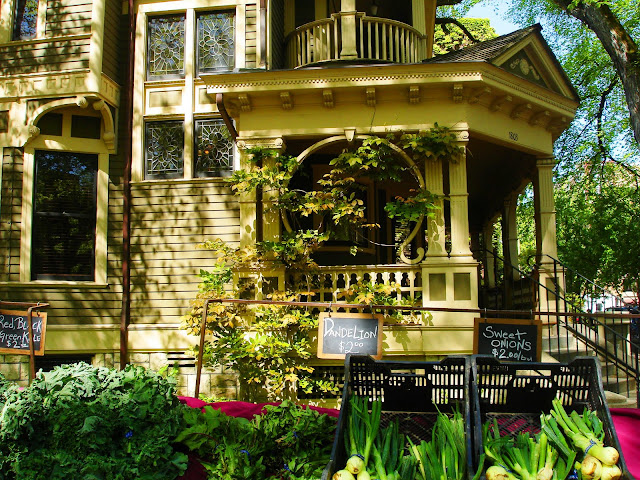 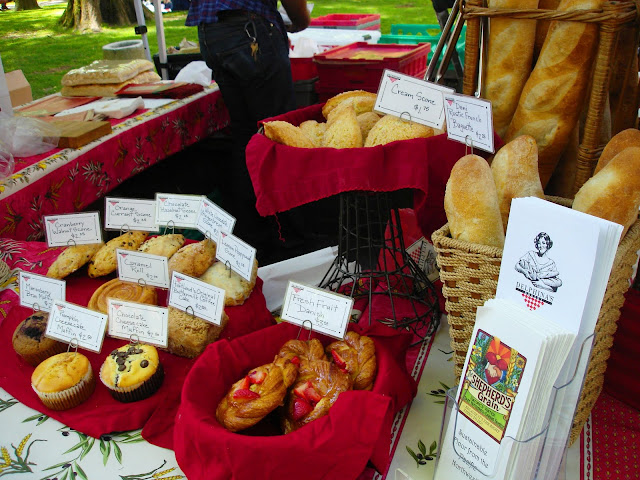 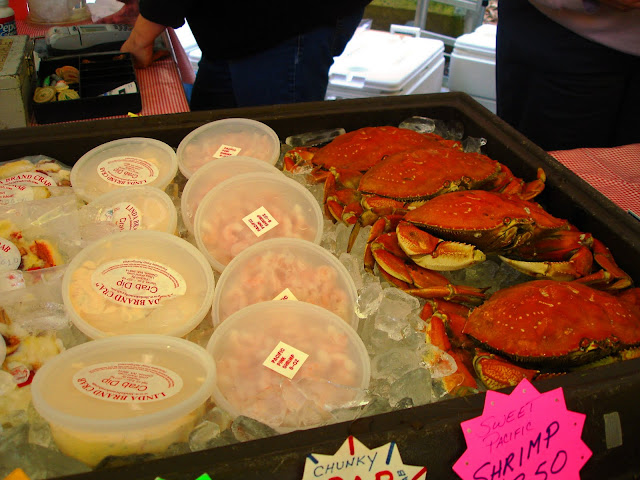 One of the historical powers of technology is to negate or reduce the effects of terrain. During the Nineteenth Century, the rail road and telegraph greatly reduced the frictional effects of major geological features like mountains, rivers, and ravines on commerce. The new XM25 grenade launcher promises to do something similar for infantry combat.

The XM25 gives soldiers the ability to accurately air-burst grenades over entrenched targets or inside enclosed spaces like rooms. Enemy in a foxhole or trench line? Detonate a round over him with none of the delay and variable accuracy associated with mortars, artillery, or air strikes. Are they inside a bunker or building? Pop an accurate rifle-launched grenade through an opening and it will go off at the room's midpoint instead of spending most of its blast energy and shrapnel detonating on the wall or floor.

Rather than trenches, bunkers, fighting positions, and buildings becoming strong points that infantry fights often crystallize around, a proliferation of air-bursting munition launchers may turn these into death traps. Imagine if a significant number of combatants had compact grenade launchers mounted on carbines or rifles like the US M4/M203 combination. Imagine if those launchers could range and air burst munitions like the new XM25.

Then there are thermobraic weapons that suck the oxygen from the air for use in an explosion that essentially flows throughout the enclosed spaces of a structure. These have already seen use in Afghanistan and Iraq.

The battlefield might soon be a very different place for an infantryman with regards to fixed positions.

On to sea combat.

One of the current topics of discussion in naval warfare is how the proliferation of precision-guided long-range missiles will likely push sea-based platforms like carriers and other large surface warships farther and father away from shore. Or that carriers will soon be obsolete altogether.

This sounds an awful lot like the 1970s predictions of the obsolescence tanks in the face of wire-guided munitions. The combination of large armor-piecing warheads mated to long-ranged precision missiles was supposed to remove the tank from the battlefield entirely. Yet here we are with heavy tracked vehicles still playing a key role in combat thanks to a generations of heavy composite armors that came into service during the early 80s.

The rail gun may well do the same for sea combat. Yes, the missiles are getting longer ranged and more precise, but, as the above article suggests, active defense systems may be about to dramatically increase their range and kill probability in the near future.
Posted by AlexB at 11:19 PM No comments:

A more focused and sped up look at the...

...long evolution of North America. This video does an excellent job of showing how the western US and Canada are largely built from micro-continents and volcanic arc island chains that glommed on to the continent's core. Posted for anyone out west who's curious about the story of the land beneath there feet.

Signed up for what should be my final two undergrad courses today! Hard to believe.
Posted by AlexB at 9:02 PM No comments:

"We Choose to go to the Moon"

My favorite JFK speech. The summary:

I wonder if China is starting to embrace "the future" in much the same way Japan has since the 1960s?