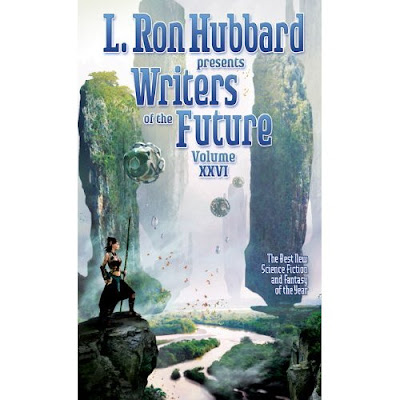 It was an intense week that felt far longer than seven days. The sheer volume of information passed on to us students by authors Tim Powers, K.D. Wentworth, Dr. Jerry Pournelle, Kevin J. Anderson, and Robert J. Sawyer--to name just some of them--is going to take a month or so to fully process. And that's not even getting into the pragmatic on-the-ground advice given to us after hours by winners from recent years who have gone on to publish successful works, such as Steven Savile, Ken Scholes, and Eric James Stone.

Two things do stand out already though.

The first is that I expected to return to home to the grind--now it's time to get back to reality. That hasn't happened. Rather there's a feeling that everything has changed. Words need to be going out the door to hit the market on a regular basis NOW. There are a hundred things that need to be done as far as publicizing and promoting, and oh yes, why I am I not seated at the keyboard generating text RIGHT NOW. Recreational reading, ha! That's good research time going to waste.

The second item to stand out is Robert Sawyer's talk on the importance of writing about big themes and controversial topics in speculative fiction. For me, the shift from idea- to character-driven stories in science fiction has been depressing. Yes, it's nice to have a protagonist who is a fully realized emotional being who develops over the course of the narrative. At the same time, why center the stories on timeless human conflicts that could take place at anywhere or anywhen? If we're going to do that, why not write literary fiction? Lord knows lit-fic pays a hell of a lot better than sci-fi.

Instead, shouldn't we be tackling the big philosophical ideas and potential future historical changes that could shape our lives in new and unique ways?

As Mr. Sawyer put it, Paul Atredies would have been completely out of place with no desert worms to ride and no universe in need of a messianic figure to steer a middle path between stagnation and horrific rejuvenating violence.

I want to write science fiction to be a part of the dialog that discusses the concepts, scientific discoveries, and technological impacts that make us who we are and what we might become. That's important. And I want to do it in the format of accessible stories with characters whose lives have been shaped by those world-changing ideas. And I want to make a decent living off it.

So it was tremendously reassuring to meet a writer who is already on that path and doing well for himself.
Posted by AlexB at 3:21 PM 2 comments:

Labels: Lisa with Child, Writers of the Future, writing

Writers of the Future photos

Sunrise over LA, as seen from the hotel room 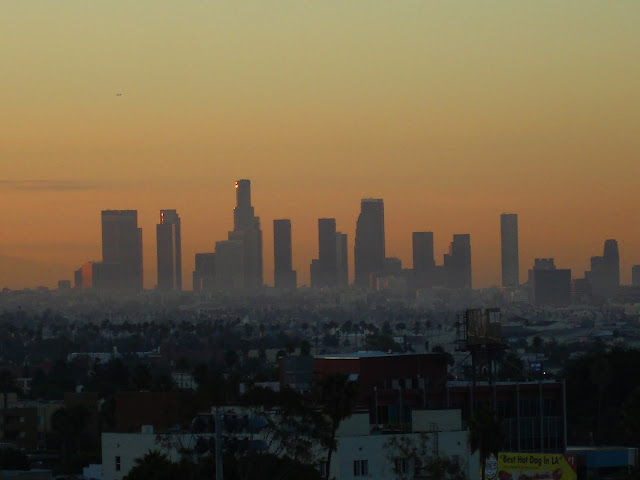 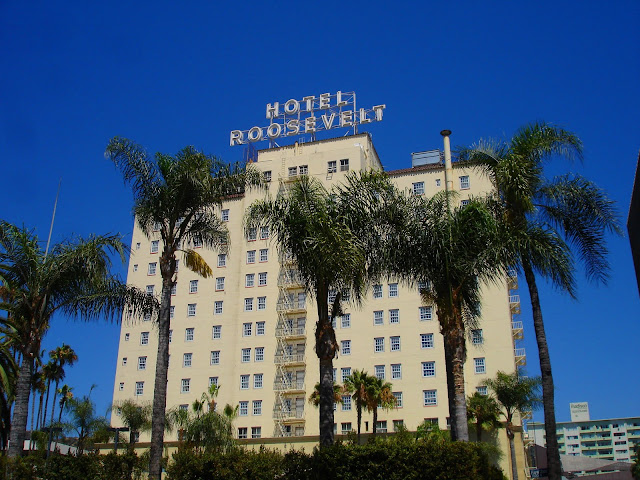 A four hundred-dollar per night hotel room on Hollywood Boulevard 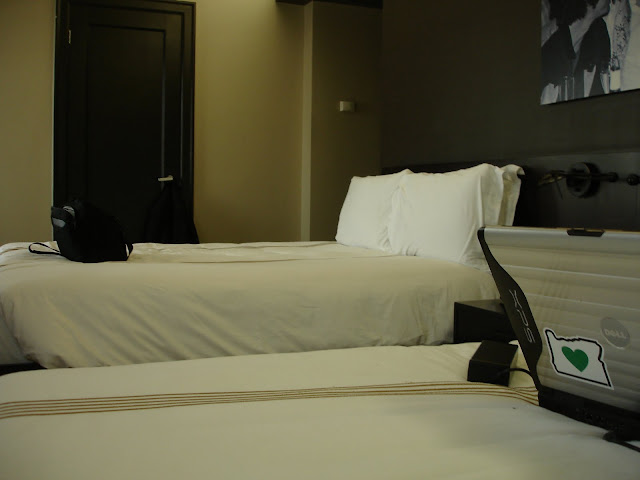 Scrappy and I confront the workshop's twenty-four hour writing challenge. My source material: 1 plastic armadillo, a five minute-long conversation with five homeless kids on the disadvantage of a college education, four random non-fiction books off the shelves of the Hollywood loan library. Ready, set, go... 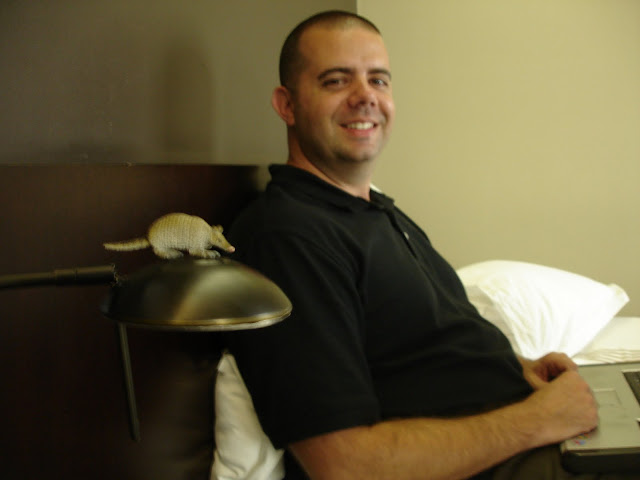 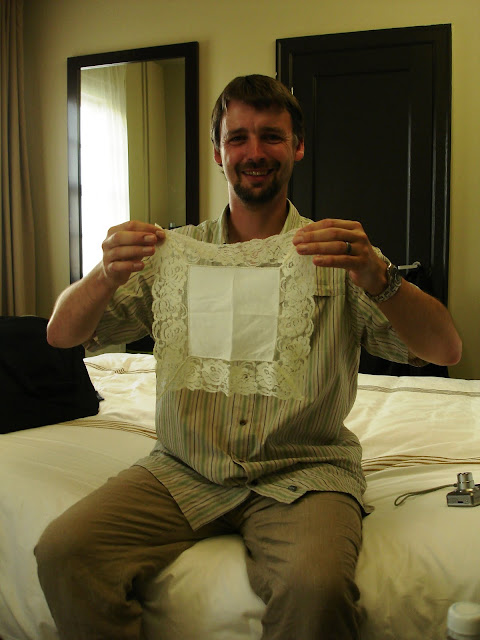 Taking a break in the lounge 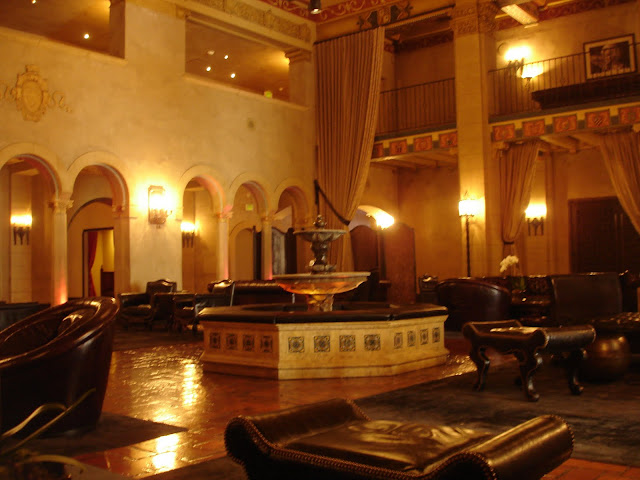 Scrappy polishes off a twelve-dollar scotch and soda as he puts the finishing touches on a story of Taoist-inspired nanotech, rebel teens, and an artificial ecology evolving along aesthetic lines. 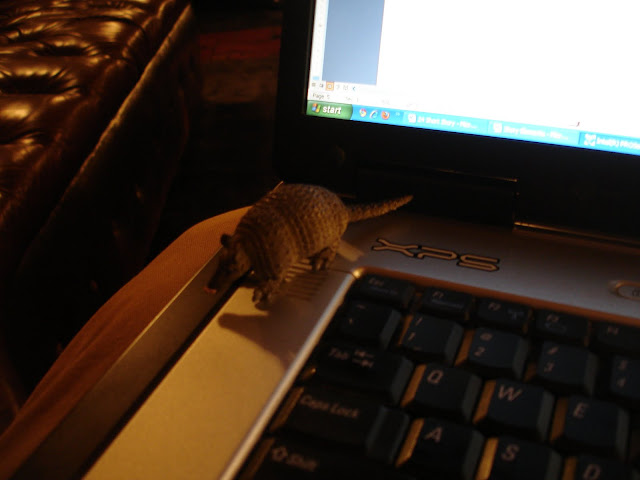 Writers of the Future Volume XXVI goes to print 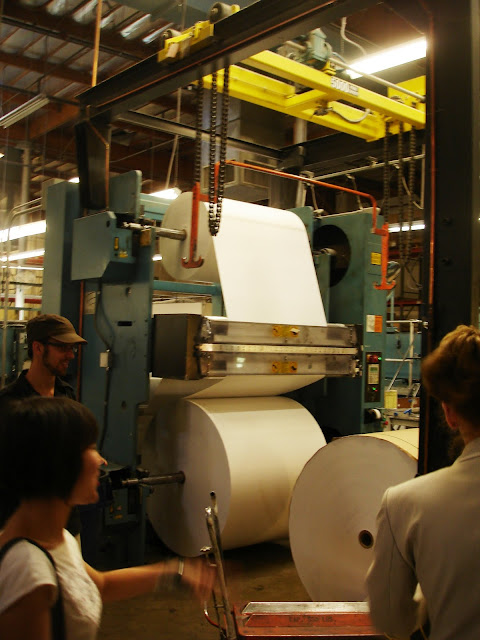 Writers on a bridge 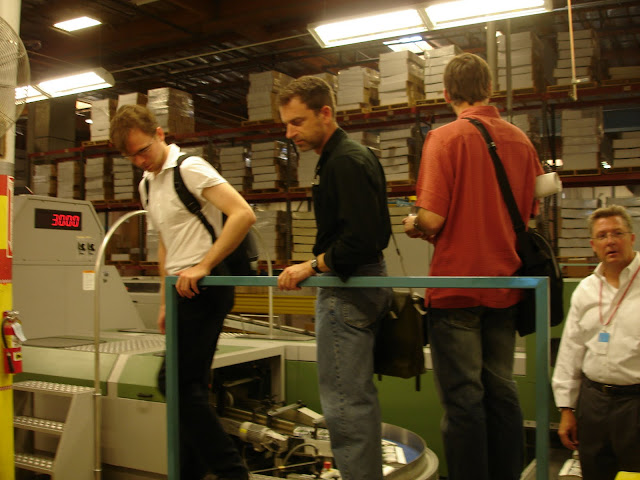 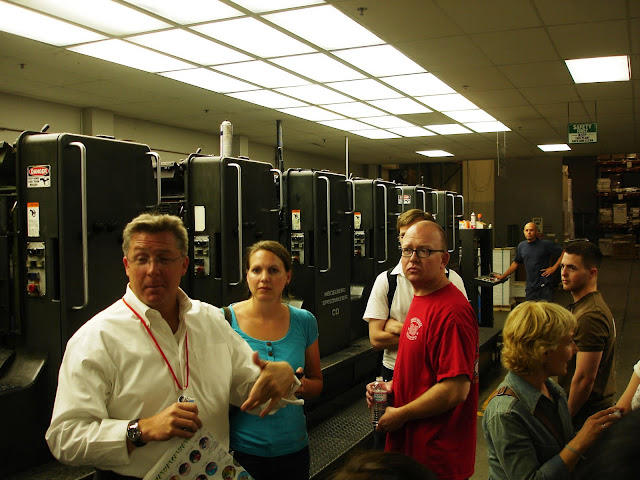 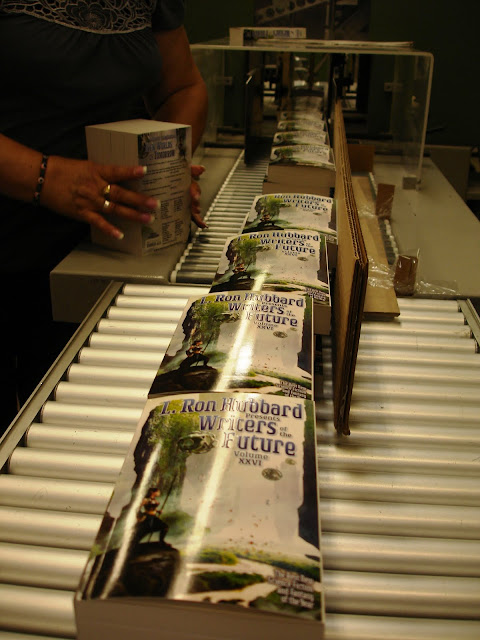 Earlier in the week 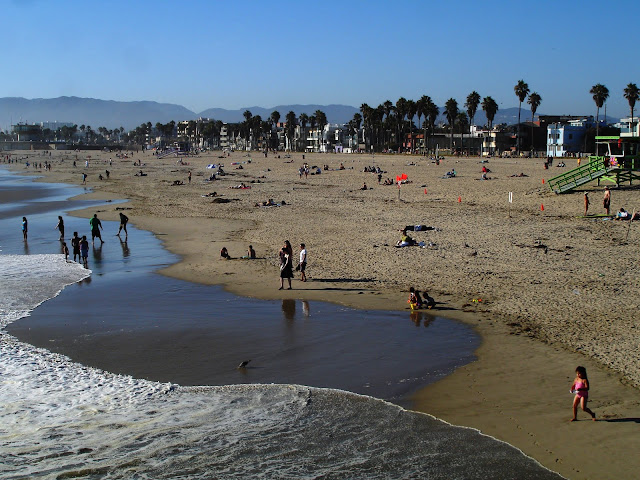 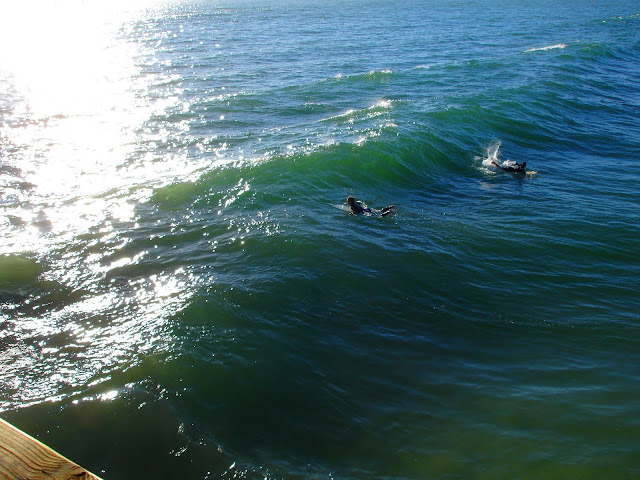 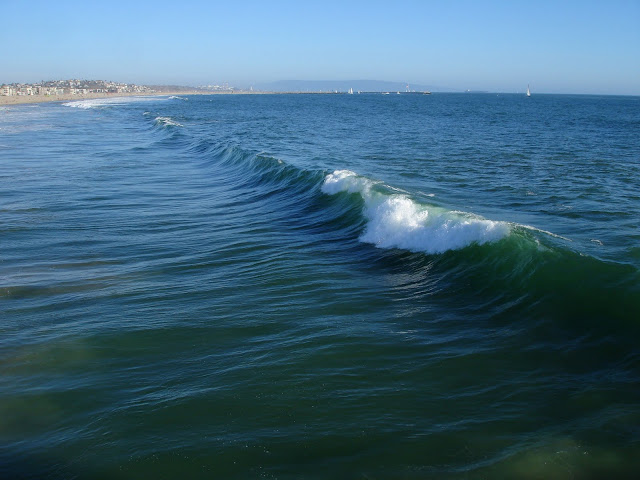 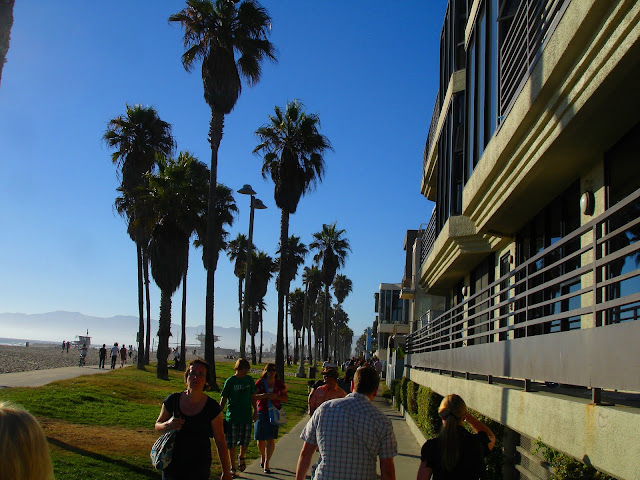 Labels: California, Lisa with Child, Writers of the Future, writing

Sitting in the plush lounge of a four-hundred-dollar-a-night hotel on Hollywood Boulevard and talking with seven other published writers about the craft, the industry, and the future of the genre is seriously cool.

I owe a debt to the people who helped me get here. Those most directly responsible are the folks associated with the Jim Baen's Universe slush site.

Sam Hidaka and Gary Cuba who oversee the site.

Fellow aspirants on the slush who were kind enough to read "Lisa with Child" and offer constructive criticism. Among those whose feedback was particularly insightful were:

Stuart Gibbon (Read his stories people! He writes some kick ass stuff like "A Crossing Guard at the Event Horizon," Cosmos Magazine, August 2009).

The superhuman Edith Mayor, who may or may not be a literary artificial intelligence coded from the uploaded souls of a-dozen master editors and first line readers.

Off to the City of Angels

My first published short story, "Lisa with Child," is in the Writers of the Future Volume XXVI anthology, which is now available for pre-order on Amazon.com.

I'll be in Los Angeles this coming week to attend the Writers of the Future workshop and award ceremony.

Saturday the 28th: The awards ceremony, which will be streamed live for those who are interested in watching. Starts 7:30pm Pacific Time (i.e. West Coast US).

Sunday the 29th: A book signing with both the winning authors and contest judges participating. Last year it apparently took place at Vroman's Bookstore in Pasadena. So far all I've heard is that this year it's at a "local area bookstore." I'll post a location as soon as I have it.

This looks to be a good experience, and if nothing else it will be great to hangout with the other winning authors and the illustrators. As a group they appear to be a talented and driven collection of individuals, some of whom have made additional pro-rate sales this past year. At the very least, they all made the cut in a field that sees over a thousand entries each quarter. I'm very much looking forward to trying to keep up with them professionally now that I'm finished with school. Additionally, the contest's judges are some of the most well-known authors in speculative fiction, so it will be an honor to meet them.
Posted by AlexB at 10:40 PM No comments:

Labels: California, Lisa with Child, Writers of the Future, writing

Sun-blasted summer in the Gorge

After a long and rainy spring the heat feels wonderful 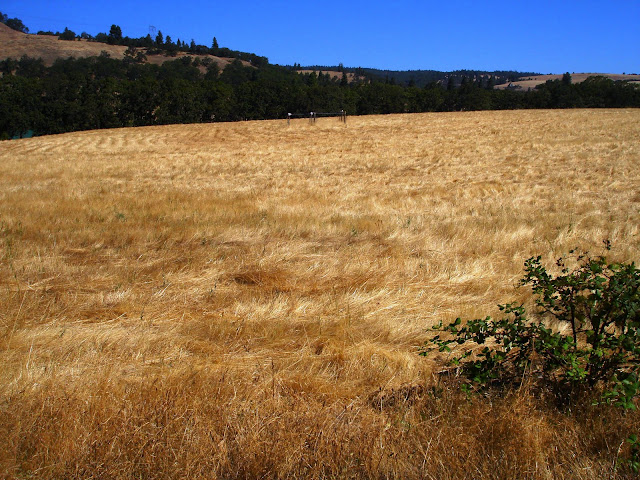 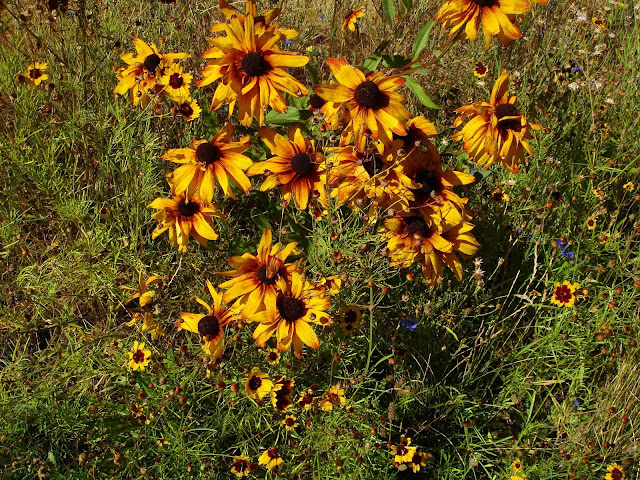 Black hole sunflower. A singularity waits at the heart of this blossom. 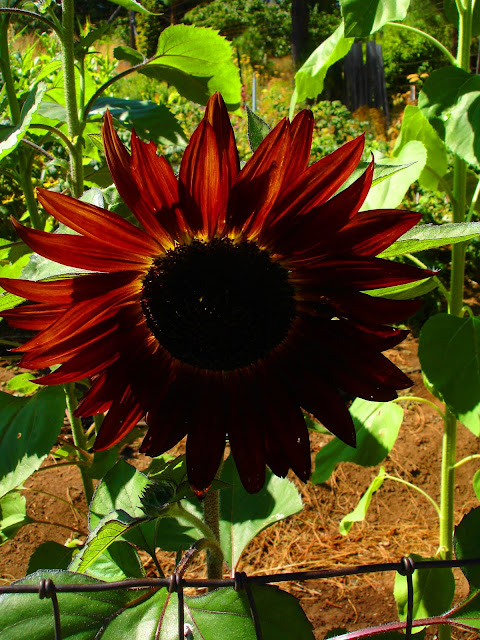 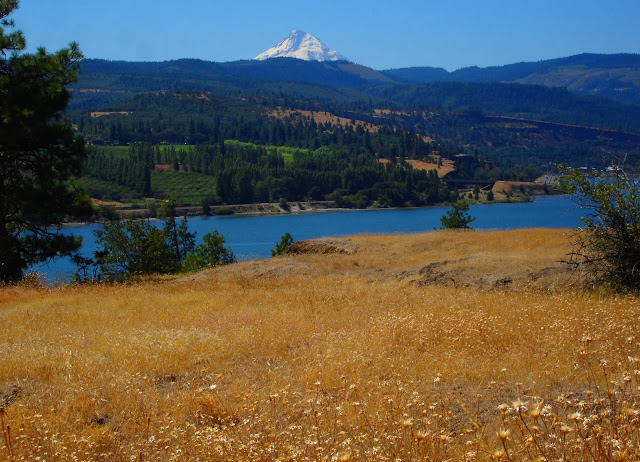 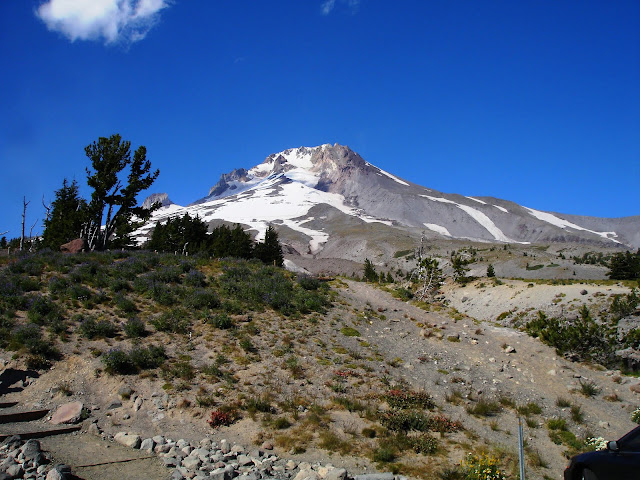 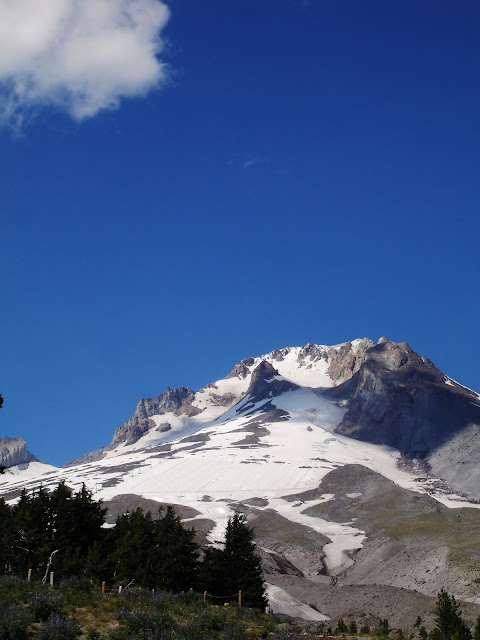 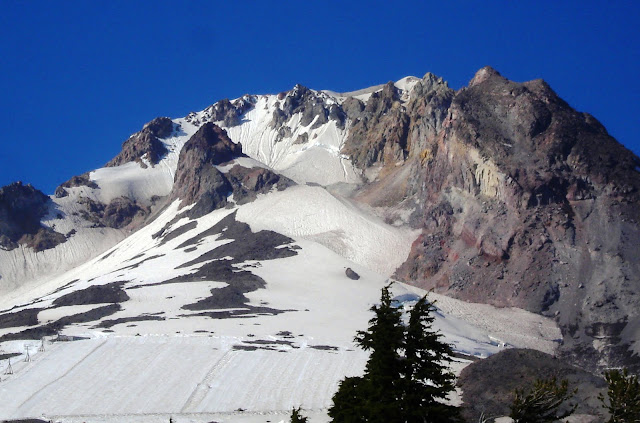 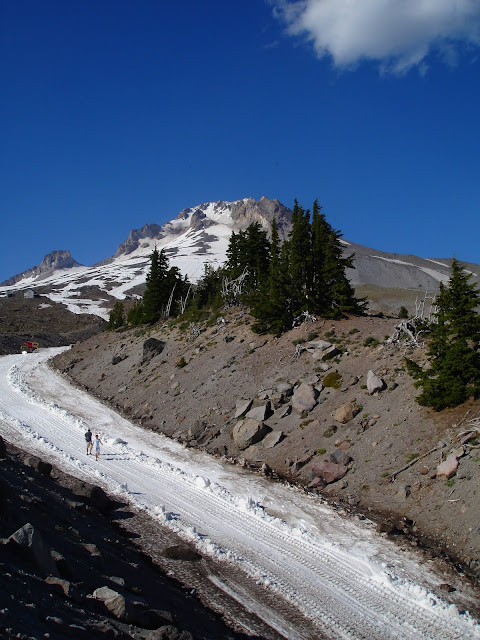 1930s woodwork in the lodge 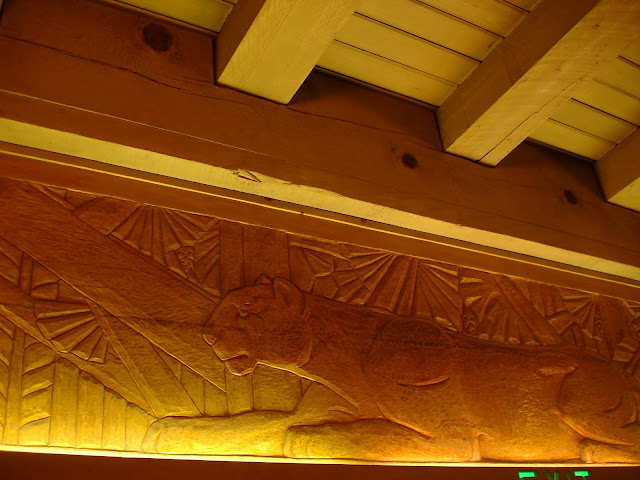 *This month it's been ten years since I left the military--the Army having been four of the most important years of my life. The realest thing I've ever done.

*This month I graduate with my history BA.

*This month I should be stressed to be graduating into the worst job market since the Great Depression. Rightly or wrongly, I'm not.

I've been fortunate that my life has always had sense of a structure to it--chapters tied together with meaning in the connectivity and the overlap of themes. And it feels profoundly serendipitous that so many endeavors should conclude all at once even as others begin.
Posted by AlexB at 9:28 PM No comments:

Something innovative and something excellent for Sunday morning

Cutting edge bizarreness from Japan with an xkcd feel.

Also slightly xkcd, Beethoven's Symphony No. 7, 2nd Movement as a bar graph. One of my favorite pieces of Sunday morning music.

Their languid lifestyle apparently makes them second only to sloths for being the most calorically efficient mammals on the planet.
Posted by AlexB at 12:18 AM No comments: