Riding the train on a colorless day...

...through the Columbia Gorge. Well below freezing until we got out of the mountains. 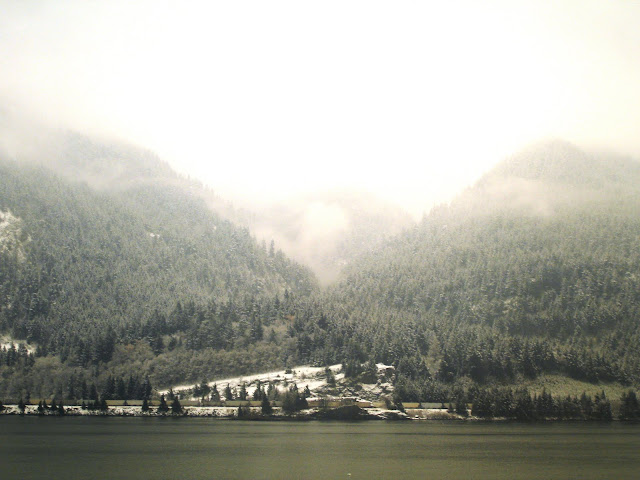 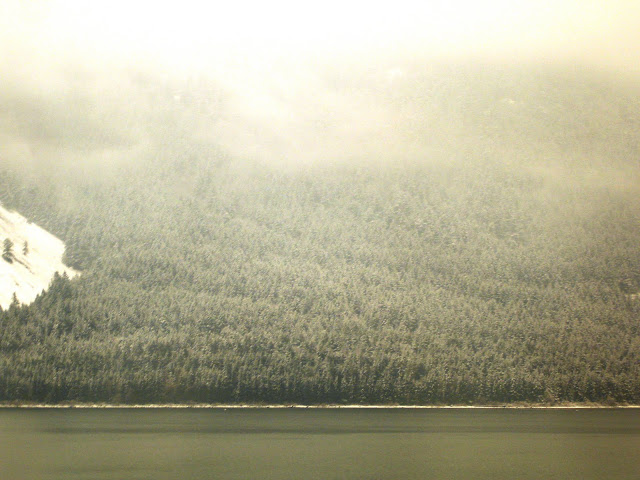 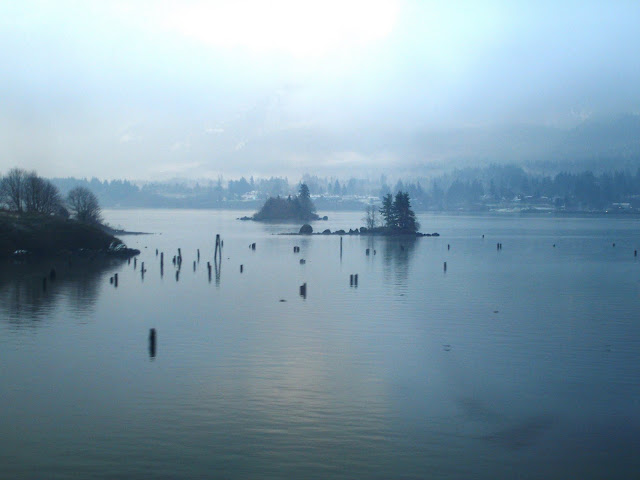 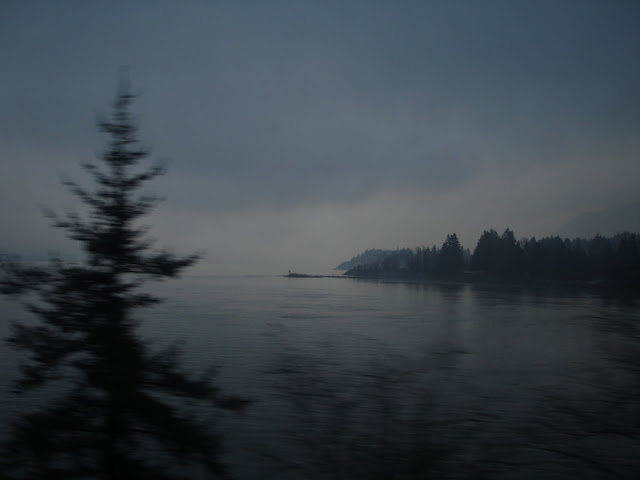 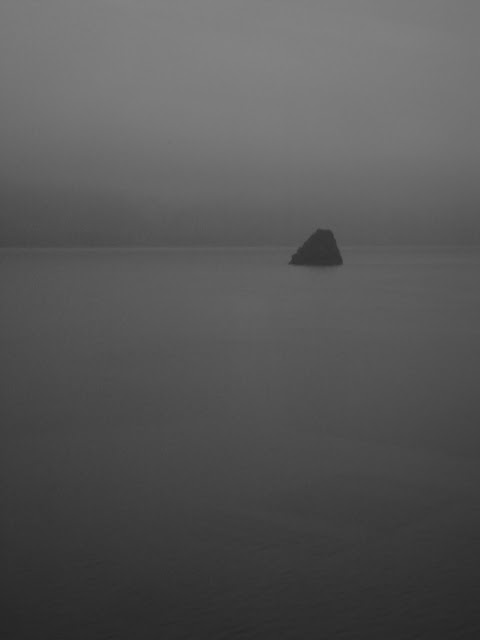 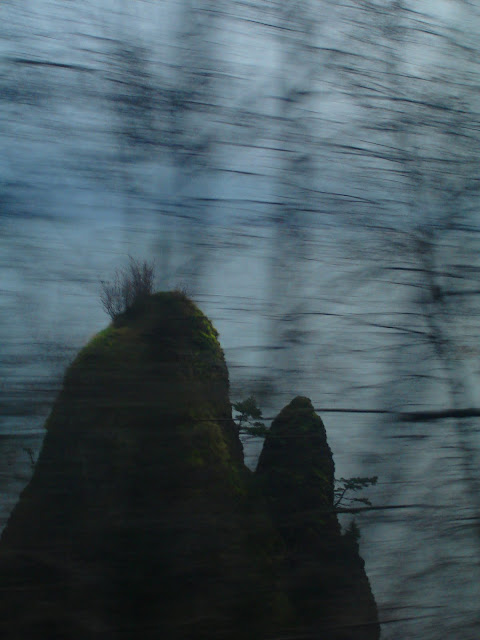 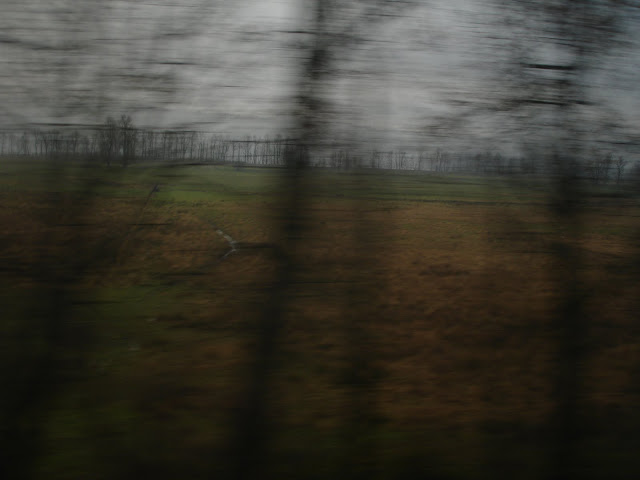 A chilly night here in P-Town

I swung by the university today to pick up my diploma, and then walked across town to the weekly meeting of the Fireside writing group off East Portland's Bohemian Hawthorn Street. Afterwards it was marvelously cold - a kind of breathtaking liquid air that put me in mind of seven weeks spent above the arctic circle in Norway back in '98. Forty nine days of guarding a two-star level TOC (a command post) and going through the Army's Winter Warfare School.

It was a great trip in a beautiful land. A place of mountains descending into the sea, cottage-like houses, and a night sky that burned with sheets of phosphorescent fire.

A gorgeous video of the nighttime skies illuminated by the aurora borealis and the lovely city Tromsø, where I passed some time a dozen years ago. Music by local electronica band made-good, Röyksopp.


If Norway's people could be staid, they also had the advantage of a well-set cultural identity that informs them of precisely who they. Quite the novelty for a kid from Nevada where nearly everyone is newcomer who settled there during the past twenty years.
Posted by AlexB at 10:48 PM No comments:

And the beauty of inner space…

…visualized in a way that was science-fiction fantasy thirty years back.


Where Cinema and Biology Meet | The New York Times

Each cell is its own solar system, filled not only with the planetary bodies of the organelles chained in their proximal relations to the nucleus, but with a myriad of cometary and asteroid-like proteins that are the widgets and self-driven molecular tools of life.

And maybe that is what makes life such an endemic part of the universe. The realities of physics and the varigies of chemistry have conspired to litter our realm of existence with trillions upon trillions of reactive, self-assembling tools. From the level of molecules up to the scale of cells, our environment is awash in organic devices and a myriad of self-folding, self-kinking structures just waiting for the correct catalysts. Well that and a relatively hospitable environment that will not blow apart newly assembled composite structures with thermal extremes or the sheering force of radiation.

After all, life is not just about reproducing, but maintaining the thermal and chemical equilibrium that makes copying oneself possible.

A similar dance of self-assembly happened even before the existence of life. Just as this vast array of molecular tools readily combines into far more bizarre and elaborate configurations, so did unthinkable numbers of quarks and particles of force bond to assemble the trillions of trillions of tons of atoms that make up baryonic matter in our universe. And this in turn was forged by heat and gravity in the furnace of stars into more bizarre and reactive forms like carbon.

A nifty vid focusing on the internal structure of a white blood cell as it “walks” along the lining of a blood vessel on its way to ingratiate itself into inflamed tissue and fight an infection.

A narration of the same video

Videos like these are fantastic tools for explaining complex systems that are difficult for much of the population to visualize. Properly narrated, these will go a long way in making the microscopic world accessible to the average Joe on the street as well as his kids in school. This will be increasingly important as our economy is becomes more-and-more driven by the manipulation of organic and inorganic matter on the scale of molecules.
Posted by AlexB at 12:33 PM No comments:

Labels: science, technology, We are living in the future

Too cute for words :)

Nineteen high-resolution images from my former employers of the snow monkeys receiving their annual pumpkins. Not only do the kids love the the meat of the squash, but they are fiends for the seeds inside.

Index of Pumpkin-Feast
Posted by AlexB at 12:04 AM No comments:

Space, it's a beautiful place... 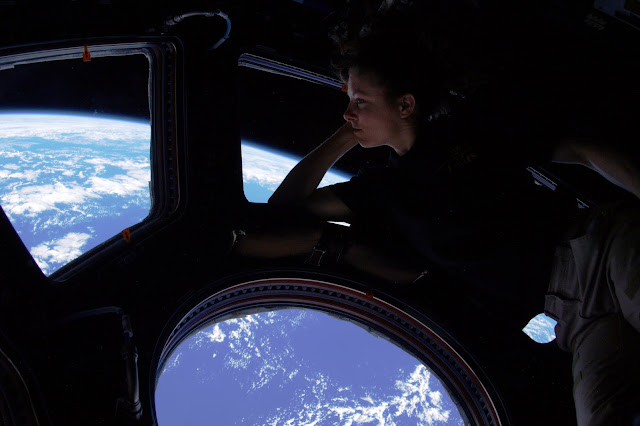 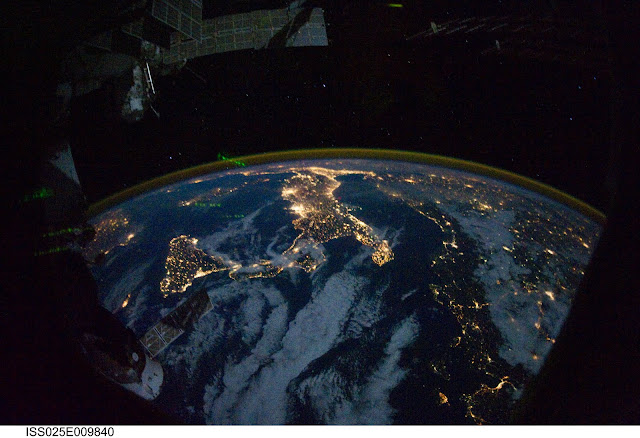 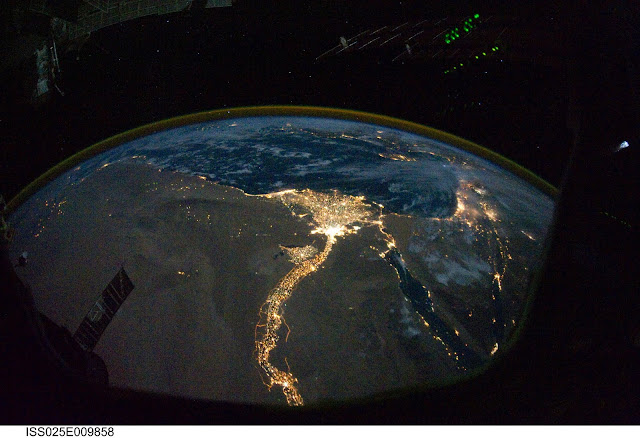 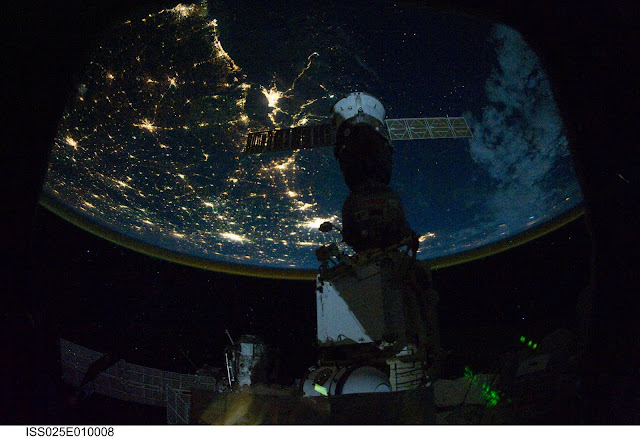 Labels: We are living in the future

Who Can Protect Us From Major Cyber Attacks? | Defense Tech

If it seems like I'm fixated on network attacks and infrastructure, it's because I am. A devastating online assault against one or more of the world's major economies with a decade of economic fallout is a much more probable scenario than a rogue nuke or any other weapons-of-mass destruction terrorist scenario.

Incidences like the recent stuxnet attack against Iran's nuclear infrastructure and China's apparent rerouting of a significant portion of the world's internet traffic really should be a wakeup call.

Related to that, the most probable global natural disaster that worries me is a repeat of the 1859 solar flare that literally burned out telegraph networks. A similar event today could take decades to recover from, and chances are we would have little warning. The time to harden our life-sustaining electronic and digital infrastructure is right now.
Posted by AlexB at 2:13 PM No comments:

For those of you genre fans here in the Pacific Northwest, I'll be at Orycon this weekend along with fellow Writers of the Future 26 winners KC Ball and Lael Salaets.

Friday evening at 8pm we'll be reading excerpts from our winning stories in the Lincoln Room as well as taking questions and signing books. Saturday from noon to 1pm we'll be sitting on a panel discussing the contest and workshop along with past winners and current authors Ken Scholes (The Psalms of Isaak) and Aimee C. Amodio (Warrior Wisewoman).

Stop by, say hi, have a book signed, and ask as many questions as you'd like. We're friendly, don't bite, and more than happy to chat!

Cheers,
Alex
Posted by AlexB at 8:37 PM No comments:

As I've mentioned in earlier posts, original literary science fiction has largely imploded, and only a handful of long-time authors can afford to support themselves writing in the genre. For writers under fifty-five, even having multiple books published is no longer a guarantee of being able to keep a roof overhead. For most successful genre authors, writing is now an after-hour activity crammed in between work, kids, and a general lack of a social or outdoor life. Those who do have a life outside the home all seem to have chosen to forgo reproducing.

So, how do they get their science fiction fix?

•Commercial tie-in novels to role-playing and war game franchises, as well as movie and TV series

As part of figuring out how to lure former readers back, I've been immersing myself in the popular works of some of these media. I'm curious about what pushes the fun buttons of our ex-readers. What still makes their hearts melt or ignites the sense of wonder for those who like their entertainment either set in the future or at least to involve elements of tomorrows technology and social issues?

Getting back into watching anime as a part of this endeavor has been great fun. Sure there is a fair amount of junk out there, as in any medium, but it has also expanded beyond the giant robot and military science fiction series that I watched as a kid.

Not that the descendants of giant mecha and anime mil-sf are doing all that bad. The Ghost in the Shell Standalone Complex anime and movies serve up shadowy covert-operations drama and explores questions of identity in an era of brain augmentation and machine intelligences.

Even more popular internationally, however, are relationship-based dramas with science fiction elements such as Tenchi Muyo! (天地無用!) or modern fantasy, like the stylish and brilliantly bizarre Baccano! (バッカーノ).

By way of warning, while Baccano! is great fun, it's also got some gratutious violence and is not for family viewing.

The Time of Eve, at the top of this post has been one of my favorites. While it's a bit of a cult hit, it has gorgeous animation and taps into issues of identity and artificial intelligence in the context of social issues and interpersonal relationships.

My absolute favorite for sheer intellectual hitting power and dramatic emotion has been Ergo Proxy.

This series also tackles philosophical identity issues, though its artificial intelligences are gene-engineered constructs, and its setting is post-apocalyptic with environmental themes and a Goth aesthetic. For me, it hits the nail on the head as far as identity being a dynamic tension between innate characteristics and external influences. While Ergo Proxy is popular, it's not for everyone as the series writers expect their viewers to actively work to figure out what is happening, and it takes a second viewing of the series to fully understand it.

Next up: Techno thrillers
Posted by AlexB at 6:33 PM 2 comments: 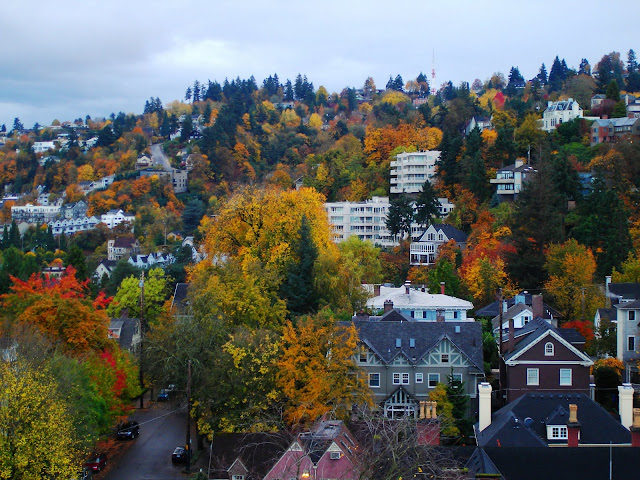 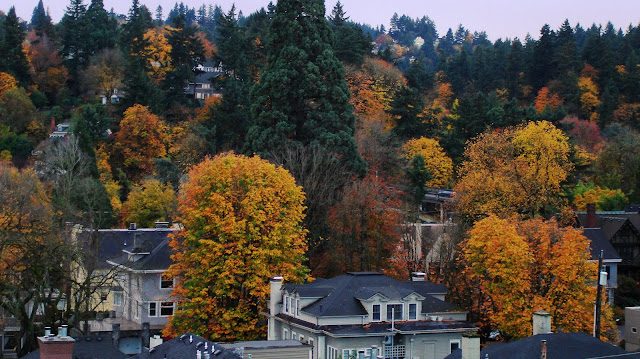 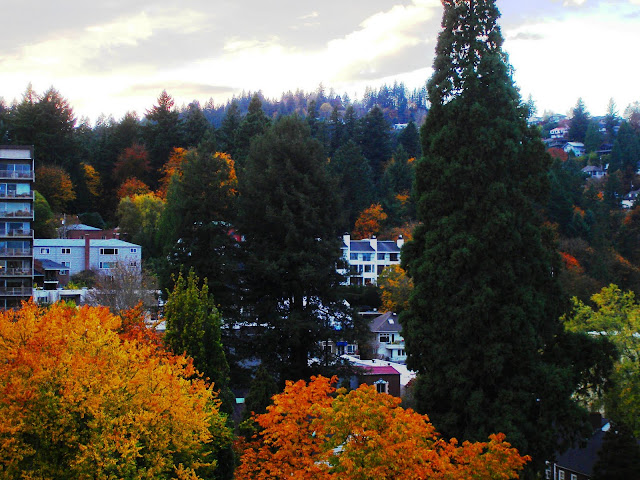 A very Scandinavian bit of storytelling I came across while hunting for music. Ten minutes long, but worth it if you're in the mood for a light-hearted but introspective piece on the coincidences that bind us together. And yes, I did use the terms "light-hearted" and Scandinavian in the same sentence. It's not all doom and gloom up there. Even Bergman had his romantically comedic Wild Strawberries along with The Seventh Seal.

One issue I grappled with in my novel Phase Line Escher was the future of portable computing--both in daily life and in combat. In the book's time frame it's entirely possible that an individual's personal data processing needs could be met by microscopic processors, so my primary consideration was display size and convenience of transport.

Essentially something with a large enough screen and useful graphic interface.

My choices for the civilian environment were tablets and pads as well as slates for people who favored larger displays. For the military, net phones to suggest the primary function of a communications device for text, voice, and graphics.

Looks like that was a good choice.
Posted by AlexB at 1:35 PM No comments:

A gorgeous and dream-like video for Kwoon's "I Lived on th Moon."

Images of the empyrean set to Boards of Canada's "Seeya Later." Ethereal

A lighthearted Free the Robots jazz piece. This is from a little-known musical sub-genre that features bebop-era jazz remixed to modern beats. If I ever wanted a soundtrack for a speculative fiction film set in the future that required a suave or retro sensibility, this is the kind of music I'd be looking to use.