Sigh. We authors should be transform doc files into digital book files the wave of a hand.

The past twenty-four hours have felt like I've spent it beating my head against the brick wall of file conversion. This is still very much a field of cobbled together hacks, lesser-of-two-evil choices, and arcane html tricks that are furtively bartered among practitioners like spells of black magic between bloody-handed necromancers.

And it's all served up on a steep learning curve for non-coders.

That said, it's also kind of fun in a puzzle-solving / research kind of way. Like any other software issue there is a lot of time spent trawling message boards looking for solutions and comments, as well as half-baked guesses, moments of intuition, and rigorous experimenting designed to isolate variables.

I haven't had this much fun applying rules of thumb and coming up with alternative lines of problem-solving investigation since I was a shade tree mechanic working on my first car, a 1967 Ford Mustang. 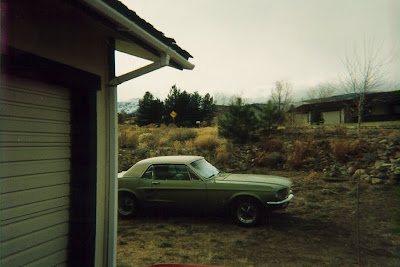 The skinned knuckles and grease under the nails are always worth the gnoetic "ah ha!" moment of hitting on a promising idea and the exultation of success when it actually works.
Posted by AlexB at 1:32 PM No comments:

“Congress consistently brings the government to the edge of default before facing its responsibility. This brinkmanship threatens the holders of government bonds and those who rely on Social Security and veterans benefits. Interest rates would skyrocket, instability would occur in financial markets, and the federal deficit would soar. The United States has a special responsibility to itself and the world to meet its obligations.”

When I was child during the 1980s, many of the science fiction novels that I enjoyed were premised on a catastrophe sometime in the decades around the year 2000 destroying or radically changing society as we knew it. It was pretty much an accepted trope or genre convention at the time, one that William Gibson helped to break with in Neuromancer.

I am often struck by the sensation of "we are living in the future" when I think back to the speculative fiction novels of my childhood. Sometimes because the future is much more futuristic that we could have foreseen. Sometimes because aspects of our our present reality match those foreseen or or guessed at by authors who lived and wrote decades ago.

It would be a shame though, if the catastrophe trope actually came to pass. While I enjoyed the thought of society rising from its ruins or a setback with a clean slate, of a culture or a nation being reborn in a more rationalized form, the evolutionary approach to change is much kinder, and in my view, realistic. The accumulation of gradual innovations resulting in a moment of profound developmental change more often than not leaves a lasting legacy of goodness. Catastrophe on the other hand--what ever its opportunities--often results in as much scaring as improvement. Those scars are frequently a burden left for following generations to unravel.
Posted by AlexB at 12:21 PM No comments:

Labels: Politics, We are living in the future 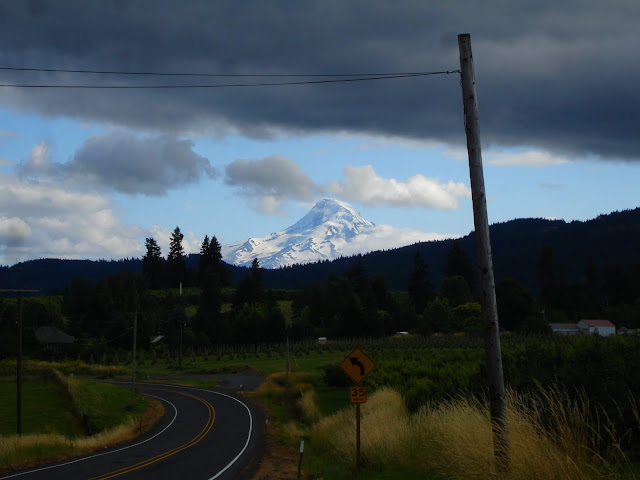 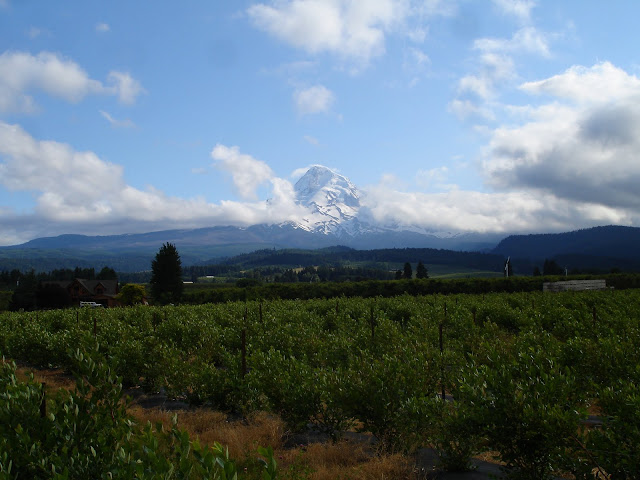 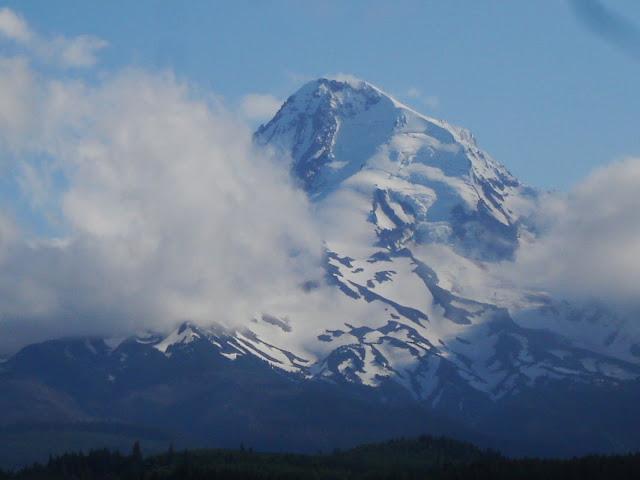 Photos of a sunset in the Columbia Gorge country 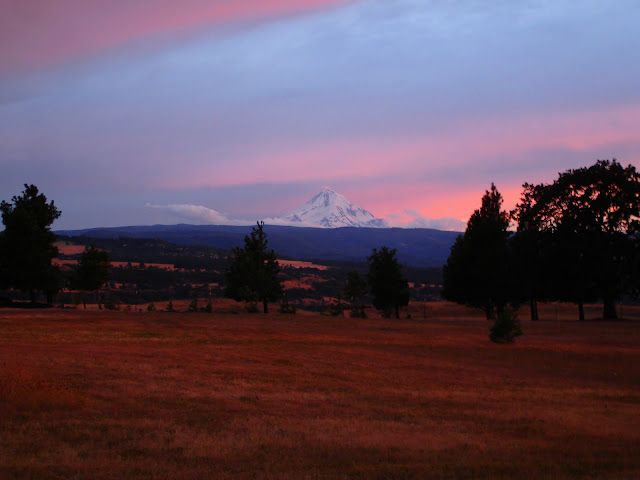 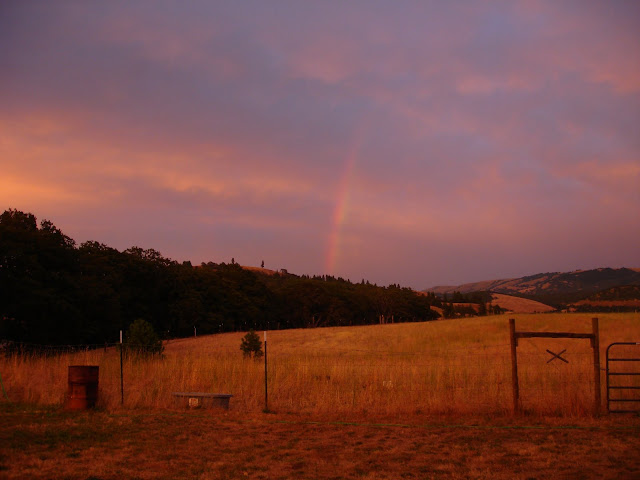 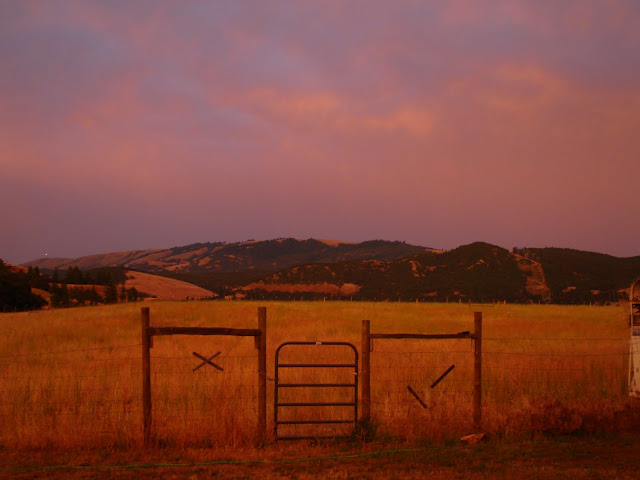 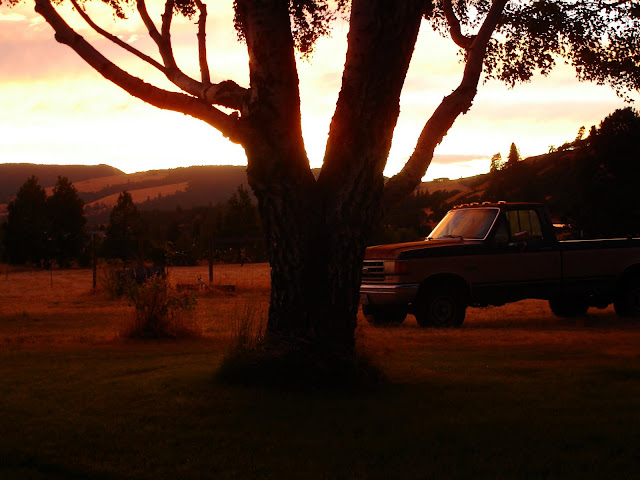 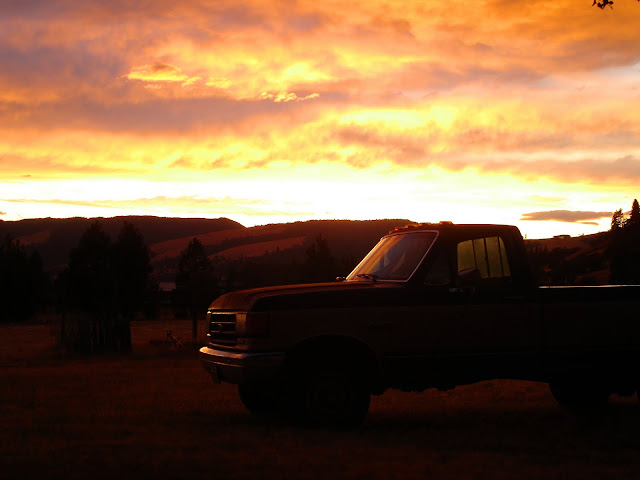 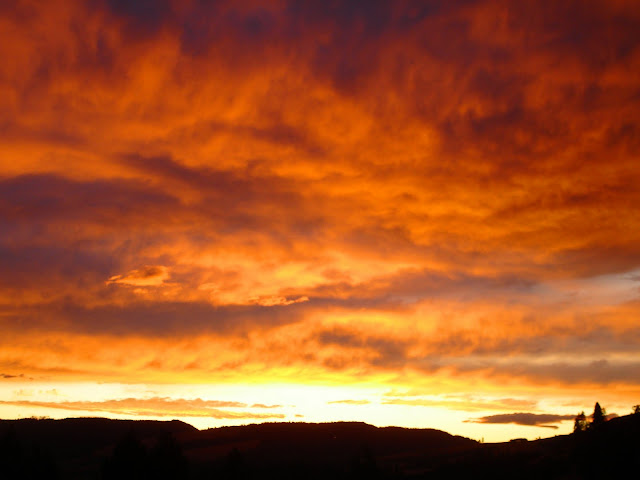 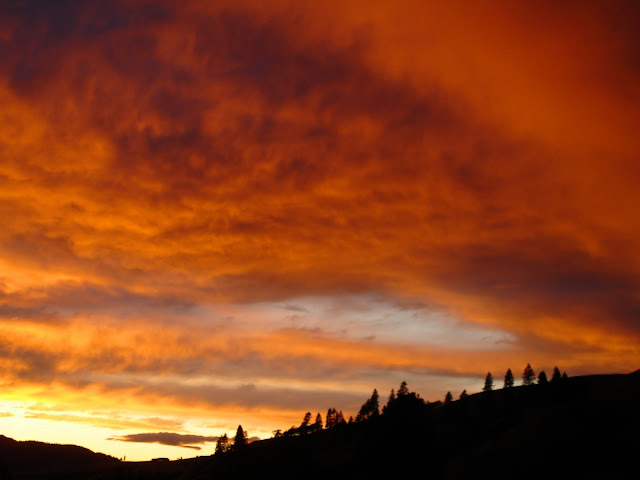 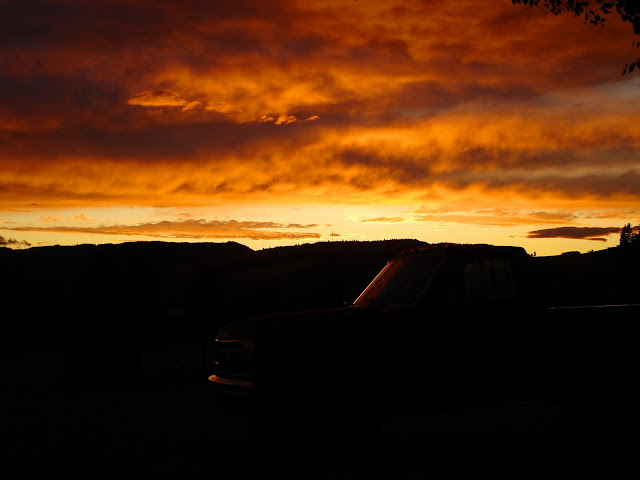 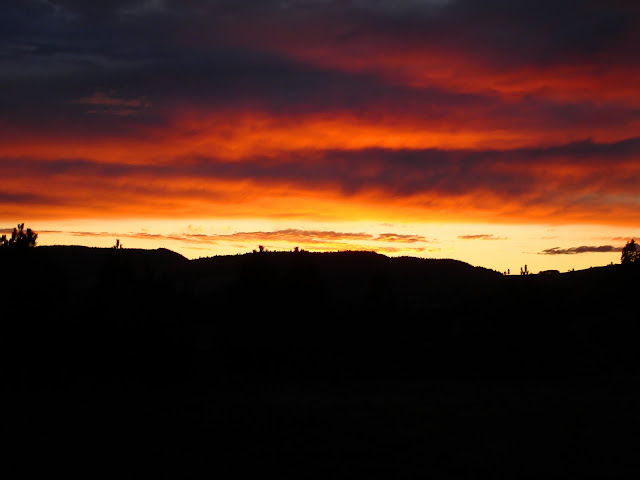 Bizarre videos and the ever-evolving Republic of Korea

It's been fourteen years now since my twelve months in the ROK, and it's fascinating to watch that country change bit by bit each year via the internet. Especially when something like this video comes along.

I won't say that a girl could have been stoned to death then for wearing a short skirt or shorts like in this video, but the repercussions would have been ugly. When I was there in 1997, the sexual revolution was only just kicking off.

How do I know this? More than one younger Korean in his or her early twenties used exactly that turn--"sexual revolution"--to describe what was happening in their country. They quite consciously evaluated those event in comparison with the sexual revolution of the 1960s that had played out in the West.

At any rate, a young woman showing as much flesh as these ladies would have been in for a whole lot of public scorn back then. That and if their families did not cut them off, they would have still had a difficult time finding anyone to marry them.

Or maybe not. Individual allowances must always be made of course, and changes were already underway then.

It's also amazing for me how much more media- and culture-centered South Korea is now. Back in '97 it was still very much a place where things were made. It was a country focused much more on industry and farming. However, South Korea very deliberately set out to catch the IT wave of the 1990s as well as create a world-class entertainment sector.

The story--as I understand--was that the president of the ROK was floored after watching Jurassic Park back in 1994. He asked a minister how much the film grossed, and upon hearing the figure, promptly ordered the creation of a Hollywood style film industry.

I wonder what it's like these days be a young American visiting the Land of the Morning Calm. It must be entirely different with the threat of imminent war gone and the people of South Korea experimenting with the possibilities and pitfalls that an economy of affluence offers rather than struggling to make a living in a rough industrial economy.
Posted by AlexB at 12:08 AM No comments:

Photos of a gray and beautiful day on the Oregon Coast 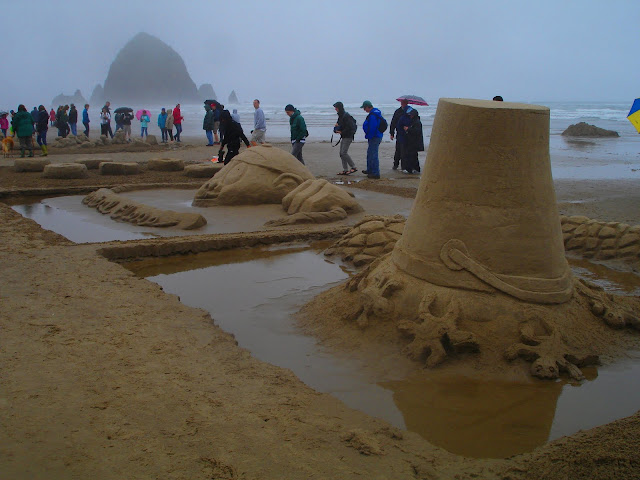 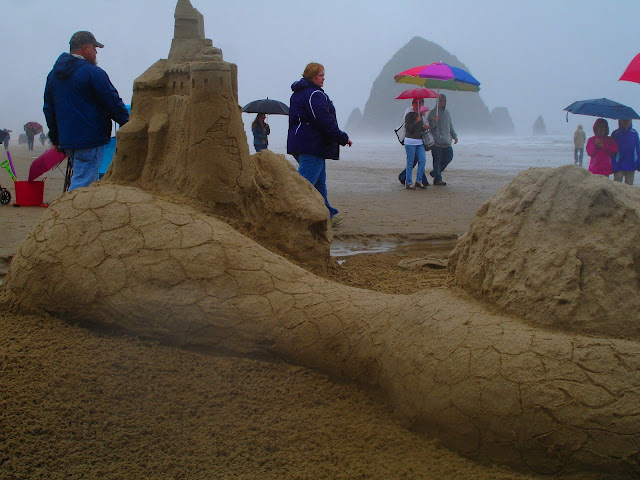 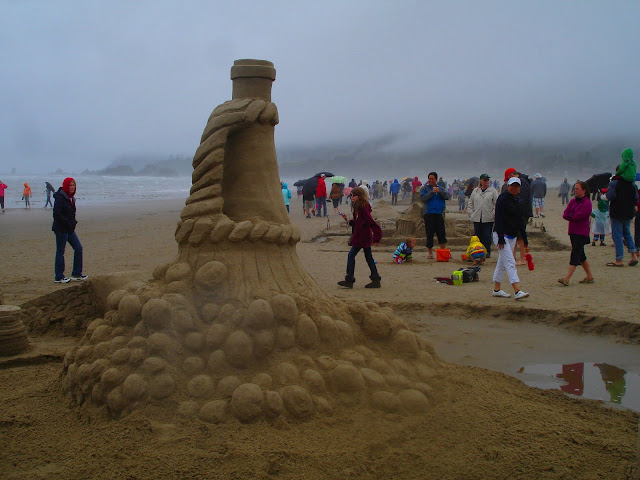 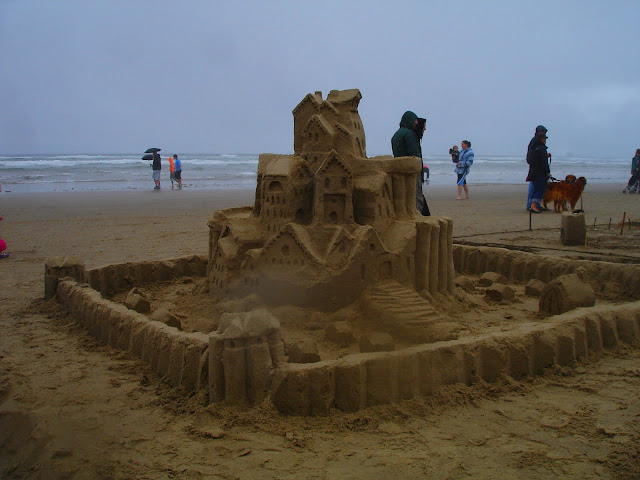 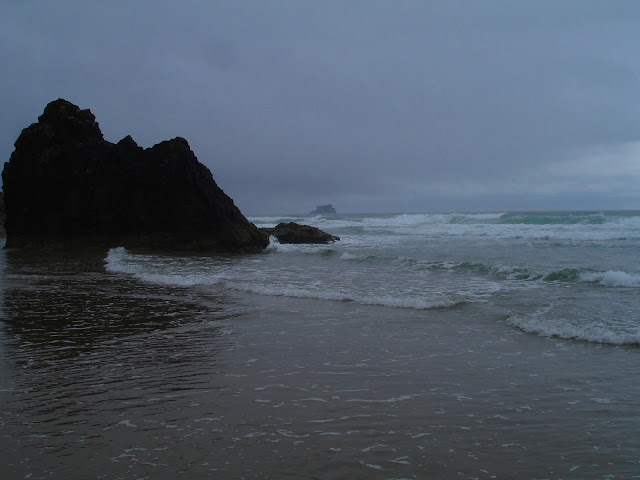 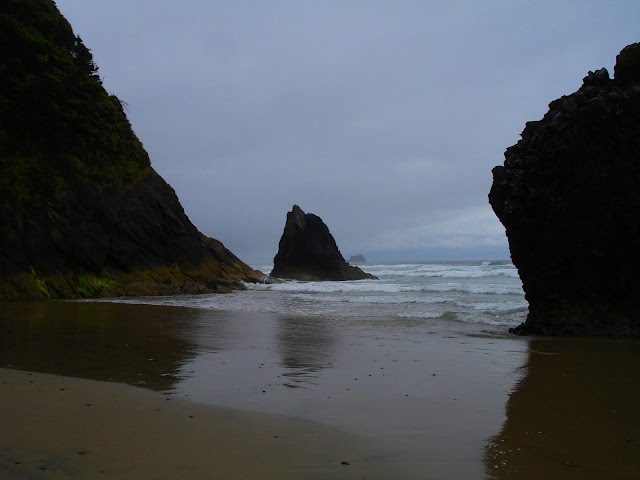 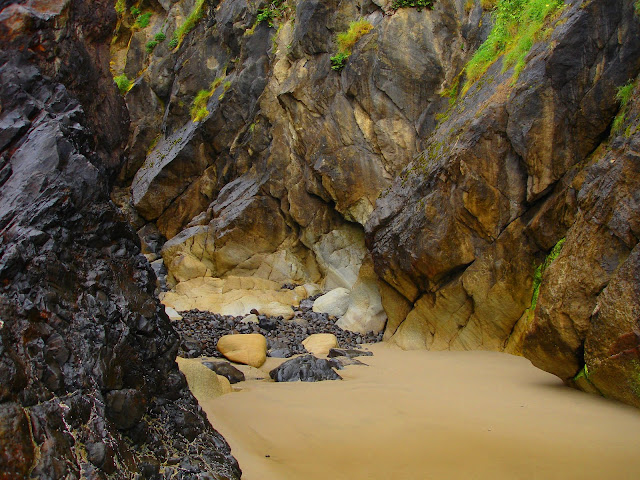 I seem to be on blog hiatus this summer. Mostly due to the push to put a package of a short story, novella, and novel up on Amazon and other digital publication sites. That and simultaneously launching a career as a freelance writer for hire. Regular updates with original written articles should resume next month.

In the meanwhile, happy 4th!