Putting on my tech blogger / copywriter hat for a bit...

I've been fortunate that I've been able to get in some good quality, paid research time recently as freelance technology and business writer for a series of articles on technology startup funding.

While I could happily (even gleefully) throw up dozens of links to interesting information sources on tech startups and the chaotically evolving world of startup financing, the two links below to Y Combinator founder Paul Graham's essays on running a startup and the current state of venture capital in IT are the best written summary essays that I've come across, if you have an interest in these topics.


"How to Start a Startup"

"The New Funding Landscape"
Posted by AlexB at 2:18 PM No comments: 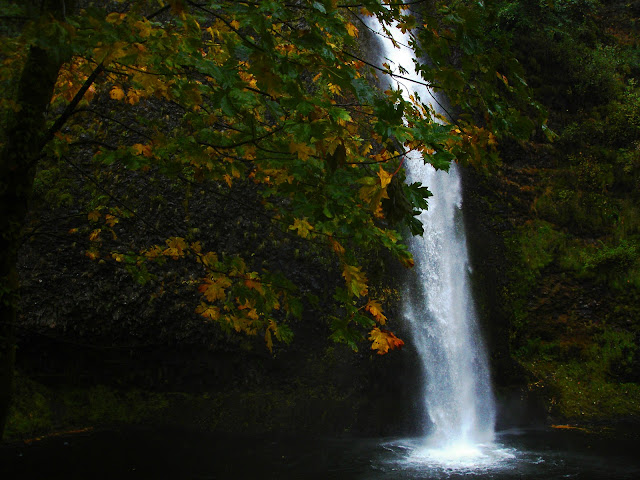 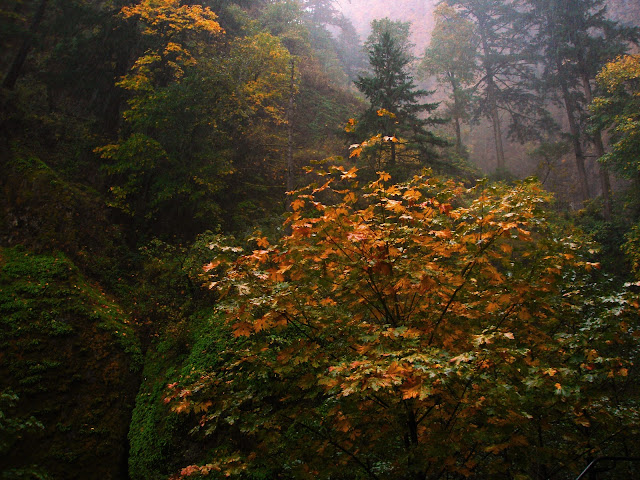 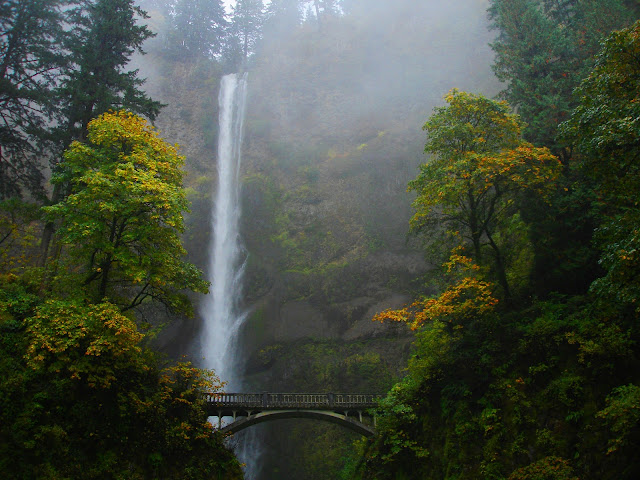 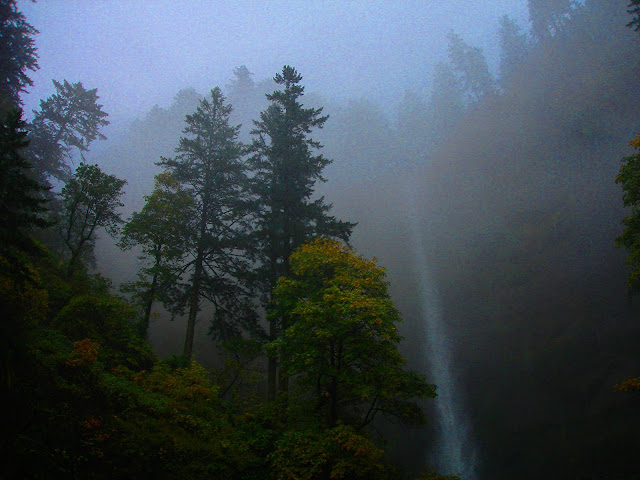 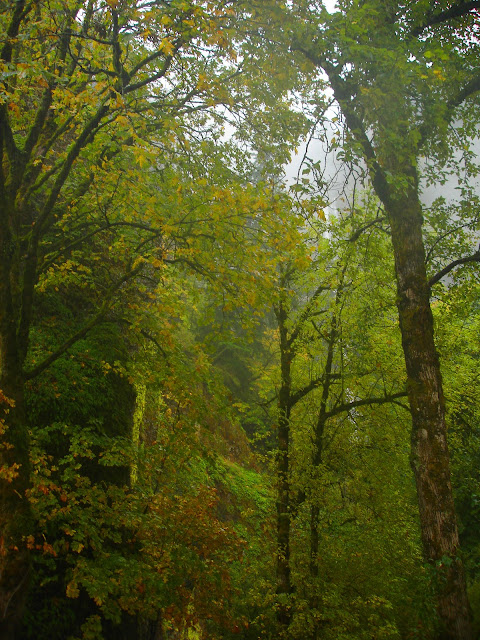 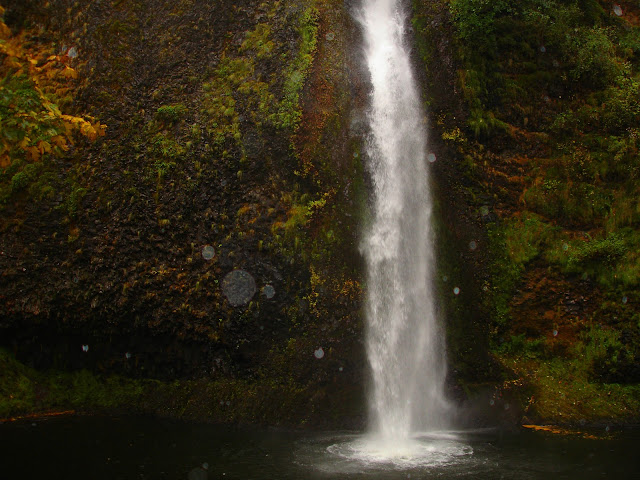 Labels: We are living in the future


OK, so there's not as many of them in Portland as popular opinion would have you believe. Still, they do have a presence here in the city. But where do they come from?

I actually do like a lot of the music that they listen to. I suspect that being a hipster will end up being a lot like being a goth back in the day. A phase that you grow out of, but one that leaves you with an appreciation for good music and books. Or lets say, books and music that are more complex than mainstream tastes.

Our finite perception, for the time being

Our brains have evolved to deal with issues at our own scales: mates, rivers, apples, rabbits, and so on. Our brains simply weren't built to understand the fabric of reality at the very small scales (quantum mechnics) or the very large (the cosmos). As Blaise Pascal put it, “Man is equally incapable of seeing the nothingness from which he emerges and the infinity in which he is engulfed.”

I'll add a short caveat to Pascal's observation about our lack of ability to see the quantum void of raw potential or the scope of the universe on the cosmological scale. We are equally incapable of seeing these realities, at this time.

The brains we have today are the augmented apparatuses that our children and their descendants will have tomorrow. Even as we learn about how the minds our brains generate are limited by the constraints of biology and our evolutionary history, we are developing the knowledge base and the technologies to push back the organic boundaries that constrain our comprehension.

Not that I'm working on publishing a military science fiction novel about this or anything...
Posted by AlexB at 1:37 PM No comments:

Technology Is One Path Toward Sustainability | Orion Magazine

An interesting look at the very real environmental crises confronting us and why First World environmentalists have been unable to successfully fix these problems over the past past few decades.

Technology Is One Path Toward Sustainability | Orion Magazine:

I don't agree with the authors' characterization of current environmental beliefs as an "ecotheology." Most adherents are demonstrably secular in their outlook. I do, however, agree that an almost puritanical anti-technology zeal on the part of environmentalists whose lives embrace technology and all-too-often negative attitudes towards their fellow human beings have contributed the ongoing failures to tackle problems like global warming. That and a willingness to destroy the livelihoods of indigenous people or blue collar workers without creating effective alternative forms of employment, as was the case with much of the timber industry here in the Pacific Northwest during the spotted owl debate of the 1990s.

All of which is a great tragedy. Even as global climate change is helping to drive numerous local crises around the world and threatens to inflict much greater misery on the lives of billions, the issues have become highly politicized here in the US. Sadly, much of the working class and many in the developing world have come to see environmentalists as a threat to their ability to feed themselves and their children.

Of super volcanoes and the Old West "It is odd, to watch with which feverish ardor Americans pursue prosperity, and how they are ever tormented by the shadowy suspicion that they may not have chosen the shortest route to get to it.


Americans cleave to the things of this world as if assured that they will never die, and yet are in such a rush to snatch any that comes within their reach, as if expecting to stop living before they have relished them. They clutch everything but hold nothing fast, and so lose grip as they hurry after some new delight.
…
Death steps in in the end and stops him before he has grown tired of this futile pursuit of that complete felicity which always escapes him.


At first there is something astonishing in this spectacle of so many lucky men restless in the midst of abundance. But it is a spectacle as old as the world; all that is new is to see a whole people performing it."

To create a future I've been on a trip through the 1800s. Not a deep immersion in books and film, but more of a refresher survey to look up interesting events and concepts to help with generating a sense of place and atmosphere for the Post-Yellowstone super volcano novella I'm writing. Or more accurately, to create the feel of a unique time period in which the circumstance of human life and behavior differ from our own in strange and exotic ways.

It's a pioneer story on one level, crossing the wastes of snow and silicate volcanic ash in the Midwest and Great Plains towards a distant goal, so I've been going back to stories of the westward migration. And since I'm looking for tension, drama, and a tragedy to triumph over, I'm revisiting the history of the Donner Party.

In some ways all of this is about creating an underlying matrix of tensions to generate an atmosphere of unspoken impressions. For example creating the feeling of a lawless environment in which there are human predators and there are people who have banded together around common ideals or necessities to create a community. Then there is the sense of isolation. A feeling of a frontier and beyond that a vast wilderness that is a setting for both hopes and nightmares. Also, a sense of vast physical space, remoteness, and threat of natural hazards from an austere environment that is both beautiful and deadly.
Posted by AlexB at 12:13 PM No comments:

Idoru: The disconnect between fiction and reality

I first came across the virtual idoru concept in the William Gibson novel of the same name. It turns actual software idoru's are a lot less sexy and a lot more bubbly than I had realized.

Oh well. One day we will get the frighteningly attractive robotic overlords that we deserve, rather than schoolgirl A.I.s singing about their famous love of vegetable juice.
Posted by AlexB at 11:57 AM No comments: