The unholy mating of Oregon's Rogue Ales brewery and Portland's Voodoo Doughnuts: Voodoo Bacon Maple Ale. Stamp a bird on the bottle and it'd be an Portland trifecta.

Eight solid hours of sleep is a recent adaptation

BBC News - The myth of the eight-hour sleep:

I'll admit that despite having had plenty of experience camping or living outdoors for a month or more at a time in the military, I'd never really given much thought to what life was like before artificial lighting. That and I never suspected that modern sleep habits are a very recent adaptation. Still it makes sense that during periods with more than eight hours of darkness that sleep would be a segmented affair, and that individuals and cultures would fill those periods between first and second sleep with a variety of common practices.

Interesting stuff, and it makes me wonder how our descendants' lives will differ from ours.
Posted by AlexB at 11:51 AM No comments:

So, us VIRAL Novels authors just did a group interview with the venerable (by internet standards) Chronic Rift pop culture website. The podcast version will be up on March 8th.

The interview was a not only a fun experience, but I'm still very happy just to be in the company of some well-established, strong-selling authors.That and the fact that we were even able to do a group talk, scattered around the globe as we are, was a great we-are-living-in-the-future moment.  Steven Savile was in Sweden, Keith DeCandido on the East Coast, Jordan Ellinger and I were out here on both sides of the international border in the Pacific Northwest, and zombie apocalypse author par excellence Jason Fischer was sitting at his work desk on lunch break on the other side of the international dateline in Australia.

Also, we confirmed that the trade paperback ominibus edition will be out this year here in the US for people who like their stories in ink and paper.
Posted by AlexB at 3:14 PM No comments:

Labels: The Call, VIRAL Novels, We are living in the future, writing

The massive Long Valley caldera volcano is located about two hours south of where I grew up in Reno, and not far from the famous Mono Lake, Yosemite National Park, and Mammoth Mountain. It's a fascinating place to wander around and see the formations of heat-fused ash and other scars that hint at the enormous scale of an eruption that buried much of the Southwestern US under silicate ash 750,000 years ago. 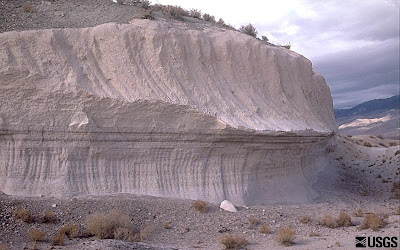 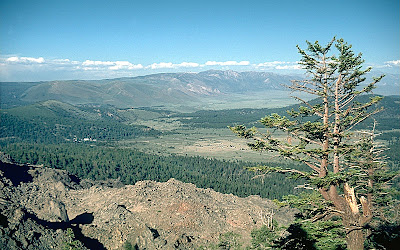 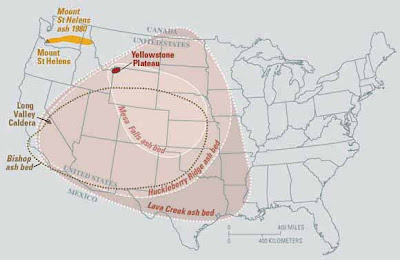 One of my playlists for writing science fiction. Music  that is stylish enough to fit into a slick Hollywood production about an optimistic future, and intense enough to be interesting but not arresting. In other words, it's meant to be like a cup of good coffee. Something stimulating that you can enjoy while doing other things.

The lack of recent blog posts

In the past month and a half I've cranked out a 33,000 word novelette, an 8k short story, the first 5,000 words of a second short, critiqued a novel for a friend, edited my own first novel, and written a dozen copywrite articles. So, lots and lots of words, but not much time for generating any new ones for the beloved blog.

Despite online journals having peaked and fallen out of pubic favor, I continue to enjoy posting here on Consilience. In part to share cool things like photos of the Pacific Northwest, Links, comments on relevant videos, and general observations, but also because blogging is a fun platform with which to occasionally experiment with topics and writing styles that probably won't end up in my genre or copywriting work. So, I'l be back to making regular posts here on Consilience once the current, unusual load of projects is finished.

In the meanwhile, I'm immensely curious to see how events will play out starting in March with the release of my novelette, The Call, which will be appearing in the first wave of Steven Savile's VIRAL Novels series. In part because I was floored to get the invite to contribute to this ambitious techno thriller project as one of two junior authors among a posse of established names. But also because the entire undertaking is an experiment in new wave publishing. Even as the traditional print industry continues to decline, new and uncertain avenues of connecting with readers are emerging.

So, we'll be releasing these stories in ebook formats on Barnes and Nobles Nook with publicity support from B&N, and then on other online stores, with an omnibus print edition to follow. Steve is pretty much inverting the normal order of publishing with this project, but given his successes with the new platforms, including selling tens-of-thousands of ebook copies of his thriller Silver on Amazon it's an interesting and experimental undertaking that I'm happy to be a part of.
Posted by AlexB at 2:17 AM No comments:

For an overplayed meme, this particular iteration is well executed and funny.

"The Black Side of Memory"

Fellow Writers of the Future winner Lael Salaets now has his award-winning military science fiction short, "The Black Side of Memory," up over at Smashwords.com in a variety of ebook formats. "Black Side" is the story of a small band of former Force Recon Marines attempting to retrieve troubling memories that were purged from their minds in the aftermath of a grim interstellar war.
Posted by AlexB at 4:15 PM No comments:

Labels: Writers of the Future

So true, and so damn funny!

25 Reasons That Writers Are Bug-Fuck Nuts:

Nano quadrotor swarm hints at the robotic air force of the future | The Verge: