BBC News - Supervolcanoes 'can grow in just hundreds of years':

I've been apartment hunting and getting ready to move this week, so my writing hours are all going to fiction. I'll have some ruminations on cyber warfare and infrastructure issues later this week.

Two years with the Yakuza

Interesting words about distribution and the creative arts from a man at the top:

We’re in transitional world right now, if you’re in any kind of artistic field, because the nature of distribution is changing. The models by which creators got their works out into the world and got to keep a roof overhead and buy sandwiches while they did that, they’re all changing.

I’ve talked to people at the top of the food chain in publishing, in book selling, in music, and all those areas, and no one knows what the landscape will look like in two years from now, let alone a decade. The distribution channels that people have built over the last century or so are in flux, for print, for visual artists, for musicians, for creative people of all kinds. Which is on the one hand intimidating, and on the other, immensely liberating.

Sorry about the lack of posts. I'm juggling several projects and doing a  lot of writing at the moment.

I'll have something new up next week.
Posted by AlexB at 7:37 PM No comments: 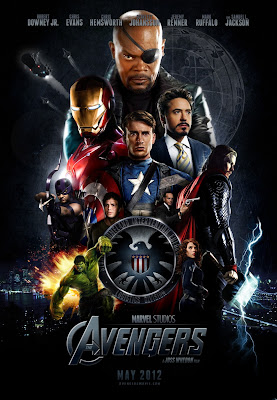 I'm  impressed. It wasn't just the fact that Whedon managed to successfully Tetris seven protagonist into a single story while nailing all of the "hell yeah!" moments expected of a blockbuster action film. He also stayed largely true to the original lore of the characters while opening them up a mainstream audience. Often that level of geek enthusiasm bogs down a story rather than giving it the gleeful energy that the Avengers had.

I was also deeply impressed by the ability of Joss Whedon to scale up--something I was skeptical about given his twenty years spent largely working with small casts and budgets on television series. Especially since I've never been a strong partisan of his works.

Well, that said, I did become a minor Buffy fan way back during my Balkan's peacekeeping period in the Army. A good friend from a rural working class background had somewhat improbably been hooked by the show, and so every Wednesday night was Buffy night in our room of twelve crammed together-scouts, way back when Buffy was running on the Armed Forces Network. It must have been an interesting sight to outsiders--a dozen or so Joes from different economic classes and ethnic backgrounds packed shoulder to shoulder around a television watching the adventures of a vampire-killing white girl from the suburbs.

I can't say I was hooked, but I enjoyed it and later the show became a gateway into Firefly and Serenity, which were closer to my tastes. That was the point when I clued in at long last to the obvious (and much discussed) fact that along with writing snappy dialog Whedon is great at exploring family dynamics and the emotional ties that emerge between disparate people thrown together in dire circumstances.

So if you haven't scene it already, go out shell the nine or so dollars. There's a lot to learn from this film craft-wise.
Posted by AlexB at 3:19 PM No comments:

But probably only after the war is over at the rate the US Air Force is going.

The US Air Force went off the rails in a big way this last decade. Not only has it been unable to deliver the 5th generation fighters it's staked its future on in order to fight a war against a hypothetical enemy for anything close to the budgeted cost, numbers, and reliability it promised, but it also hasn't been able to field even a small fleet cheap ground attack fighters to take part in the actual wars that we've been fighting in the meanwhile.

After dragging its heals, kicking and screaming for several years, the Air Force started the process of setting up a contract to to buy a light attack planes optimized for close air support in conflicts like Iraq and Afghanistan in 2008. After finally having conducted a flyoff between competing designs earlier this year, it's torn up the contract it signed with Embraer because of a "paperwork error."

So back to step one, eleven years after we started fighting low-intensity insurgencies as our bread and butter operations. Thanks a heap USAF...

Hiking the wetlands reserve on the Willamette River while on my way to the grocery store. Click to enlarge. 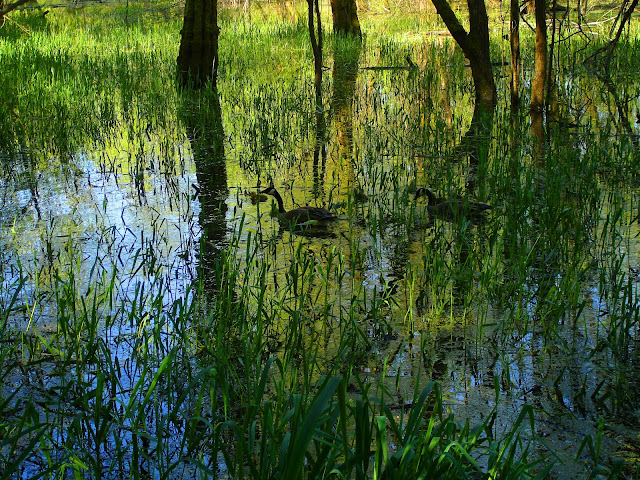 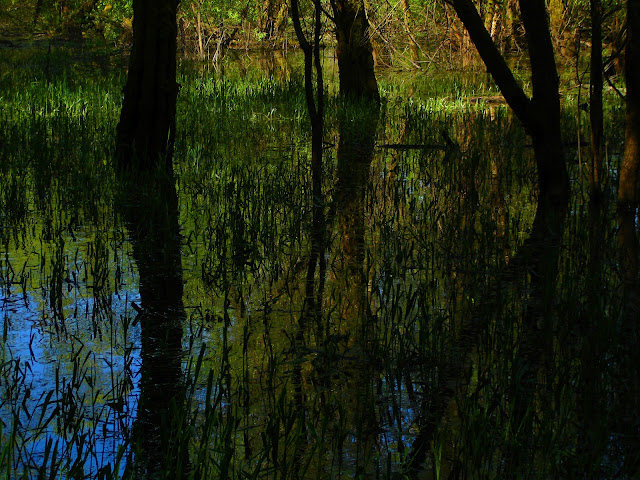 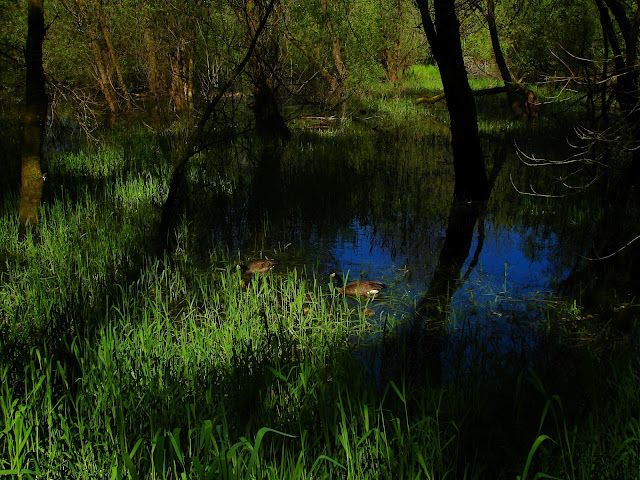 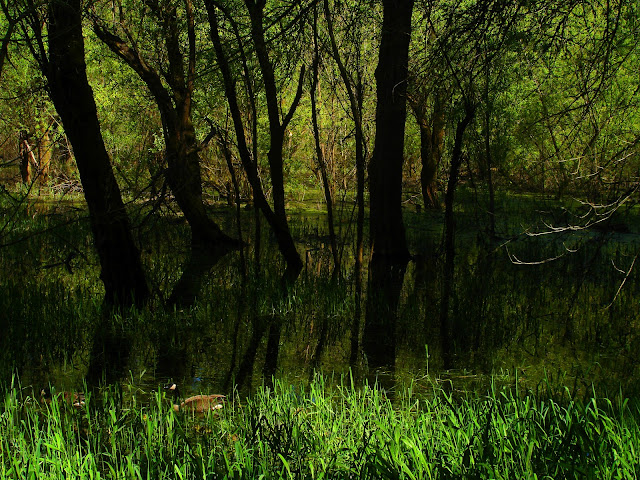 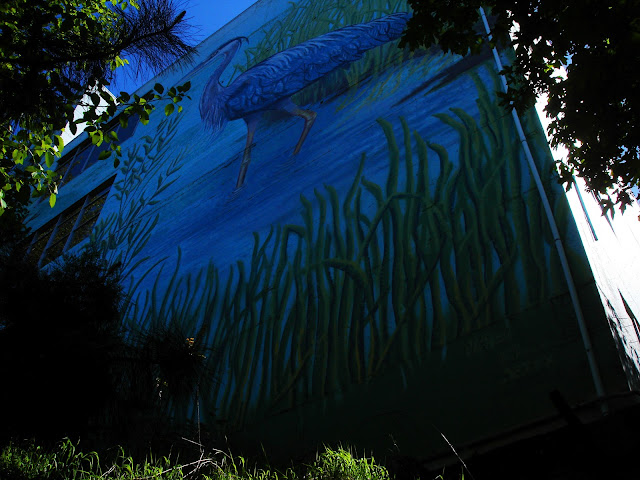 The local mortuary, with fifty-foot-high murals depicting the wildlife in the reserve. 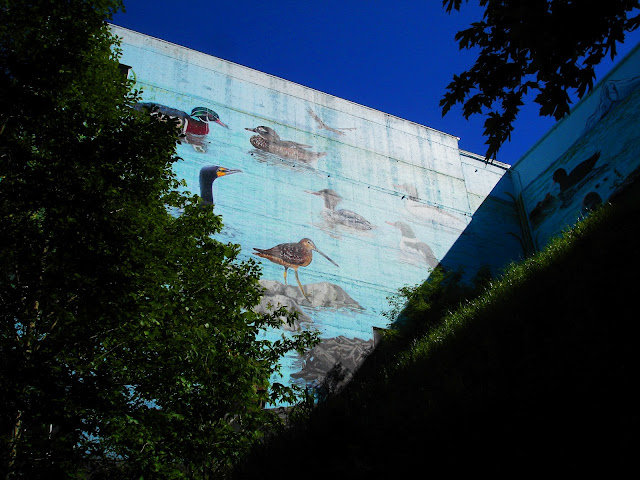 If the zombie apocalypse ever tacks place were're pretty much boned on this side of the river, living a mile or so from a major regional mortuary. 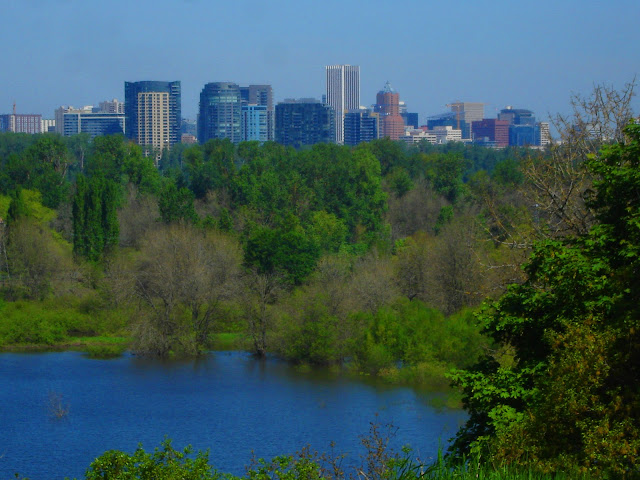 Later in the weekend, hiking up Mt. Tabor, one of Portland's extinct cinder cone volcanoes. Surprisingly, building reservoirs into the side of a dead volcano here in earthquake country is a solid idea. The basement of fresh, young basalt rock provides excellent protection against the swaying and shaking that does so much damage during a major quake or subduction zone event. 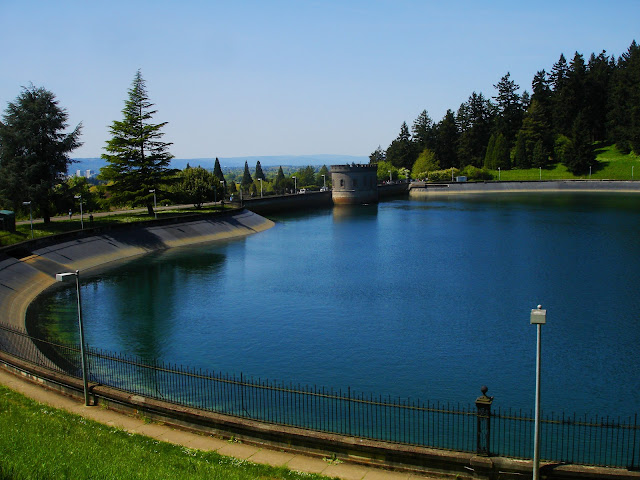 Beautiful photos of the lawless Kowloon city that used to exist in an anarchic legal no-man's land between British-ruled Hong Kong and mainland China. Via Ty Carter on Twitter.

The brain as a bundle of engineering compromises

The recent story of a college dropout who began perceiving the world in terms of geometric proofs and turning out scores of gorgeous, math-based drawings after a head injury reminds me of Dr. Oliver Sach's account of a painter who lost the ability to see or even think in color after a car crash, but went on to produce very beautiful works in black, white, and gray after he had learned to cope with his new perception. It's also similar to Sach's story of stroke patients whose spoken language faculties were impaired by damage to the brain, but who gained an uncanny ability to discern if other people were lying by reading their facial expressions and body language.

There are several such stories in medical literature of unusual abilities emerging after instances of brain trauma, but why?

It's a bit of a mystery, and it gets even deeper when considering the many classic--if disparagingly named--cases of idiot-savant combinations. The pairings of developmental deficiencies present from birth with superhuman artistic or mathematical talents.

So why, why, why is there so often such a steep price for such super-human talents? After all, wouldn't it be a considerable advantage to go through life with these kinds of gifts?

Stepping back and looking at this question from a wider perspective sheds some light on the matter. Yes, it might be nice to have these abilities in a modern society with academic, business, and scientific institutions where these talents are useful, but they probably wouldn't have done much for any of our ancestors living in small bands of hunter-gathers. In fact, given how often such abilities are tied to difficulties in communicating or social reasoning, they could well be detrimental to survival and reproduction. After all, being an effective member of a foraging and hunting band was normally what counted first and foremost for being able to pass ones genes on to the next generation.

The neurological price for carrying out all the social interactions, bonding, and teamwork that makes a band stay together through thick and thin may have been a brain more focused on empathy and intuiting the emotional states of other human beings rather than strong visual, analytical, or spatial reasoning talents. The level of integration between the emotion-mediating limbic structures of the brain and its reasoning forebrain might blunt or retard the pathways involved in deeper, pre-conscious levels of analysis. The very kind that create savant-level feats of memory, art, and math.

Anyways, this this is a lot of speculation on my part, and should be taken with several grains of contextual salt.


‎Build me a future, splendid and graceful. Make it better by design. Perfected strategies, applied technologies. A brighter future, for a darker age...

From now to the end of eternity I'm going to listen to this electronica track every time I sit down to crank out my 3000 words of daily genre work.  It's pretty much a paen to optimistic science fiction as a hope for a better future in a ugly present.

I just discovered this group, VNV Nation, through a friend, and I plan on spending lots of quality time with their discography over the next few weeks

On a totally different note, here is one of my Sunday play lists of classy jazz. It's been chosen for songs that are both good and accessible, so that most listeners should enjoy them. In other words, nothing too crazy, abstract, or avant-garde.

Sundays are my off day. A rest period when I take a break from electronica, techno, indie, and alt in favor of classical works and the many flavors of jazz. That and bluegrass on occasion.
Posted by AlexB at 4:00 PM No comments: