Structure is function. The shape of a bioactive molecule defines the other molecules with which it may interact: those with complimentary shapes. Shape defines function. The modern idea of computation adds an extra item. Now the idea reads "Structure is function is computation." So Structure can now be seen as algorithm. Consequently, the evolution of biological structure is the evolution of algorithms. As simple as this shift in perspective may seem, its consequences run deep and will continue to emerge in the coming century. It's information processing all the way down and all the way up. From the way that...molecules...interact with the brain to large-scale "mental effects" of this interaction as one's mood lifts - it can all be described as a vastly complex computation.

Our chromosomes are powerful computational devices, each one a compilation of programs known as genes. When read by RNA editor loops they produce other RNA strands that in turn generate proteins. Some of these proteins become the static load-bearing structures of biological life. Others are bioactive. In other words interactive with other proteins and RNA strands - RNA being an evolutionarily older, more volatile form of genetic information storage structure than DNA, which complex multicellular lifeforms often uses as a type of functional memory for active processes, similar to RAM. Various meetings of bioactive proteins, or of proteins and RNA, initiate cascading sets of chemical signals that change the operation of a cell, or organs like the brain. Many protein-on-protein and protein-RNA interactions ultimately feed signals back into chromosomes, activating still more genes and leading to the generation of other proteins and RNA strands.

It's a breathtakingly complex series of feedback loops and cycles, many of which we're only starting to understand. The sequencing of the human genome showed us the source code of human biology, but we're just getting into the operations of that code. A code that's not only self-replicating, but self modifying, self-referencing, and interactive both internally within the scope of its own functionality as well as externally with inputs from the complex environment outside the human body. Aside from the brain - if you chose to count the human brain as separate from this truly byzantine system, which underlies the brain and all its works - the protenomics of our genomes are the most complex systems we know of in the universe. Learning how they operates and how to interface with them is going to take some time.

Once we've reached a functional mastery, or at least competency, however, this will change who and what we are. The algorithmic shapes of bioactive molecules can be read by machines, and at some point machines will gain the ability generate targeted streams of these biological bits and bytes in real time. One day we will be able to see and affect processes that at present we can only blindly and indirectly manipulate with the huge 'n crude synthetic molecules of pharmaceutical medicine. Molecules that often succeed in fitting a round peg in a circular hole within the world of cell surface receptors - (the transducing communication portals of cellular life) - but which also gum up or  many a square - and triangle-shaped hole, leading to all kinds of side effects. And of course there are many viruses and disease-inducing bacteria whose infectious internal and external computational processes we are largely powerless against in our molecular ignorance. Our own, cancerous, runaway cells within our bodies sometimes become more and more adept at dodging the blind attacks of our chemotherapy regimens in a process of quick internal evolution that sometimes ends with the life of the human host along with the rebellious processes. A lethal adaptive spiral that we can only glimpse through statistical analysis in the lives and deaths of many, many humans, and at several removes from the actual events taking place with the culprit cells.

Accessing biology at the level of bioactive molecules will allow us to bring an entirely new level of awareness to the practice of medicine. It will also give us augmentative power. The same technology that can optimize a slow metabolism will likely boost strength or endurance or one of the other physical processes that we call human features. New computational treatments that addresses structural deficits in the processes of attention and focus affected by ADD and schizophrenia, as well as those that moderate cycles of anxiety or depression, will let us selectively change the base functions of consciousness to make us more than who or what we already are. Or at least let us make the attempt to gain everything from better focus, to savant talents, to perfect memory, more balanced emotions, and enhanced pattern recognition.

In recent decades we've created a global external system of electronic memory and data processing that's changed our lives and which may change our biology. Already there have been some feather-brush laboratory moments in which this new system of systems has reached into the flesh and blood world of computational biological processes taking place inside living organisms. In the not so distant future, those light touches will likely give way to systematized interface for the sake of healthcare, plugging modules of the world's external data network into the intertwined neuro-electric and chemical computations that are us.

We are very much information systems originally written by evolution, and we will find ourselves able to edit and possibly even rewrite the network that is us with this outside electronic network.

Humanity will likely become beings of computational biology on an entirely new level: self-referencing, self-modifying, and quit possibly connected with one another ways we'd be hard pressed to imaged today. We might even end up networked on many levels with new computational entities of light and electrons, who evolved in the competitive niches of digital markets and cyberwarfare ecologies. It's a lot to think about.

Revisiting Skryim and its Mods

I recently reloaded Skyrim to see what the state of the modding community is, and to test the stability of my mod collection now that last of the major updates to the game has been released. Overall I was pleased with both the look and performance...after I cleared up that graphics stuttering issue introduced by the final major update.

I'm still floored by the mod-driven evolution of the game. The final product I ended up enjoying is a very different experience from the out-of-the-box bare bones edition I first downloaded off Steam in November of 2011. Much more colorful, textured, richer sounding, and with greatly enhanced non-player characters and interactions, as well as a stunning array of enhanced player character customization options. And that was with an array of mods chosen for their consistency with the in-game lore and atmosphere. If I'd been so inclined, I could have introduced elements of anime fantasy, science fiction, or any number of items and monsters from other fantasy franchises.

Of course it saddens me that the best speculative fiction experiences these days outside of fantasy novels are in games and the occasional cable TV series. Movies aren't what they used to be, and it's been a decade now since a new science fiction novel gave me a sense of transport, wonder, or the feeling that I'd had some important preview of the future. 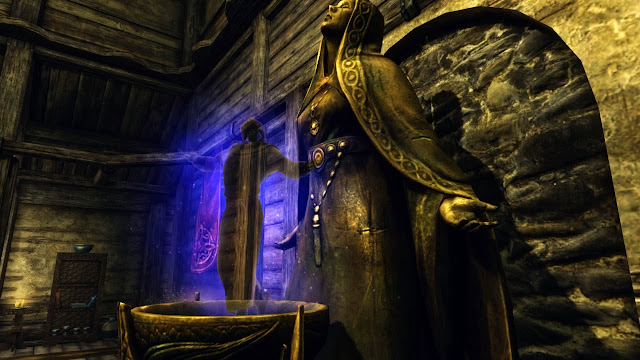 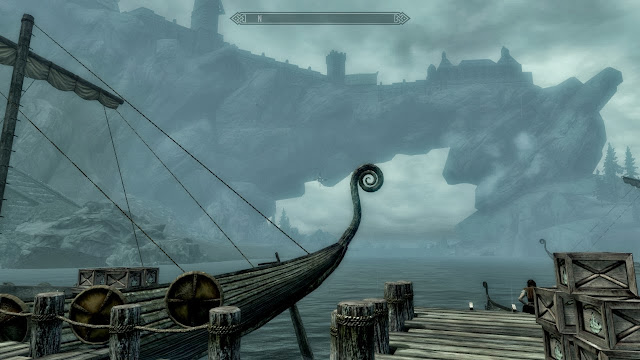 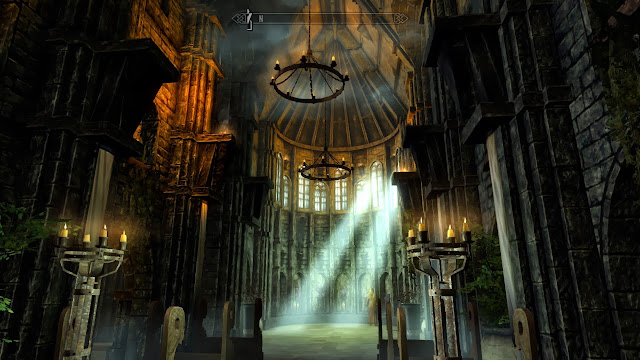 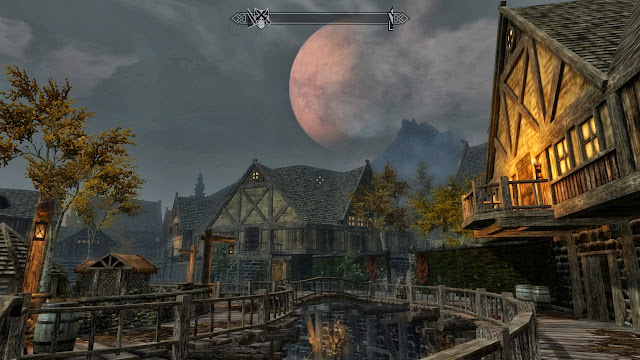 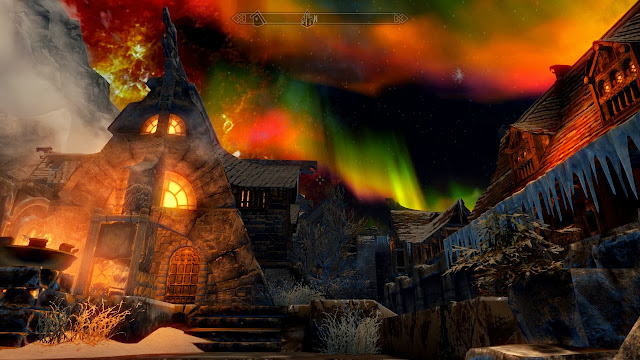 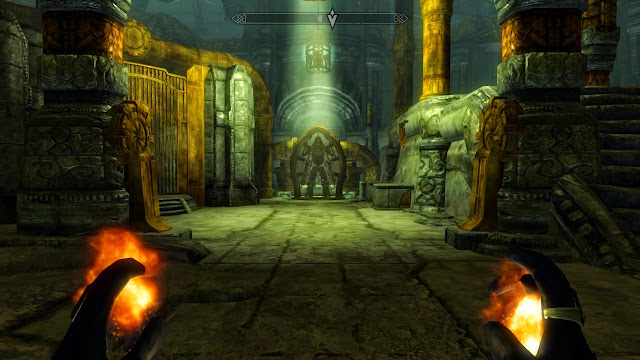 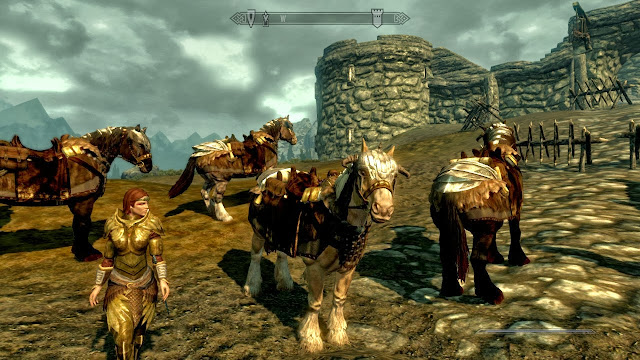 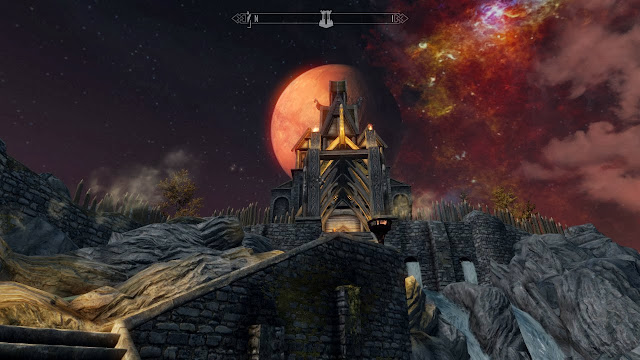 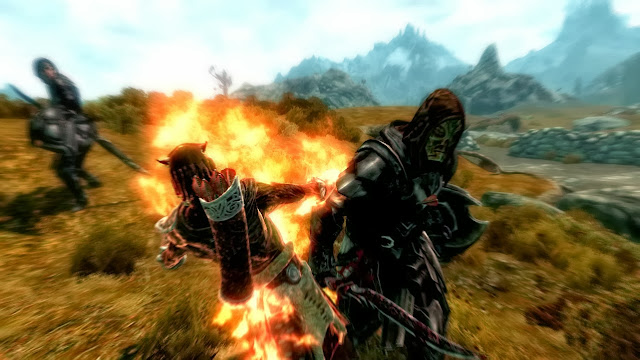 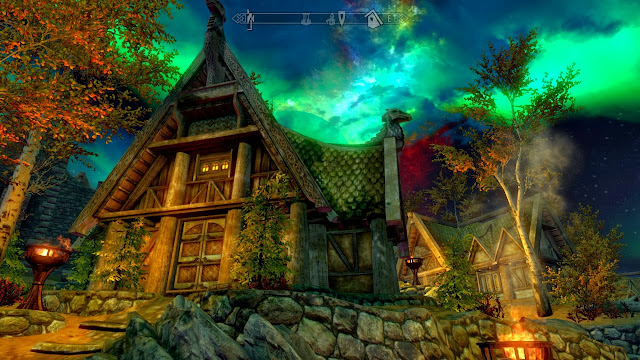 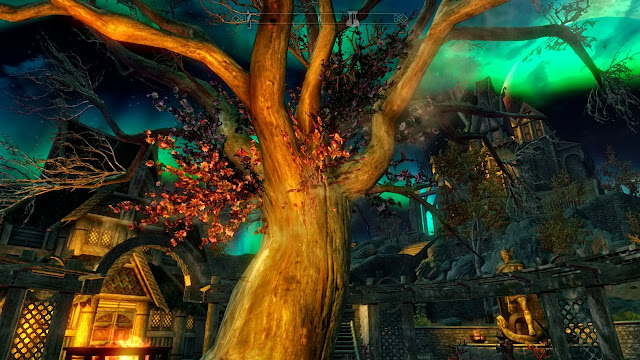 I recently picked up a regular eight-hour a day technical writing job. Also, I'm almost 30,000 words into the current novel-in-progress, which is rolling along nicely. Obviously the blog is suffering. Apologies for that.

I'm going to try and push out at least one good, if short article on the weekends, and an observation and a cool link or two during the weekdays. We'll see how that goes, because it's awfully hard to say no to the novel whenever I sit down at the keyboard on my own time.

I've been asked if writing for work will diminish the zeal for craft writing after hours. I honestly don't think so. Partly because these are two very different things. The distance between them is almost as great as the space between verse and prose - between poetry an the structured narrative of a novel. And partly because the technical writing involves lot of non-writing tasks. Part of my work is helping to create a new production environment for technical manuals, which is a fun challenge in its own right. Especially attempting to anticipate how a body of manuals will age, and keep the collection functioning smoothly in four dimensions rather than just three.

But mostly because the more I write, the more enthusiasm I have. It's a nice positive feedback loop to ride, round and round again.
Posted by AlexB at 12:17 AM No comments: