In the classical garden

It's been a while since I've posted pictures of the city. A place I still love after five going on six years here. But as fortune would have it, I've a new camera that I've been frothing at the mouth to try out for more than a week now.

OK, so the level of enthusiasm isn't quite rabid, but it still feels like forever and a day since my last camera shuffled off the plastic coil this past summer.

In the next few months I'm hoping to take said new camera on weekend trips around the US Pacific Northwest. Shoot some photos of the cities, volcanoes, glaciers, coastline, and marine and people creatures. But to start out, something local: 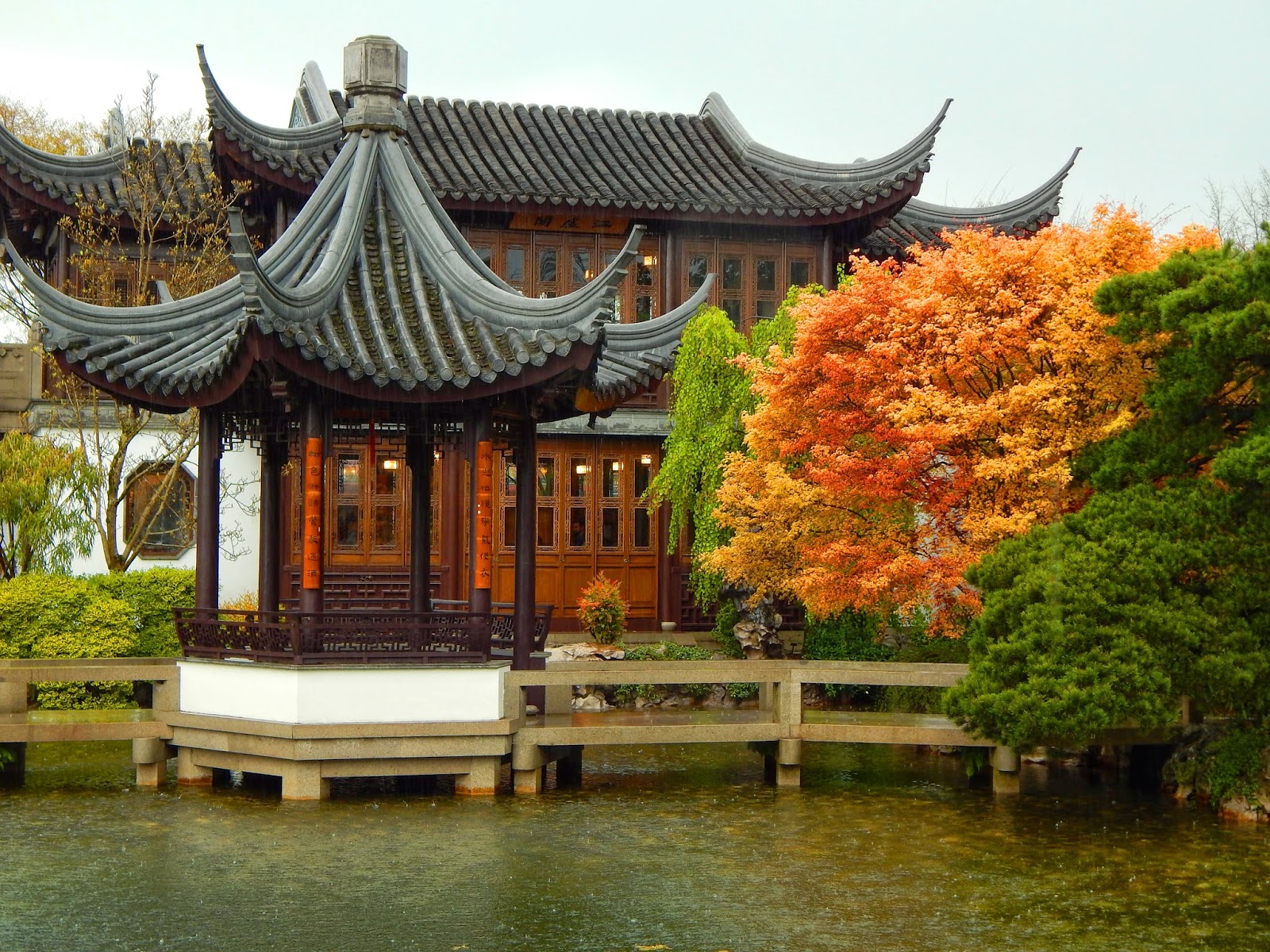 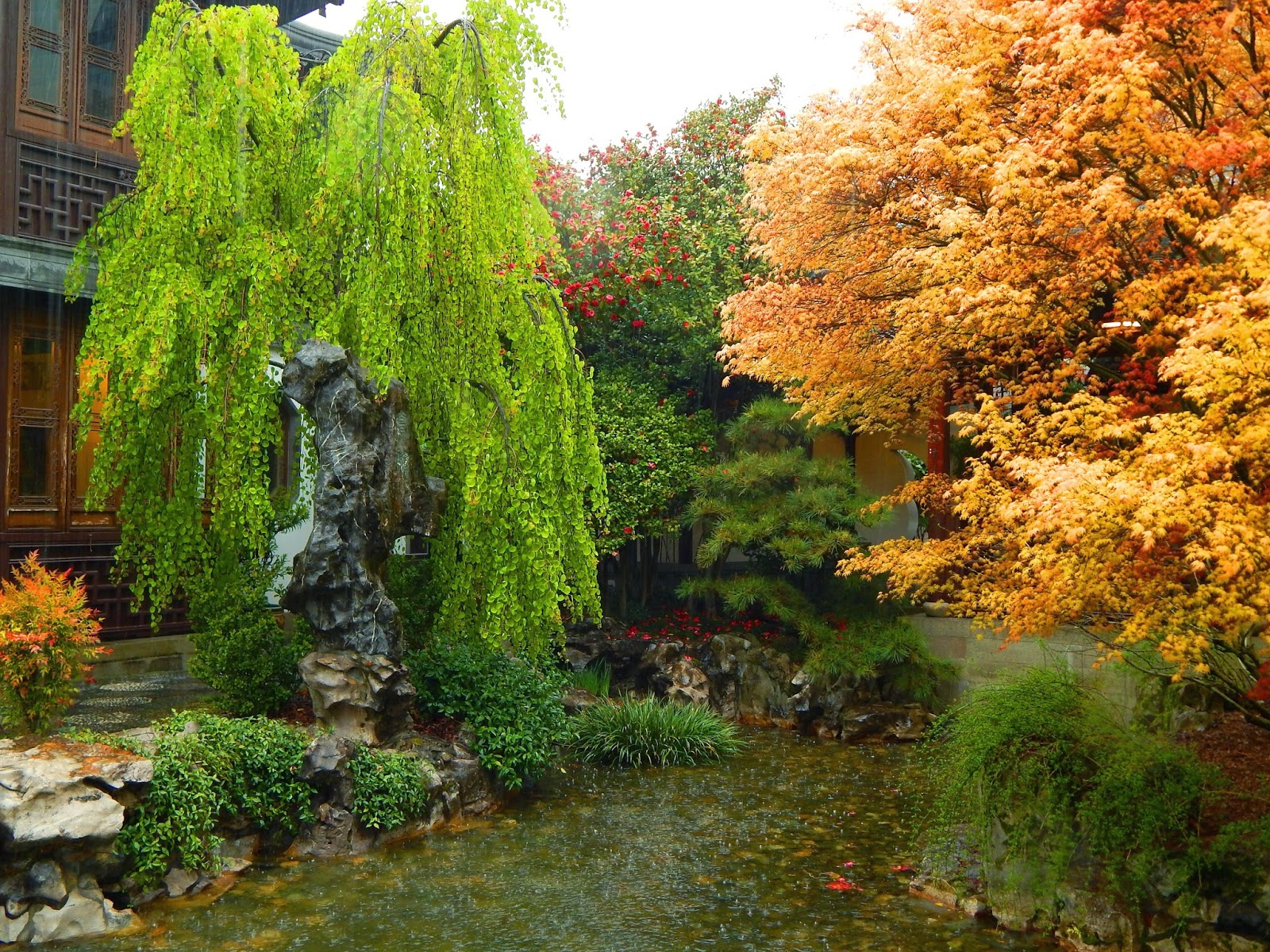 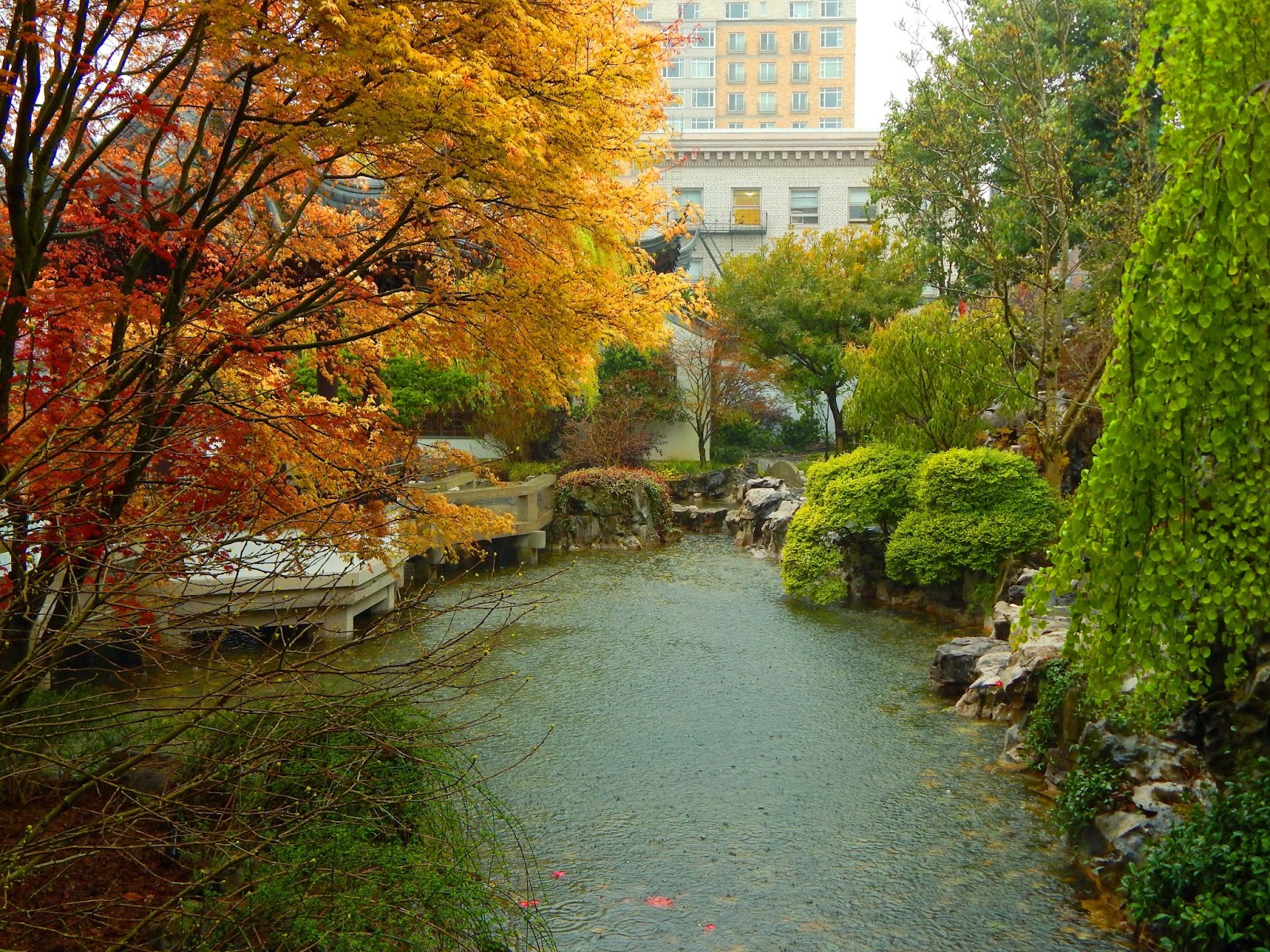 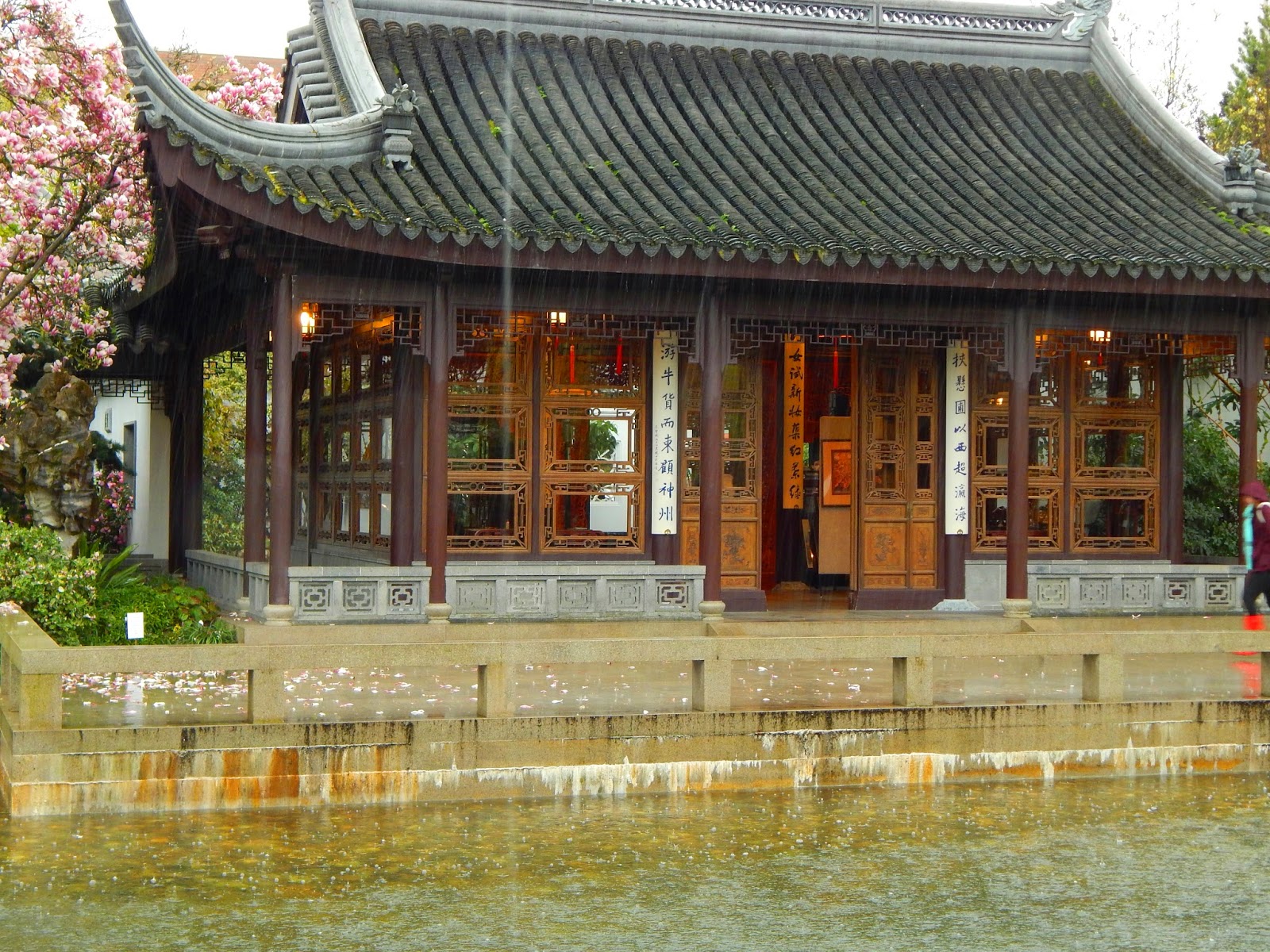 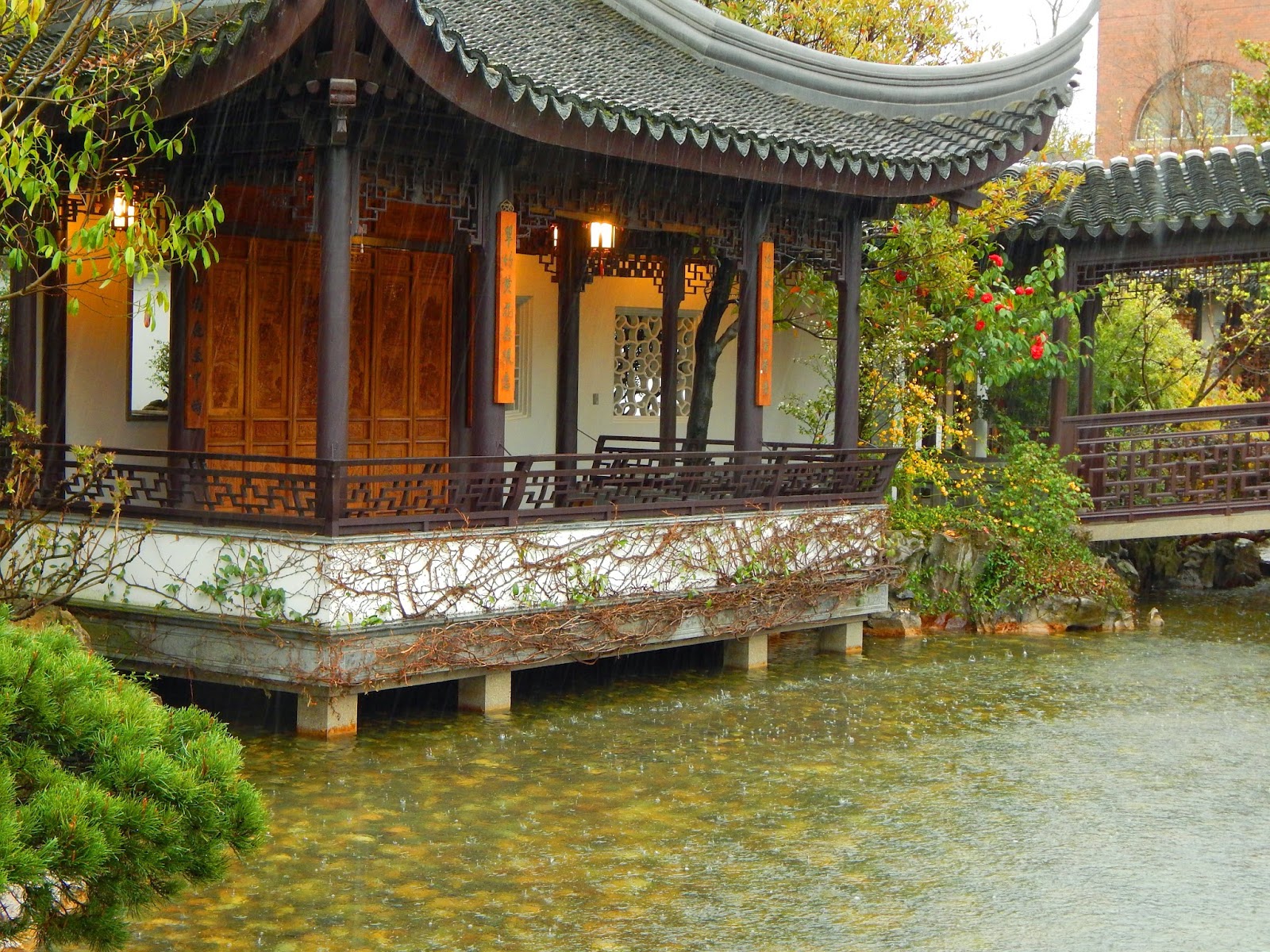 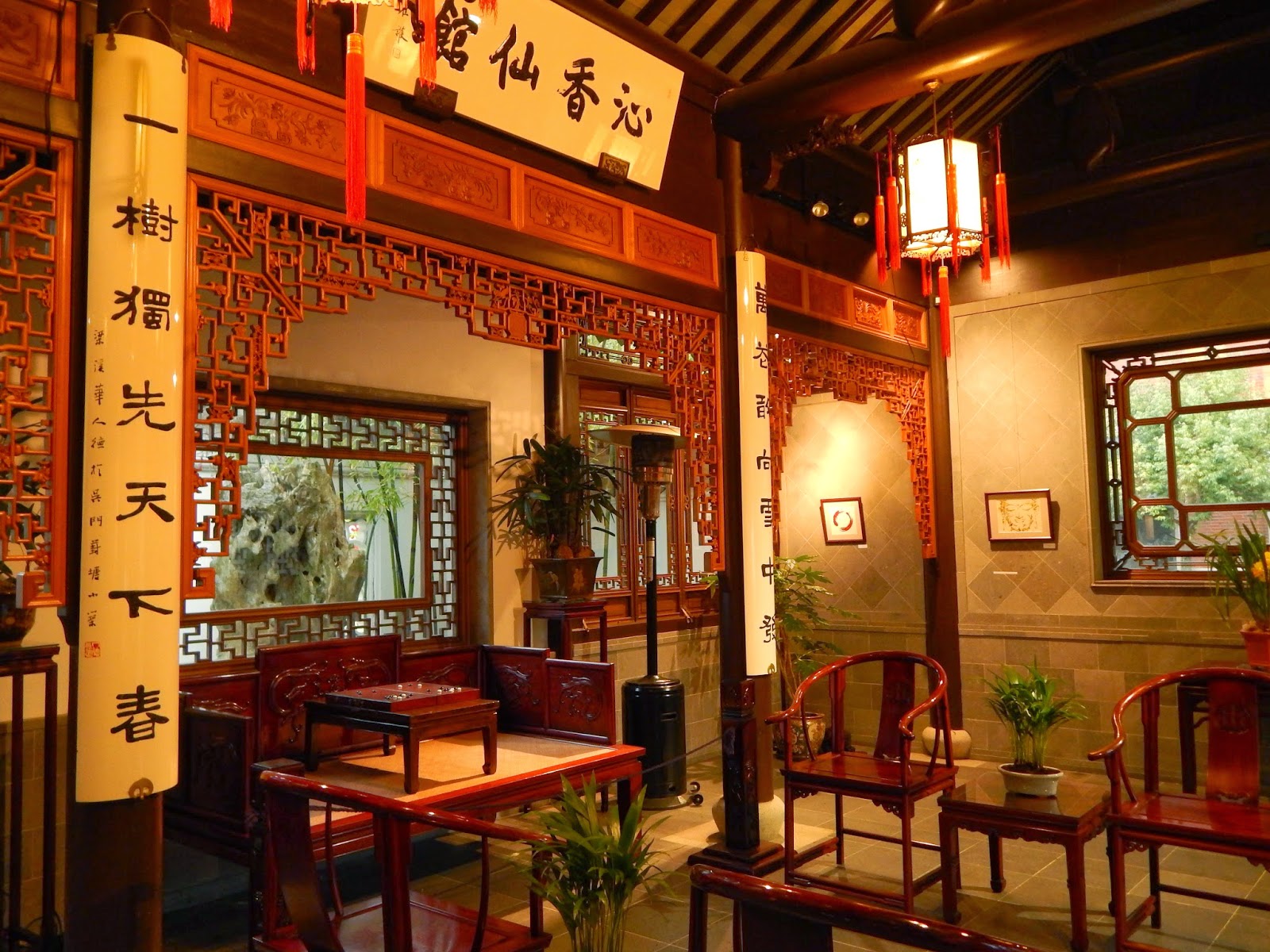 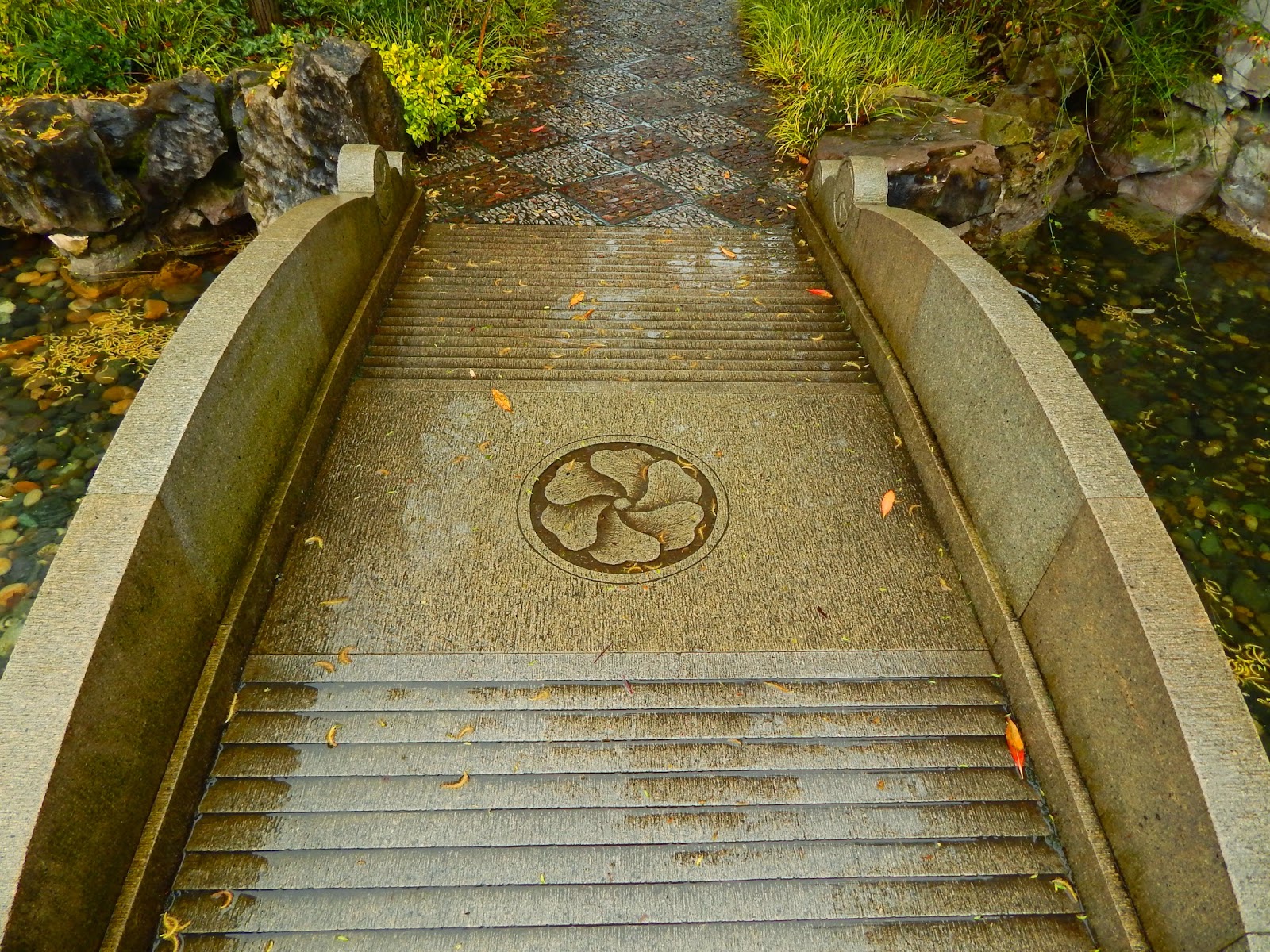 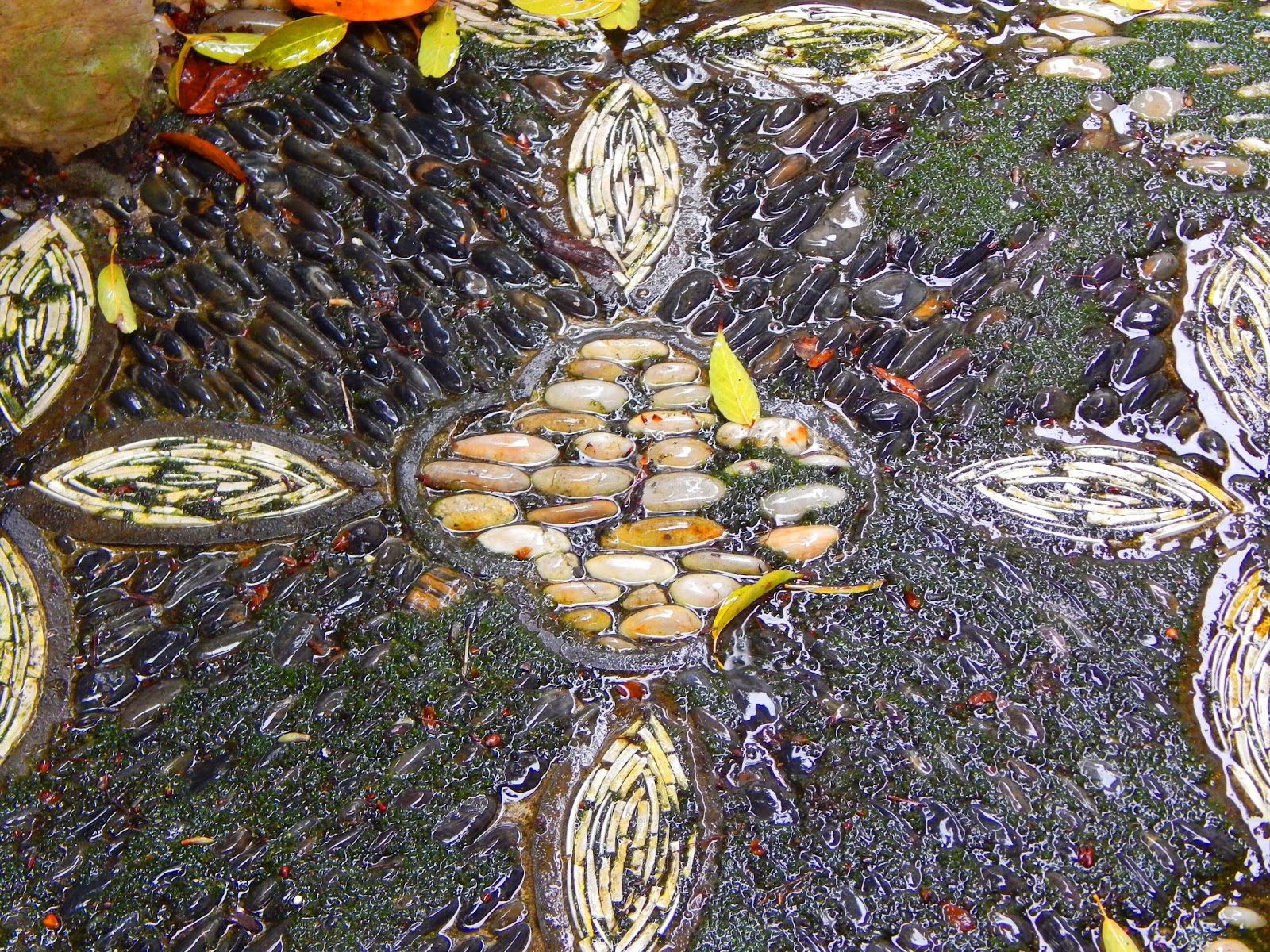 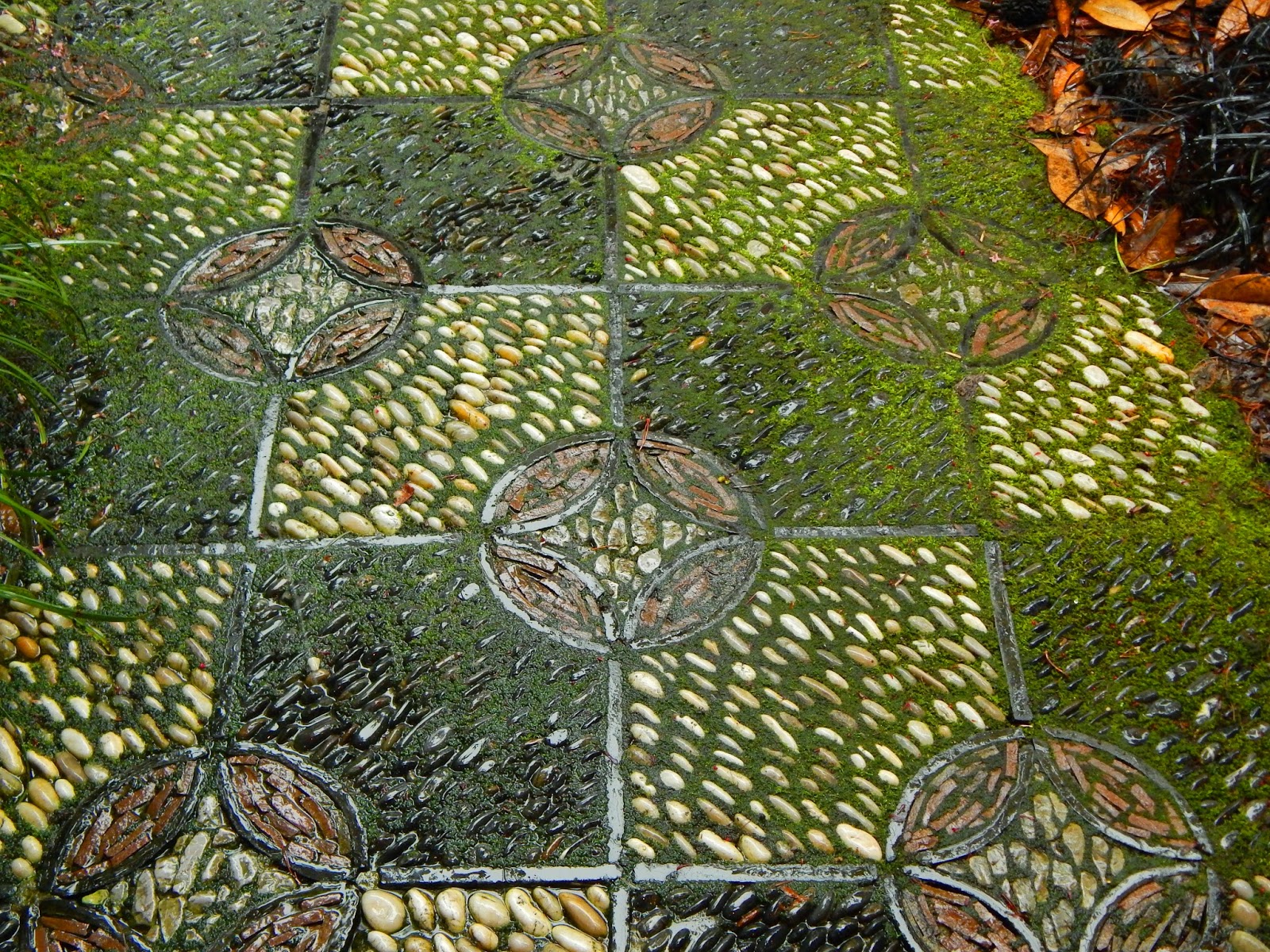 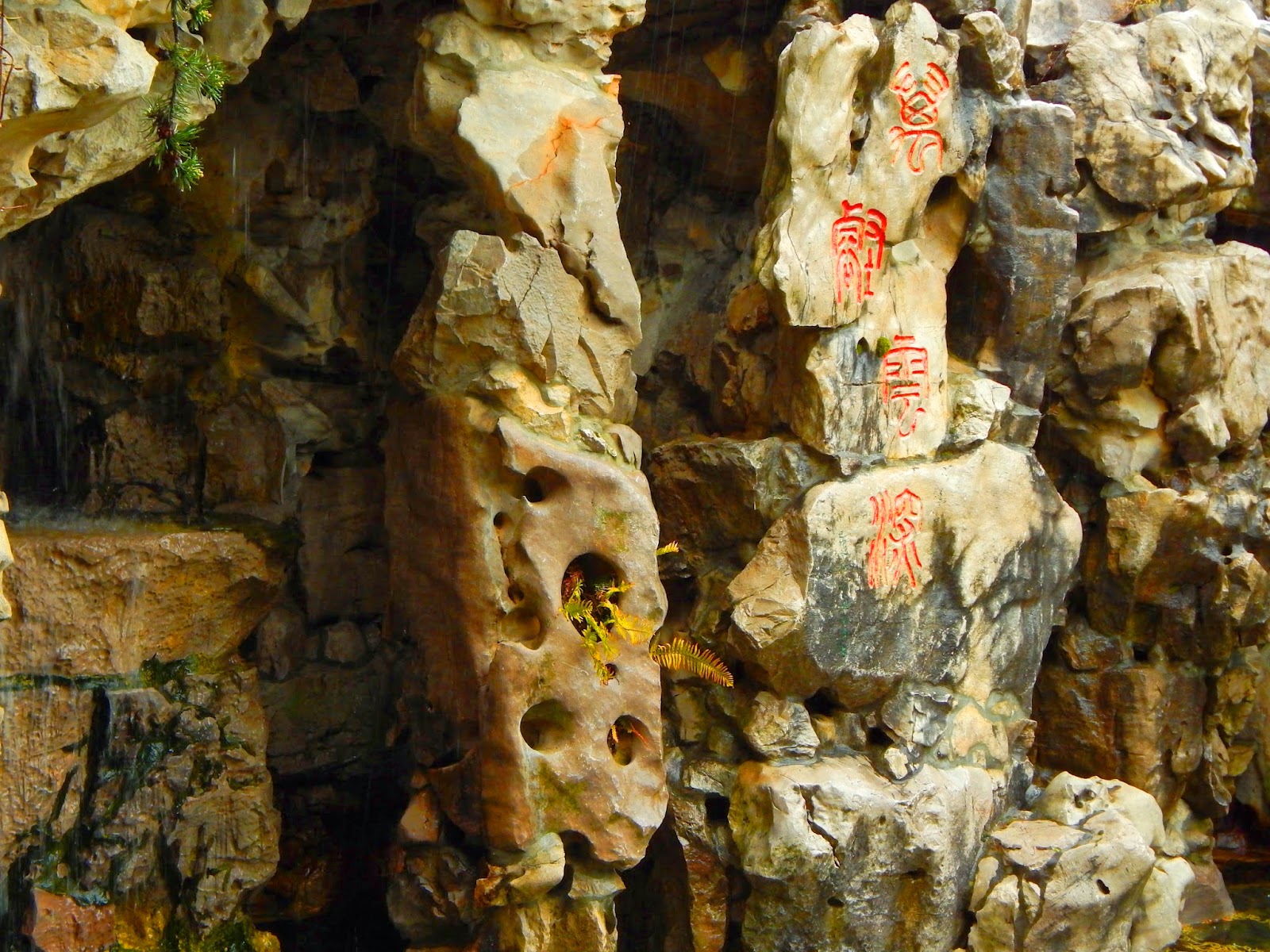 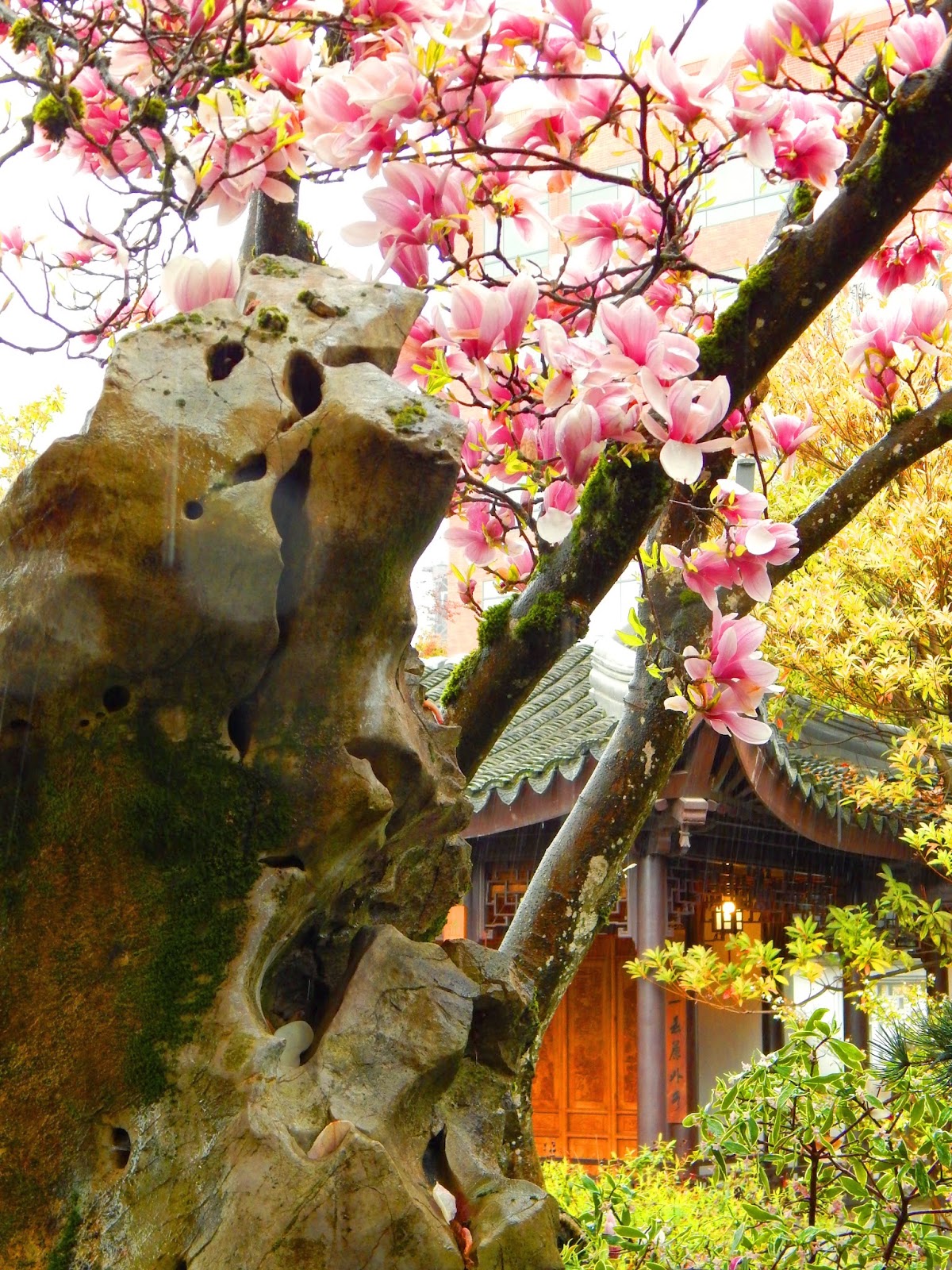 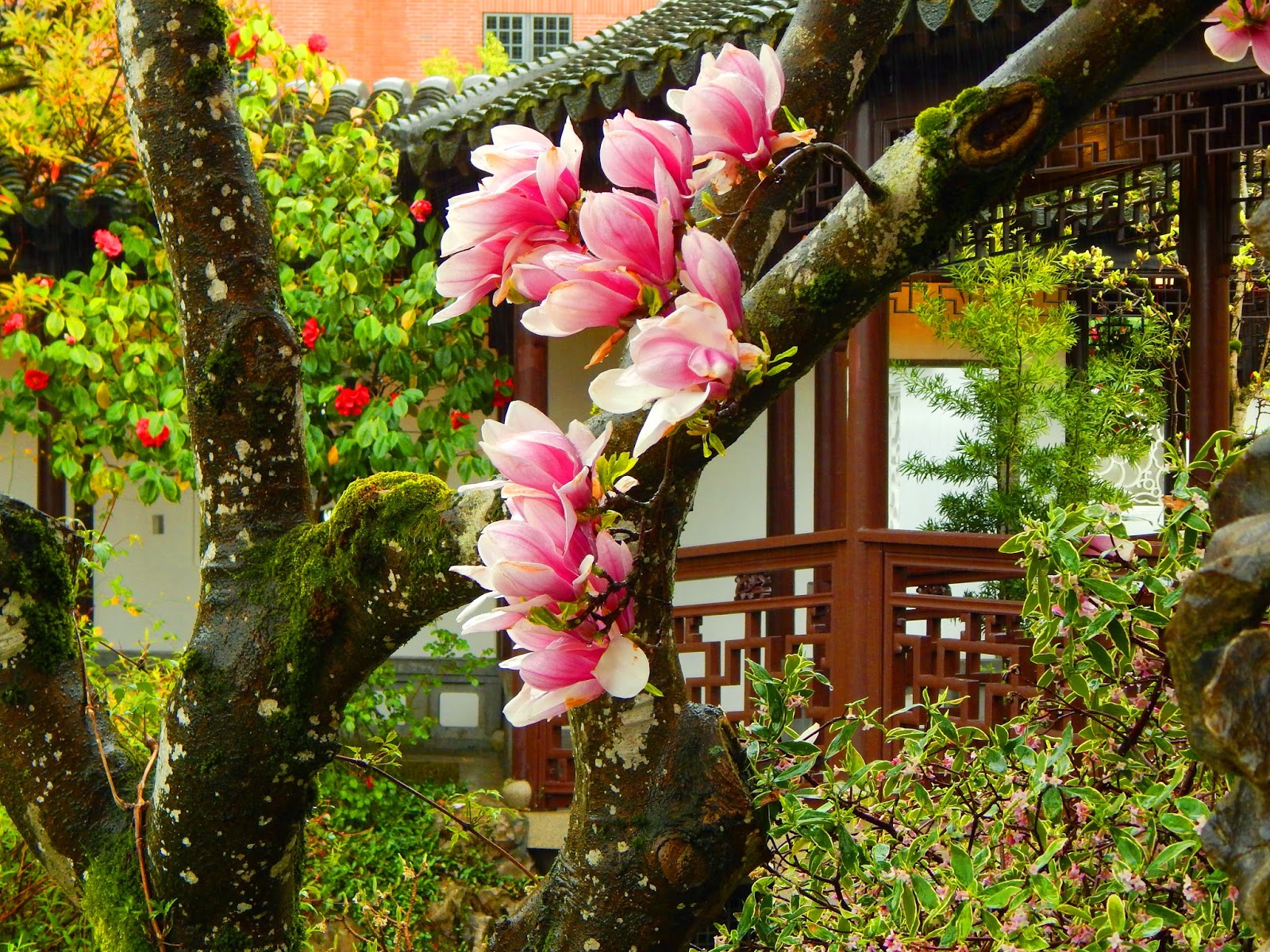 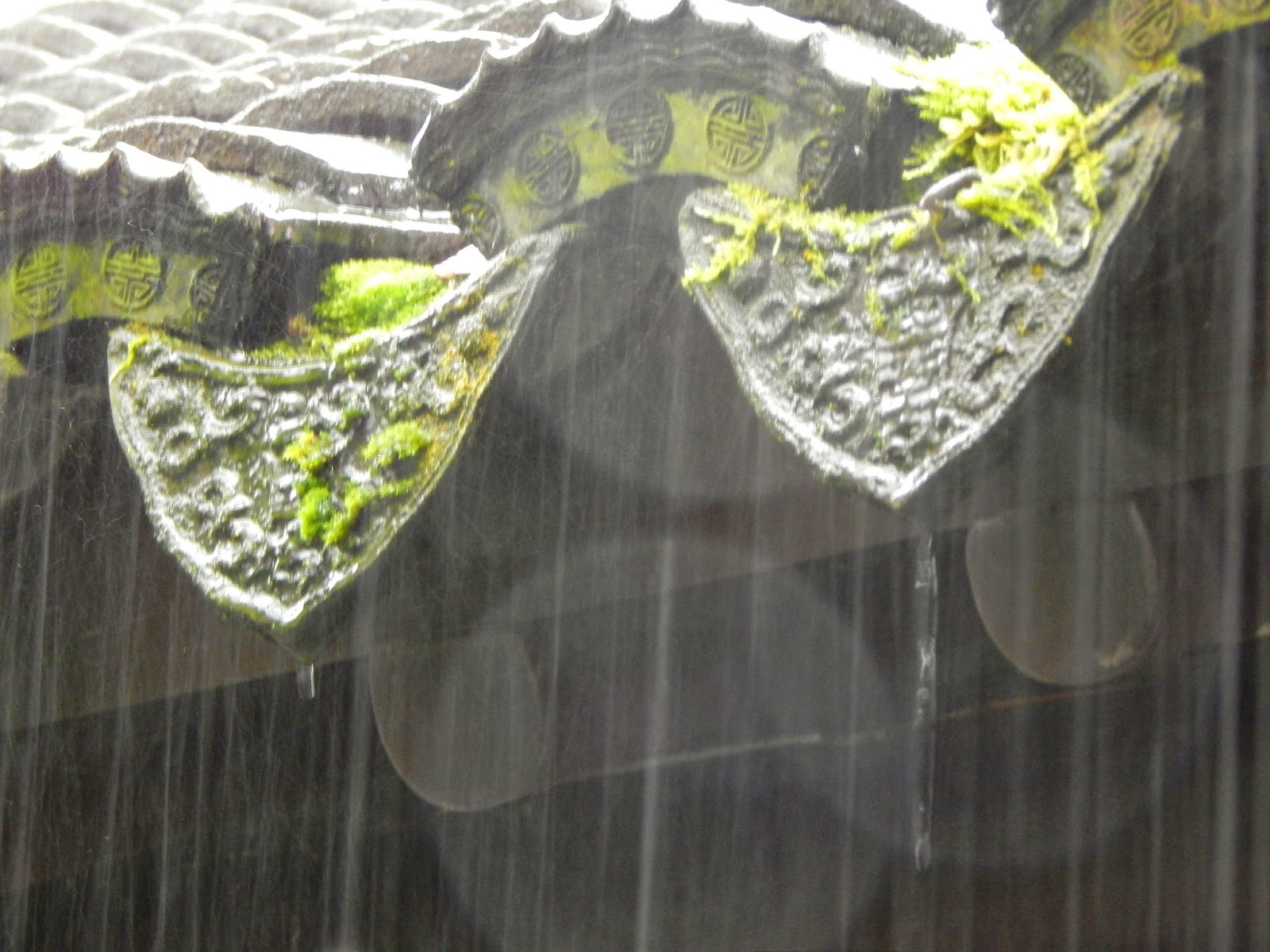 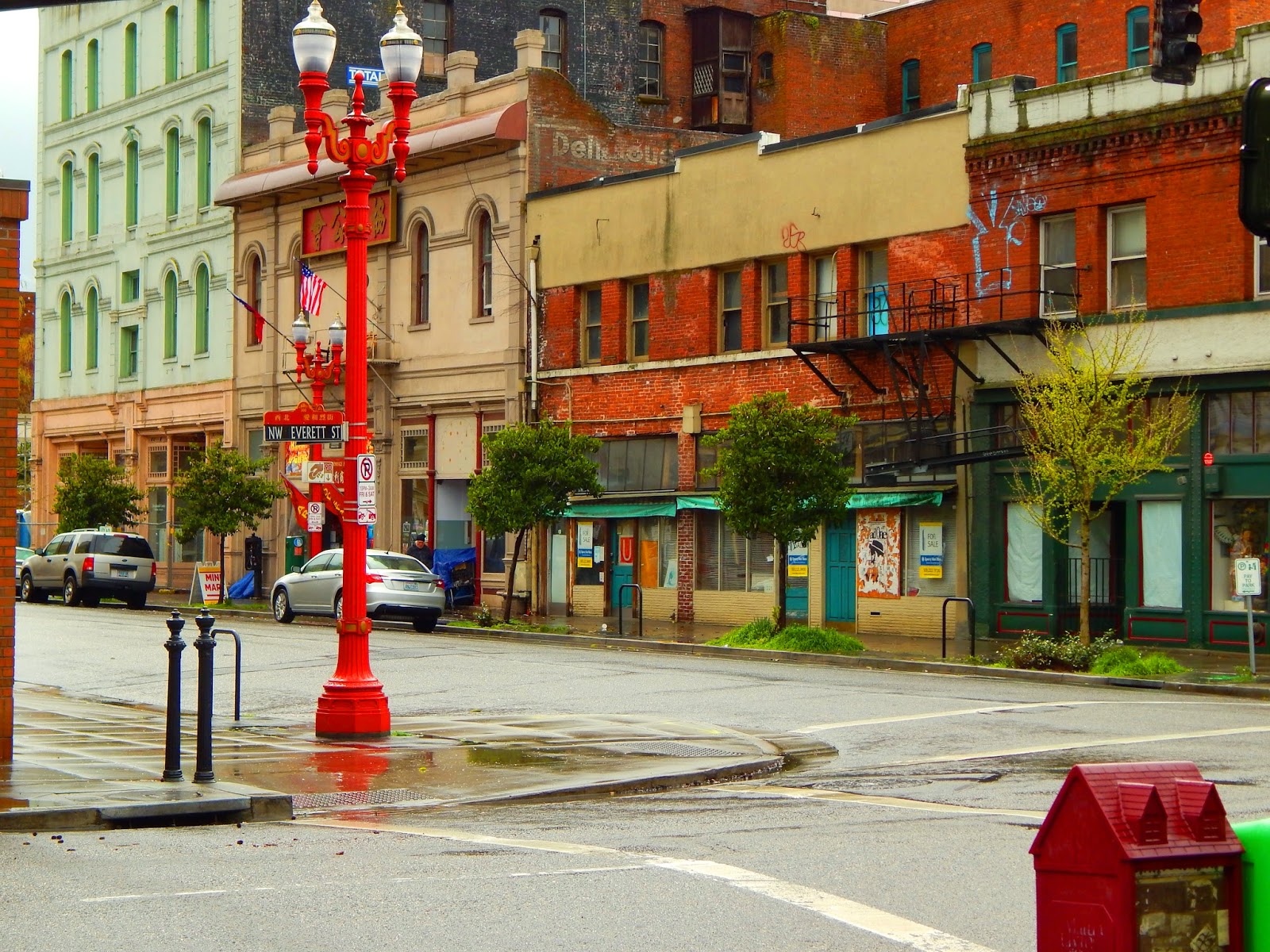 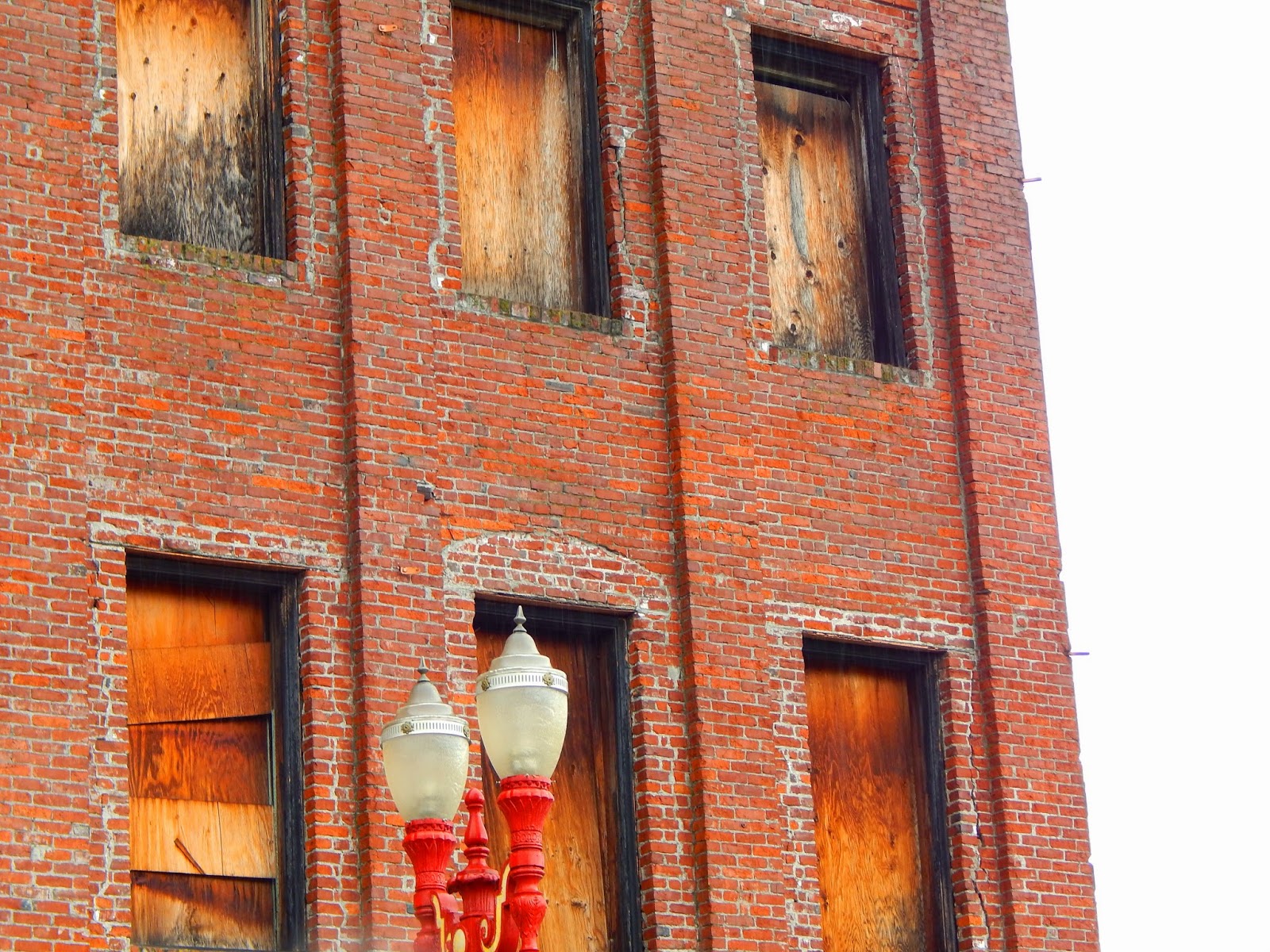 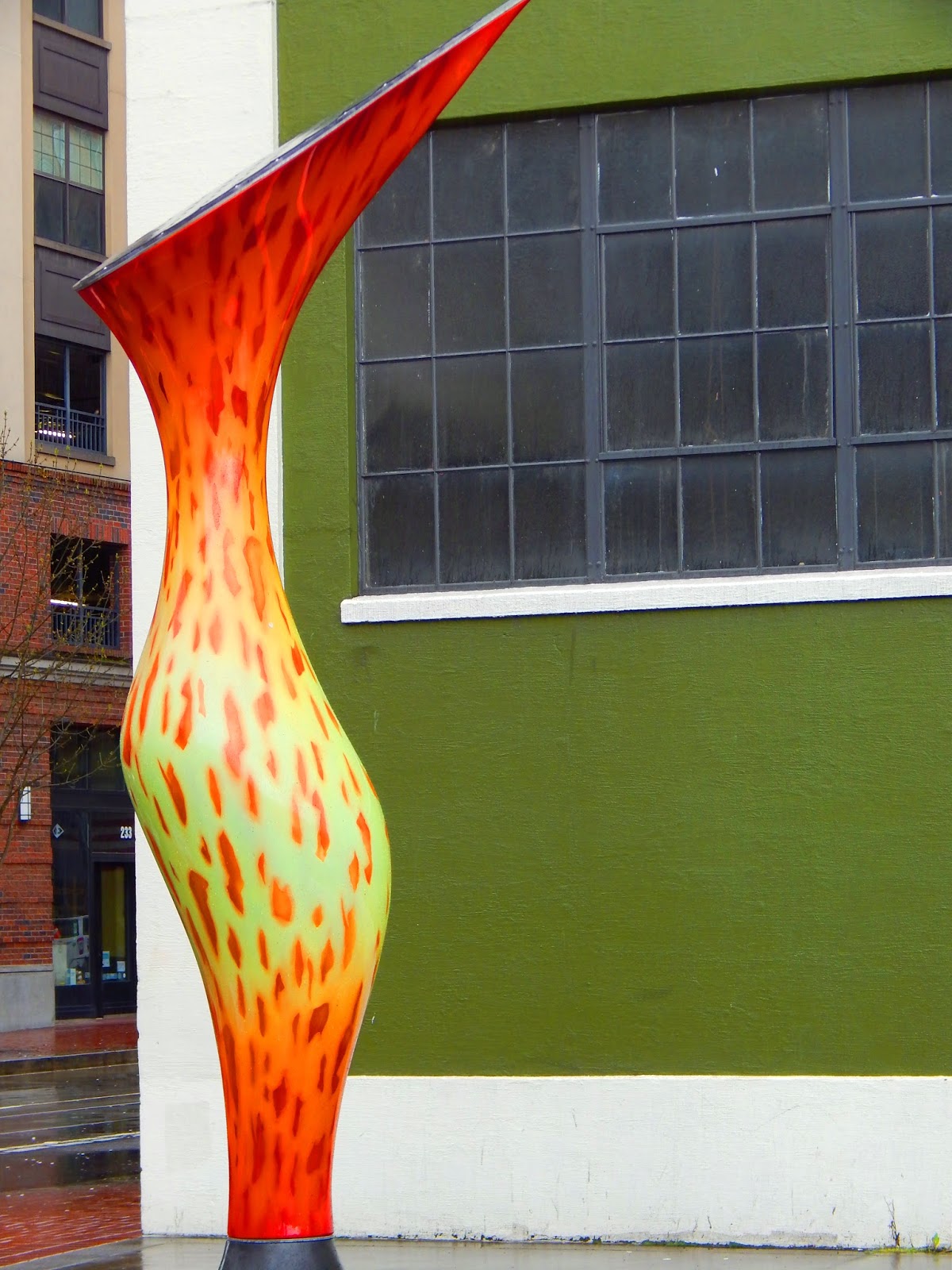 Yet again, apologies for the paucity of posts here on Consilience. Five thousand words of good novel writing today, but almost no text to spare for the poor blog. In part, because I use this site as my test platform for writing about complex issues that I may or may not use in my fiction. This is where I let the academic voice run wild, and dive into technical or historical details. It's also the first step in slimming down and novelizing these ideas. Or put differently, a space for figuring out how to get my literary brain wrapped around the big ideas, and then present in accurate but streamlined words. Words that speed along a plot rather than choke it to death.

That said, but damn I need to start using shorter sentences here. I sure as hell wouldn't drop these kinds of convoluted word structures on my professional technical readers or on a genre audience. And I should not be hurling them at you, kindest blog readers.

While I apparently don't need to blog much when cranking out a novel, abandoning this platform and it's readership for months on end is still kind of dick move. One I'll work harder to avoid making.
Posted by AlexB at 11:36 PM No comments:

The Glass Brain is a lovely visualization of commutations between brain regions. It's composited from ongoing EEG scans measuring electrical transmissions, and mapped in three dimensions onto a structural model of the same brain generated by MRI, as well Diffusion Tensor Imaging used to trace out the major transmission tracts.

Yes, scanning and creating a real time visualization of brain activity is hugely complex at present. Building a quality visual model like the one above is matter of fusing models which detect very different features and structures. My hat's off to the University of San Francisco's Neuroscience Imaging Center for tackling this almost baroque undertaking, and coming up with something so strikingly modern and almost minimalist in the end.

It's also got me thinking about how extraordinarily well engineered the brain is when it comes to minimizing the kinds of transmissions depicted in the Glass Brain. Or at least it does so whenever it can.

Long-range inter-region transmissions consume a lot of power. They generate a good deal of heat. The infrastructure to move them is bulky. The more inter-region chatter and required bandwidth, the less horizontal and vertical real estate there is for things like regulating hormones and keeping the lungs and heart pumping.

So, such communications are costly, but at times they're also very necessary. Creating things like, a coherent field of vision, or an abstract comprehension, involve lots of regions talking to one another. Recalling an idea means the associative prefrontal cortex communicating with sensory cortices in order to access memories and visual models to knit together, as well as the areas outside the neocortex involved in real time working memory, motivation, and focus. Incorporating that idea into a model of possible futures means the prefrontal cortex also interfacing with the limbic system to mediate the emotions associated with the concept and the potential outcomes.

How does the brain keep those transmissions or their costs down when it can? In part by doing some virtualization and modeling of its own. Regions simulate one another. They read what are for the most part slow, noisy, short, and therefor cheap-to-send incoming transmissions, and use that constrained data to update those simulations of what the other connected areas are up to. Then they respond in kind with a minimum of processed information, selected in part based on the data requirements of the other participants, as they see them.

Think of two people navigating their way across the countryside, separated several hundred feet by a ravine filled with a loud river. They can shout at one another, and gesture, but here are all kinds of difficulties associated with those means of transmission. So rather than try and communicate every little detail necessary to get from parallel points A,B to C,D, they use what data is moving back and forth to figure out each other's intentions.

In a sense you're something similar: In part a collection of generalist virtual machines running on specialist hardware modules. Software talking with one another in what is for the most part a low-bandwidth, long-range transmission environment, with a low signal to noise ratios.

Then there is the associative prefrontal cortex that is the seat of our decision-making executive. This area of the frontal lobe is a continual generator of large-scale virtual machines. It sets up multiple feedback loops networks, which each makes use of a slice of several regions, creating competing models of the future or present when thinking. Models that incorporate everything from simulated motions, vision, audio, and even emotional reactions.

In someways, this makes the perfrontal cortex an exception to the rule of low cost transmissions. It's communication requirements are high enough that it rates its own super highway or privileged transmission network of fiber tracts.

All of this together, local and brain-wide virtualization creates the rich and textured models of the world and self that we call consciousness and being.

Both Altman and Milch are not just storytellers. They are dramatic anthropologists. Their working method is to devise a place, a makeshift or potential community, and then scrutinize it.

~ A Lie Agreed Upon


One of my favorite HBO series. In part because of its depiction of humans as community-building social animals. Even criminals generate societies of their own, and on a lawless unincorporated frontier, the border between crime, commerce, and law or peace enforcement can be a fuzzy one one. Especially with the necessities of brute pragmatism to muss things up.

But along with the dark of heart of civilization and its origins, the show gives us its light side. There is the gradual transition from informal laws and agreements and barely constrained violence, to governance and a formalized, more egalitarian consensus. On a more personal level for some of the characters, there is practicality tempered by ideals, and a rough struggle to live up to kinder aspirations, which restrains the vengeful angels of their nature. And in doing so, they mesh with and reinforce the other human beings around them, sometimes for ill, but largely for the better.

The storytelling craft behind that meshing was a major reason I enjoyed the series so much. Fledgling writers often create characters in vacuum. Each fictional persona with their own eccentricities and origin story. Bringing them together is often an exercise in happenstance and stilted team building. Milch's Deadwood produced characters who were not only very clearly the products of other characters whom we never get to meet directly - only through moments of reminiscence and inflicted scars or instilled ideals - but who also compliment or are deliberately antithetical to people they find themselves coexisting with. The shifting emotional matrix of mutual needs and tension that rose out of that, sparking sharp moments conflict and cooperation, made the show great.

The Army gets the Goose


The first time I saw the Carl Gustav recoilless rifle (AKA the Goose) in action was during late 90s, in the hands of US Army Rangers. I got stuck supporting a training deployment for one of their battalions in Germany. While the assignment was tedious, it did afford me the opportunity to see the advanced gear the unit had. That included the Carl's nifty ability to lob a variety of round types at long range - from flechette clouds, to bunker-busting high explosives, to (nowadays) air-bursting anti-personal munitions. Along with the versatility was the price. Recoilless rifles are a cheap and proven technology, but one that also mates easily with new rounds and improved sensors.

While the Rangers and other special operations units have continued to use the Carl Gustav in the decade plus since then, I was surprised that the Army never adapted it for conventional light infantry units. Since the Army ditched the LAW light anti-tank rocket during the early 80s, the light fighters have been bereft of a good and cheap, man-portable anti-bunker and anti light armor system. (The AT-4 is OK. Light and portable, but not accurate at anything past short range).

It looks that's finally going to be rectified with funding to equip regular light infantry units with the Goose.

While I like speculating about the potentials in current day bleeding-edge tech, and writing about future technology that's still out on the horizon, sometimes reliable low-tech is the way to go on the battlefield. Or rather low tech that compliments or hybridizes well with high tech. Low tech is certainly good when the alternative is expending an $80,000 Javelin missile to destroy a dirt fighting position manned by two Taliban.

In a way, I think the Carl and its expanded array of rounds and sensor options is indicative of the future of infantry weapons. The current arrow of evolution appears to be pointing towards flexible weapons with with multiple types of rounds for both direct and indirect fire, as well as optimized for anti-armor or anti-personnel. Or possibly both. As the rounds get smarter, it's possible that even the infantry will be toting a single large-caliber munition that can be set to air burst, explode on contact, or melt through armor as an explosively formed penetrator.

Which is a scary or exhilarating prospect depending on which side of the round you think you'll find yourself.
Posted by AlexB at 12:29 AM No comments: