An article on Savante Paabo's updated gene- and fossil-based model for the spread of Homo sapiens out of Africa and across Eurasia.

I love reading about cosmology, quantum mechanics, and geology, but out of all the branches of science the interestection of genetics, neuroscience, cognitive psychology, primate studies, and anthropology that we call evolutionary psychology is by far the most fascinating.

The publishing singularity has arrived

Borders is gone. Meanwhile Barns and Noble is apparently closing its flagship Seattle store and beginning the process of selling fewer books in favor of more book-related merchandise in its surviving outlets. A shelf-space reduction of 50% by according to some reports. At the same time Target and Walmart are also slashing book-selling shelf space in their stores.

Back at the ranch, indie book stores are seeing increased Post-Borders sales.

In cyberspace ebook sales continue to climb. Amazon has unveiled its $79 Kindle, and the print-on-demand Espresso Book Machines network has just gotten access to the backlist of a major publisher. We seem to have hit a tipping point towards...

Towards hard to say.

We're certainly in new territory here, and despite futurism being a mug's game, I'll take a stab it predicting where we're headed. Because, you know, science fiction writer.

Paperback sales will continue their slide as e-ink ebook readers continue to come down in price. Multi-day battery lifespans and easy-on-the-eyes e-ink will remain the biggest determiners of which e-readers swim and which ones sink.  Also, at some point quality color e-ink will allow tablets to became the primary venue that most of the global middle class reads magazines and possibly even books on. In fact, I'll be surprised if tablets don't eventually replace dedicated e-readers entirely in another two decades if not sooner.

In the nearer term, once we see $20 e-readers I'll be surprised if paperbacks survive outside of nostalgia-targeted novelty runs and print-on-demand services.

The surviving shelf space in major book retail chains (if there are any) will increasingly go to pricey ($20-$30) mass market hardbacks from established best selling authors. A niche market in hardbacks for critically acclaimed works or books with cult-hit status may eventually thrive on the margins, just as hip record stores peddling vinyl do.

Actually, I kind of like the idea of hardbacks as the new vinyl. However, that niche only model will probably only happen if the major physical retailers go under in a worst-case scenario for traditional printing. That seems less likely than a hybrid future ink / ebook future to me.

Indiebook stores will continue to stay afloat through a combination of used book sales as well as in-house print-on-demand kiosks like Espresso Book Machine. Or at least if I were an independent I'd be putting serious skull sweat into figuring how to make print on demand work for me at a profitable enough margin.

Indie stores seem to offer a kind of book buying experience that a significant segment of the book-buying public enjoys. Particularly in rural America. Here in the Pacific Northwest it never ceases to amaze me how each small town supports at least one bookstore, several of which seem to sell both new and used.

It's also possible that indie book stores will become social spaces where people go to mingle, peruse, and download ebooks at. I know, it sounds strange, but even in the present day in which the lion's share of PC videogames are downloaded with gamers never owning a physical copy of their purchases, some brick and mortar locations have become destinations for younger gamers to socialize and download games purchased online while at home.

Amazon will of course be the titan that dominates the book selling world primarily with ebooks, hardbacks, manuals, and some paperbacks. Barns and Noble will likely continue on in the role of on-line little sister, though she may eventually be overtaken or even eaten by tech-savvy Google or Apple.

Overall I expect to a constellation of online book retailers like Google and Apple to orbit Amazon for sometime to come. Smaller indie ebook outlets like Smashwords will likely go under.

Why.  Because the larger outlets will have to tackle the major challenge of ebook buying: Separating out promising literary gems from the mass of  poorly written, badly edited works that make up the present bulk of ebooks. Amazon already appears to have begun this with it's indie books page that showcases books by independent ebook authors. Review blogs and online magazines will likely play a major role in this process.

In fact, I'm surprised that Amazon doesn't already have an online magazine that highlights promising self-published authors on its site...

Labels: We are living in the future, writing

They totally had me at "ghost mountains"

The coolest thing on the internets today...

Labels: Bizarre Videos, We are living in the future

A pleasant Sunday morning spent hiking along the east bank of the Willamette at the height of fall. 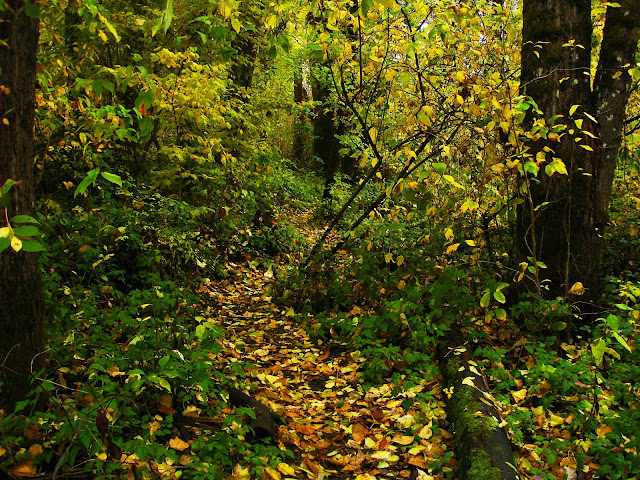 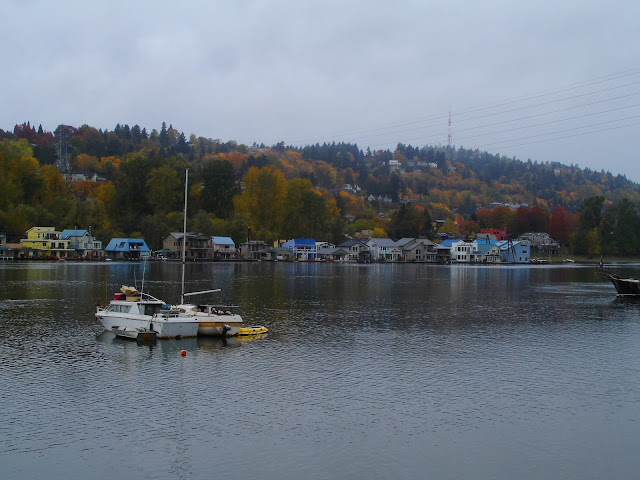 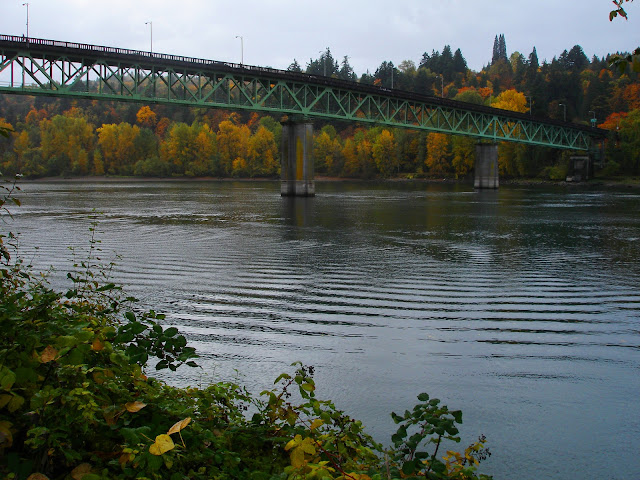 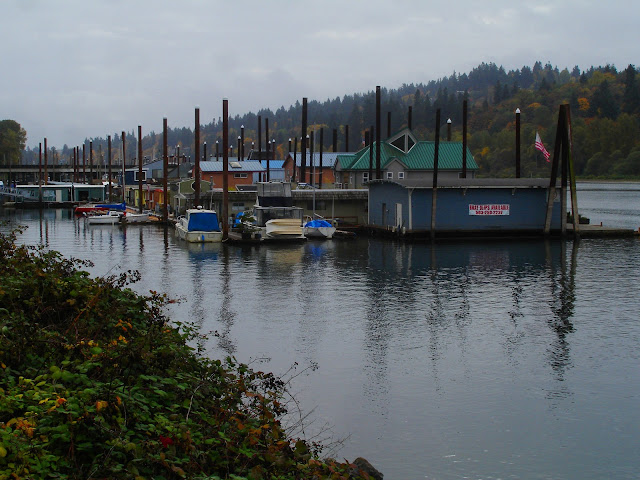 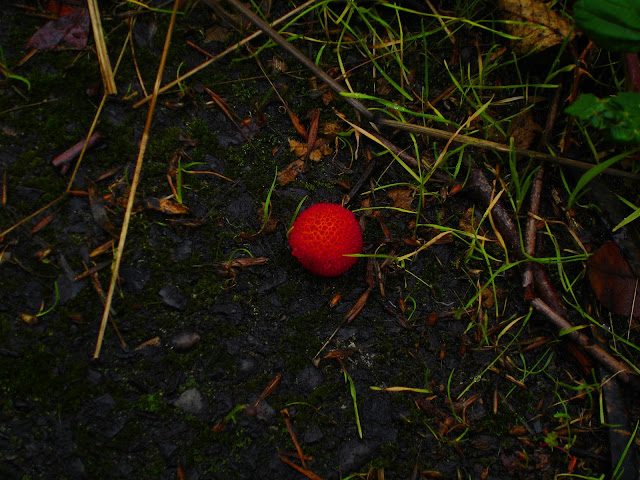 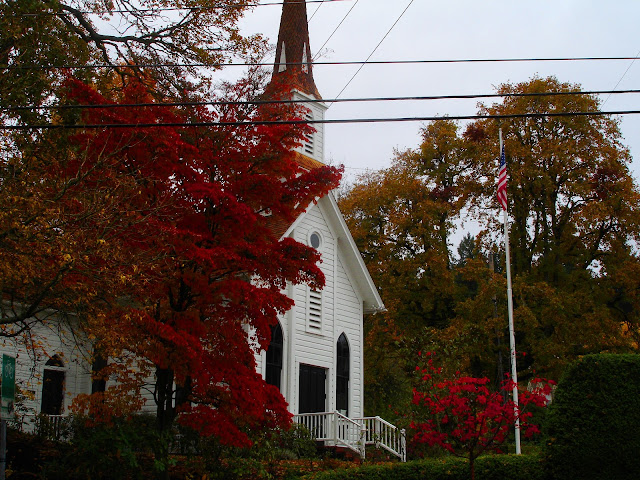 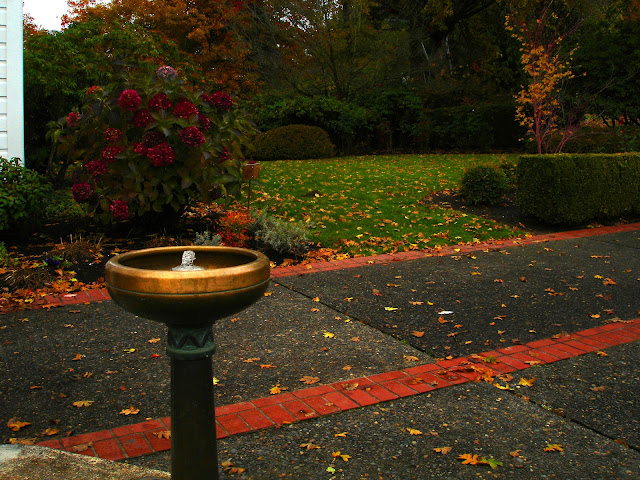 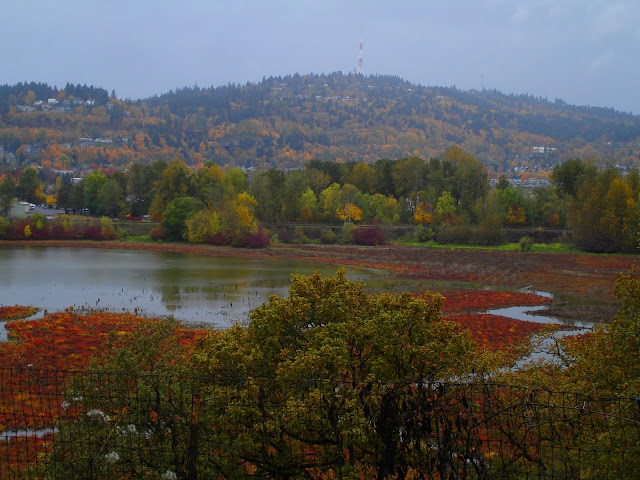 The older I get, the more I think of my paternal grandfather on 11/11. Marvin Black served as an Army 1st Cavalry Division scout on some of the horrific battlefields of the WWII South Pacific theater. He then came home to live a life as one of the most fundamentally decent human beings whom I've known. 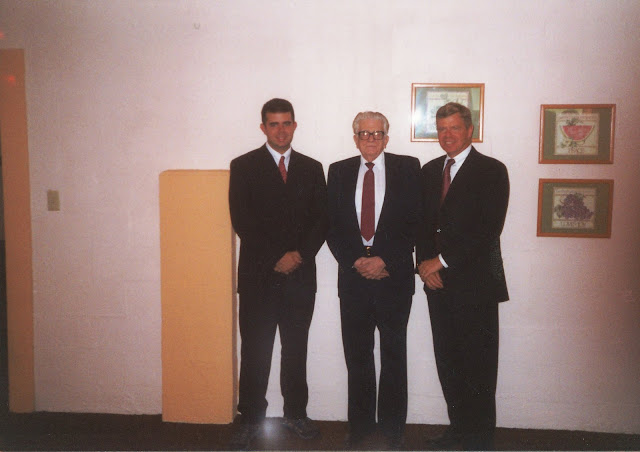 Well. In a wry chain of coincidences someone else has just published a novel about an eruption of the Yellowstone volcano. It's titled Ashfall.  The protagonist's name is Alex.

It look's like it's an impressive work. The author, Mike Mullin, has drawn a lot of five-star reviews over at Amazon.

It's a let down for me, of course. I'd been hoping to be the first writer to put out a novel about a cataclysmic Yellowstone eruption, and I've been using the short-and-punchy title "Ashfall" since writing a short story version back in 2009, not long after winning in Writers of the Future.

Still, this could ultimately be a very good thing for my novel, now under the working title Ashlands: 2040. It's entirely possible that it will be help spark an interest in works about Yellowstone.

I'm very much looking forward to picking up a copy of Mullin's Ashfall. His take on a Yellowstone event is certainly different from mine. Rather than an adult military science fiction treatment centered on an expedition and the long-term aftermath, he's gone for a young adult approach with a teenage boy who lives through the event and is struggling to survive in the days and weeks following the catastrophe.

Currently I've got one-and-half chapters to write and then three more to revise before Ashlands is finished.

Amendment 29 to the US Constitution

1. The designated National Volcanic Emergency Evacuation Area shall be administered as Unorganized Incorporated Territories of the United States under the terms set in the National Emergency Reorganization Organic Act of 2032. The Great Plains, Rocky Mountain, and Upwind Territories shall be Organized at such time as at least 5,000 persons shall have inhabited a Territory for two consecutive years.

2. The Congress and the President shall recognize the suspension of State Government within the National Volcanic Emergency Evacuation Area only upon the Application of the Legislatures of the affected State, or should the Decennial Census find that the population of that State has fallen below 60,000 fulltime residents during the evacuation period.

3. The President shall direct the Armed Forces and Federal Law Enforcement Officers to administer law and to ensure the public safety within the Jurisdiction of a State within the National Volcanic Evacuation Area only after a recognized Suspension of State Government has taken place.

4. Congress shall make no New States or reapportion the boundaries of Suspended States within the National Volcanic Emergency Evacuation Area during the duration of the emergency.

5. At such time as the population within the former Jurisdiction of any Suspended State within the National Volcanic Emergency Evacuation Area reaches 60,000 inhabitants the Congress, the Courts, the President, and Fellow States shall recognize the sovereignty of that State and the validity of that State’s Constitution as written at the time of suspension. Elections under that State Constitution shall be carried out immediately.

In new elite Army unit, women serve alongside Special Forces, but first they must make the cut - The Washington Post: