The most visually striking depiction of exploring and settling our solar system that I've come across. That, and the voice-over by Carl Sagan, who was pretty much the voice of space exploration here in the US when I was a child, is sublime.


Astronaut - A journey to space from Guillaume JUIN on Vimeo.

Image compilation by Guillaume Juin. The music is "Astronaut", by Vincent Ton.
Posted by AlexB at 11:32 PM No comments: 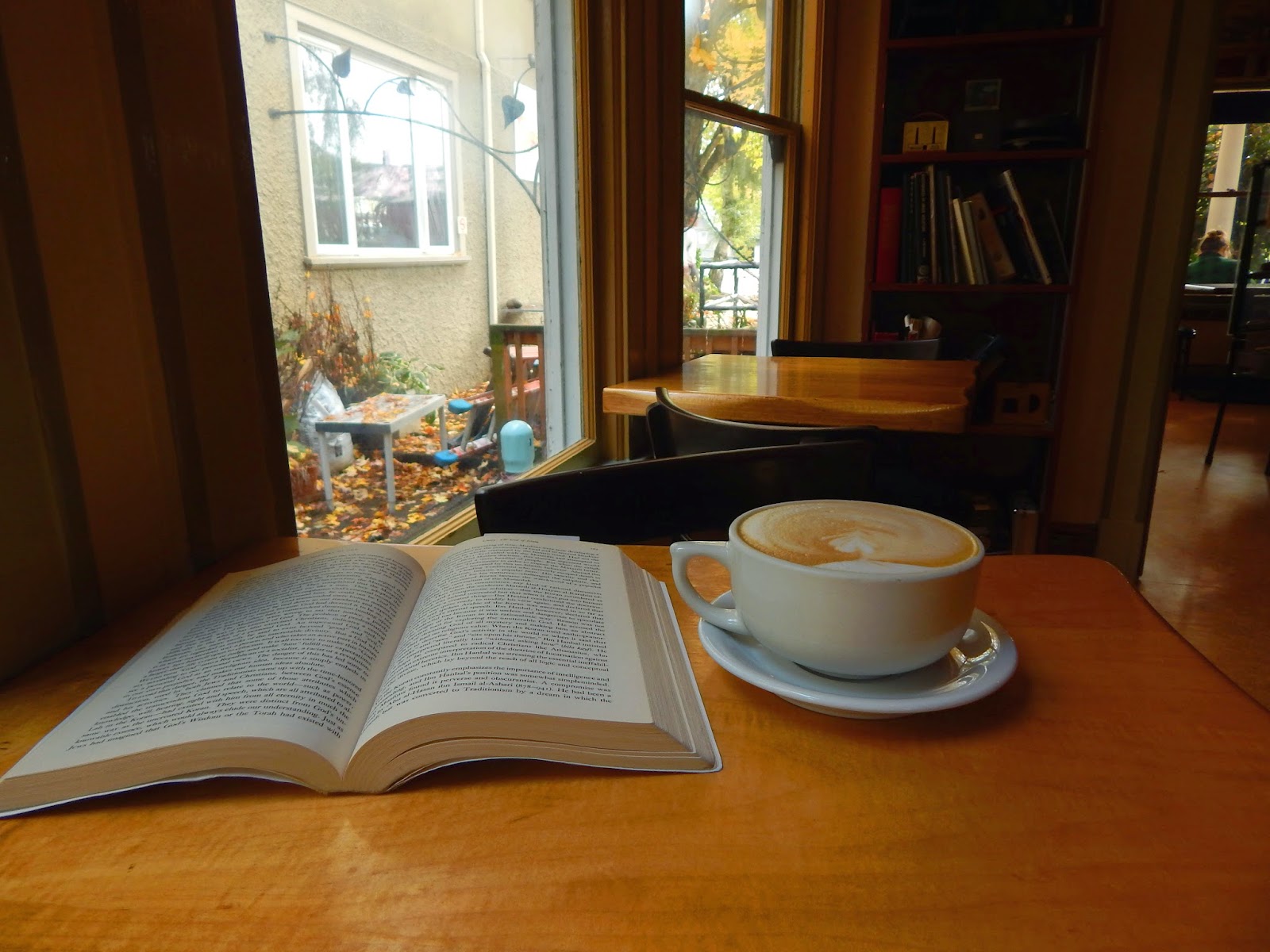 I'm presently rereading Karin Armstrong's A History of God. A fantastic comperative text that describes the evolution of one of the most important components of human thought: The various concepts of god.

An interesting topic in part, because naturally there are some very divergent ideas that have emerged in historic time about of the ultimate being or chain of being. These ideas are often more complex and nuanced than commonly depicted in popular secular and mainstream religious sources. Especially when getting into to what degree humans can apprehend an elevated reality believed to predate the universe. That, and the sheer impact of these ideas in shaping one of humanity's major family of paradigms.

More on this thread in the evolution of our species' worldviews later.  In the meanwhile fall. One of my favorite times for wandering my lovely city with camera in hand. 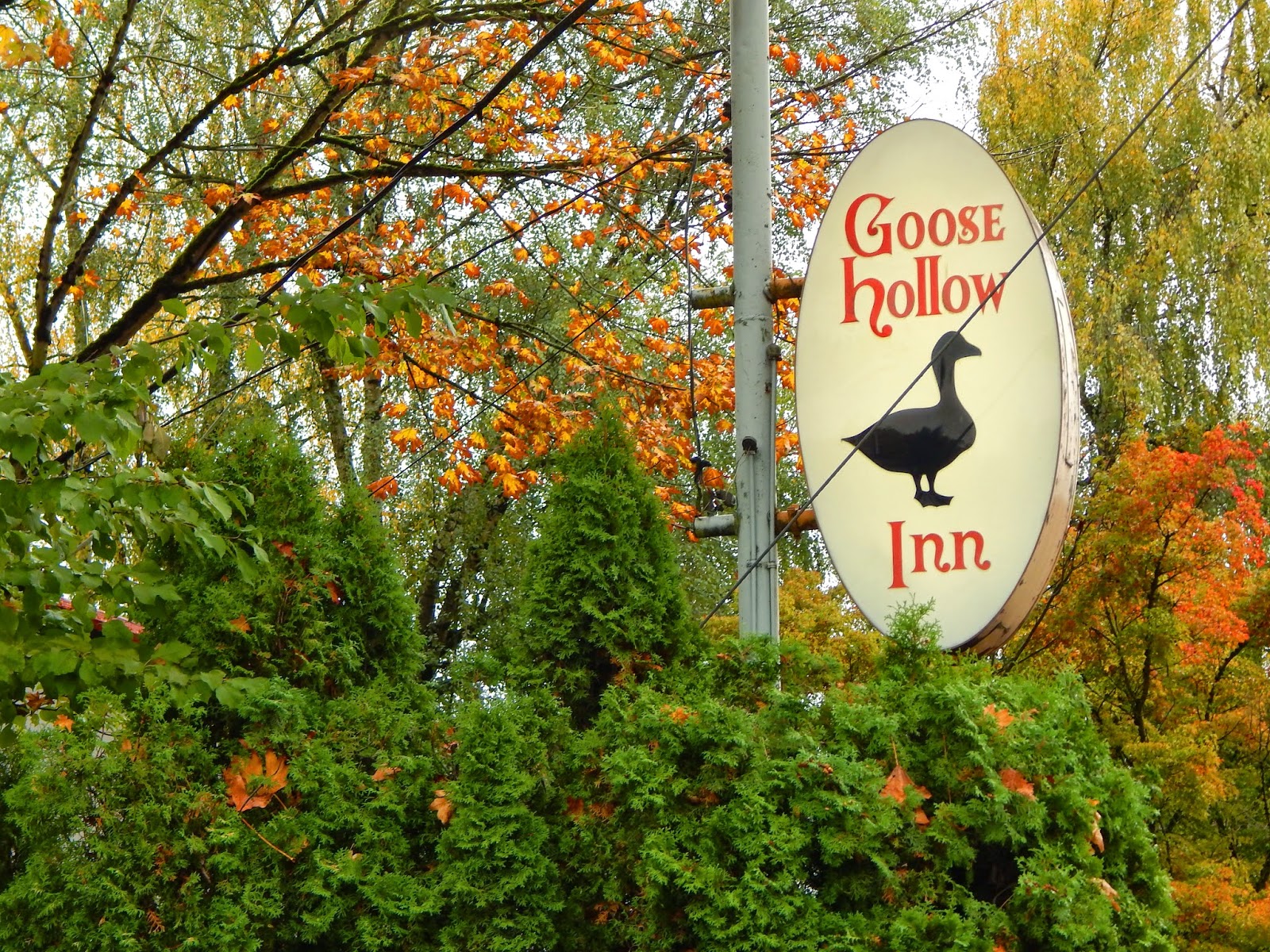 The Goose Hollow Inn: A neighborhood institution and haunt of the pre-hipster middle class. Because a post about Portland wouldn't be complete without mentioning hipsters. 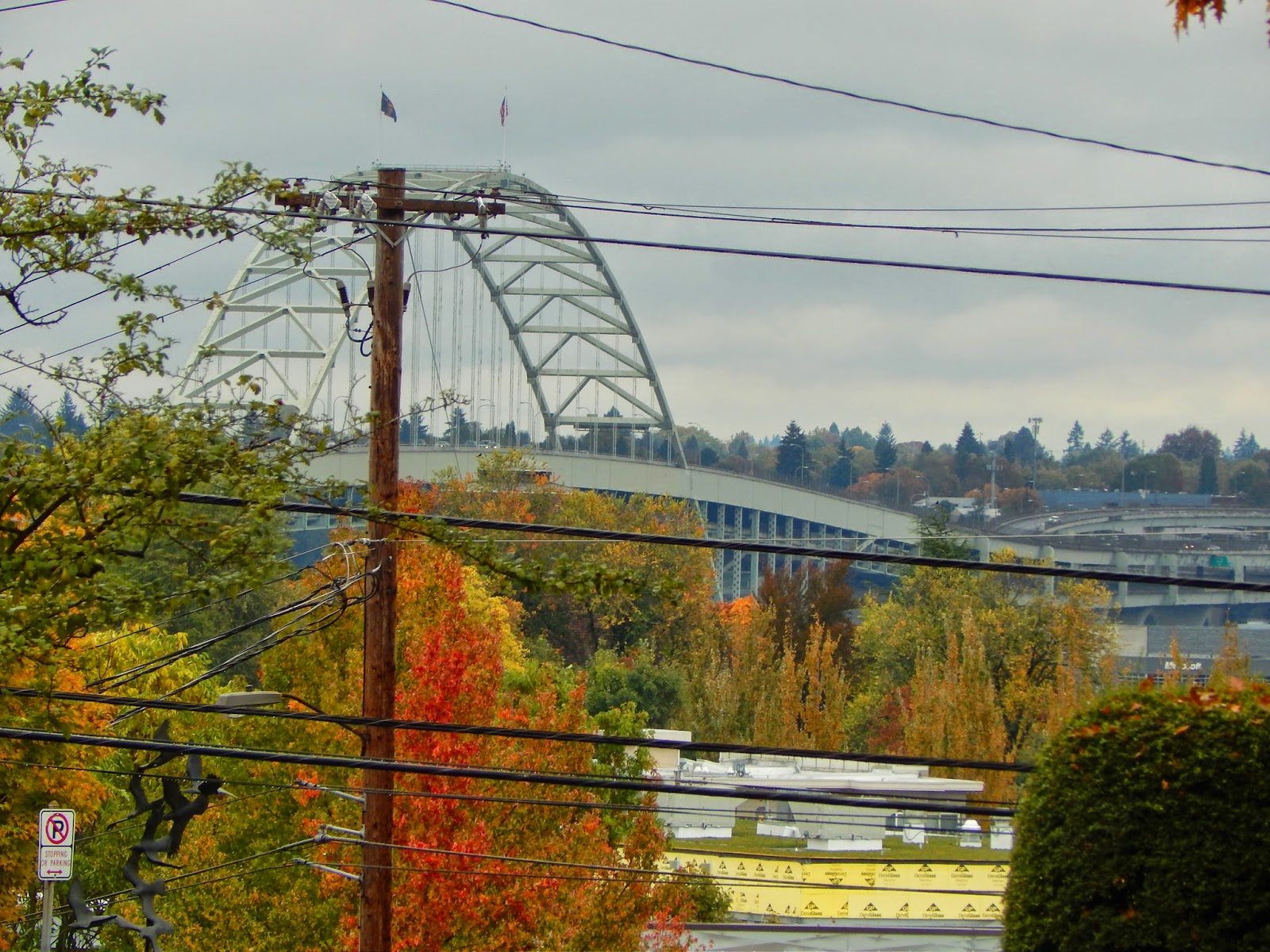 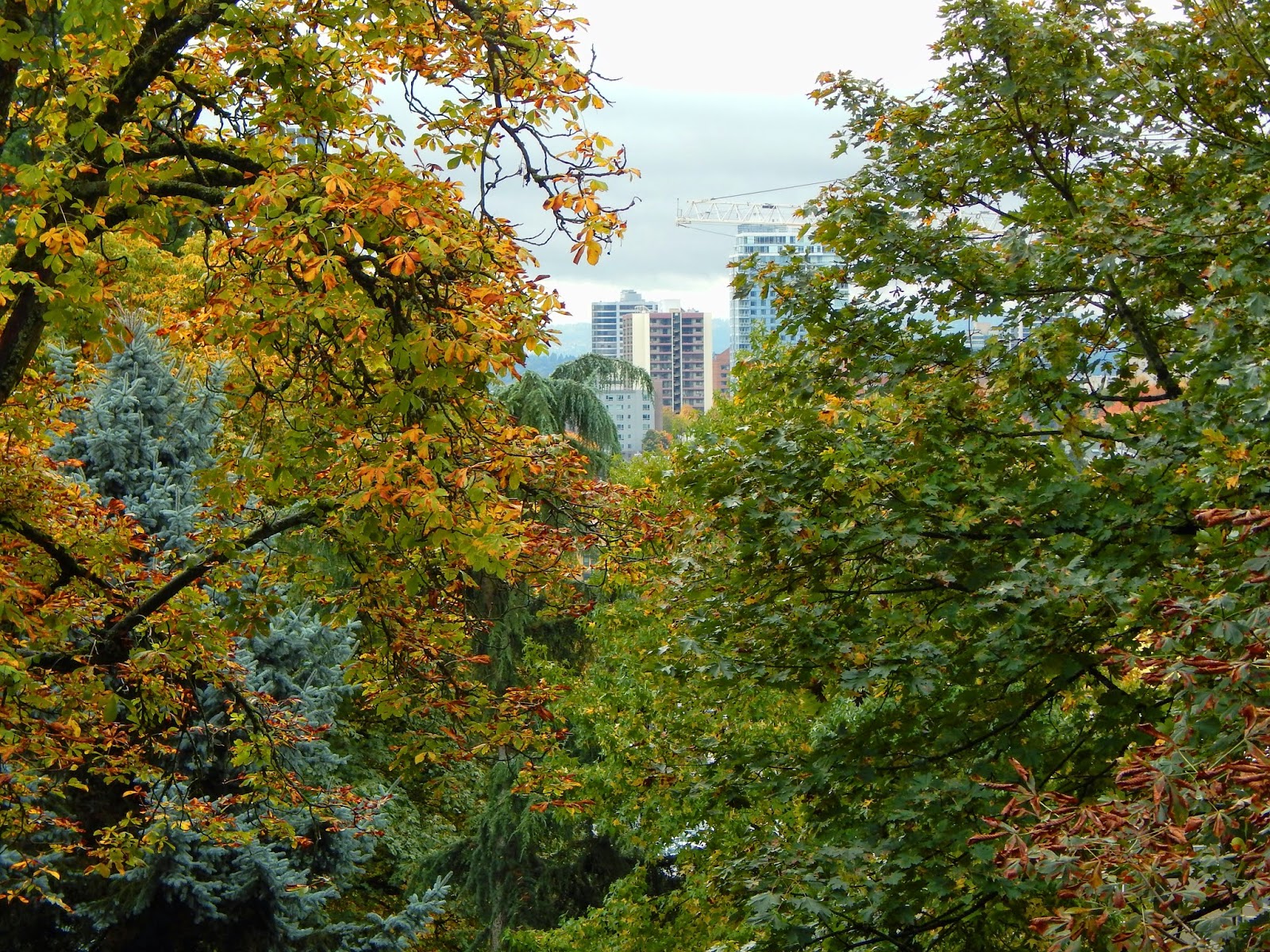 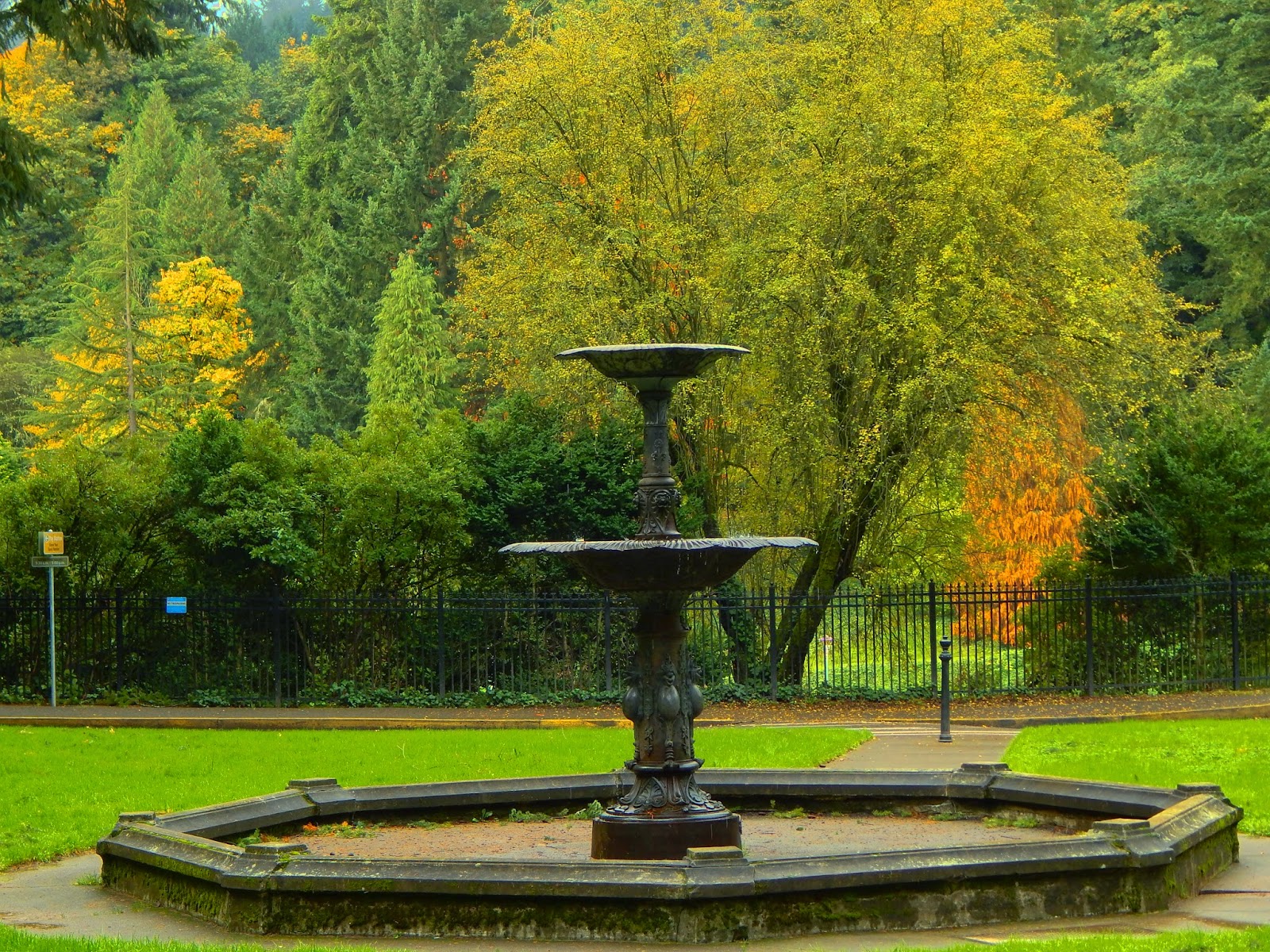 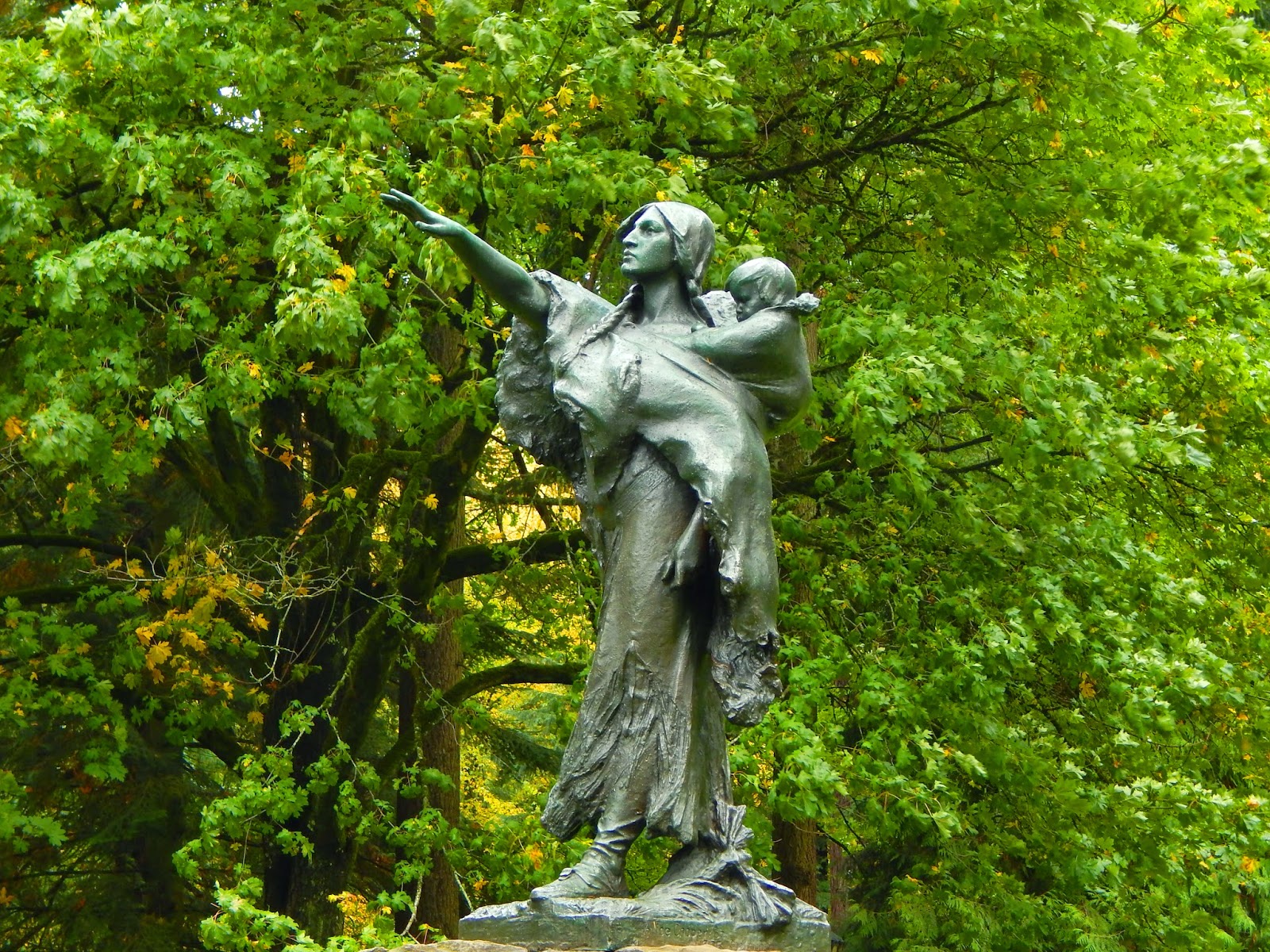 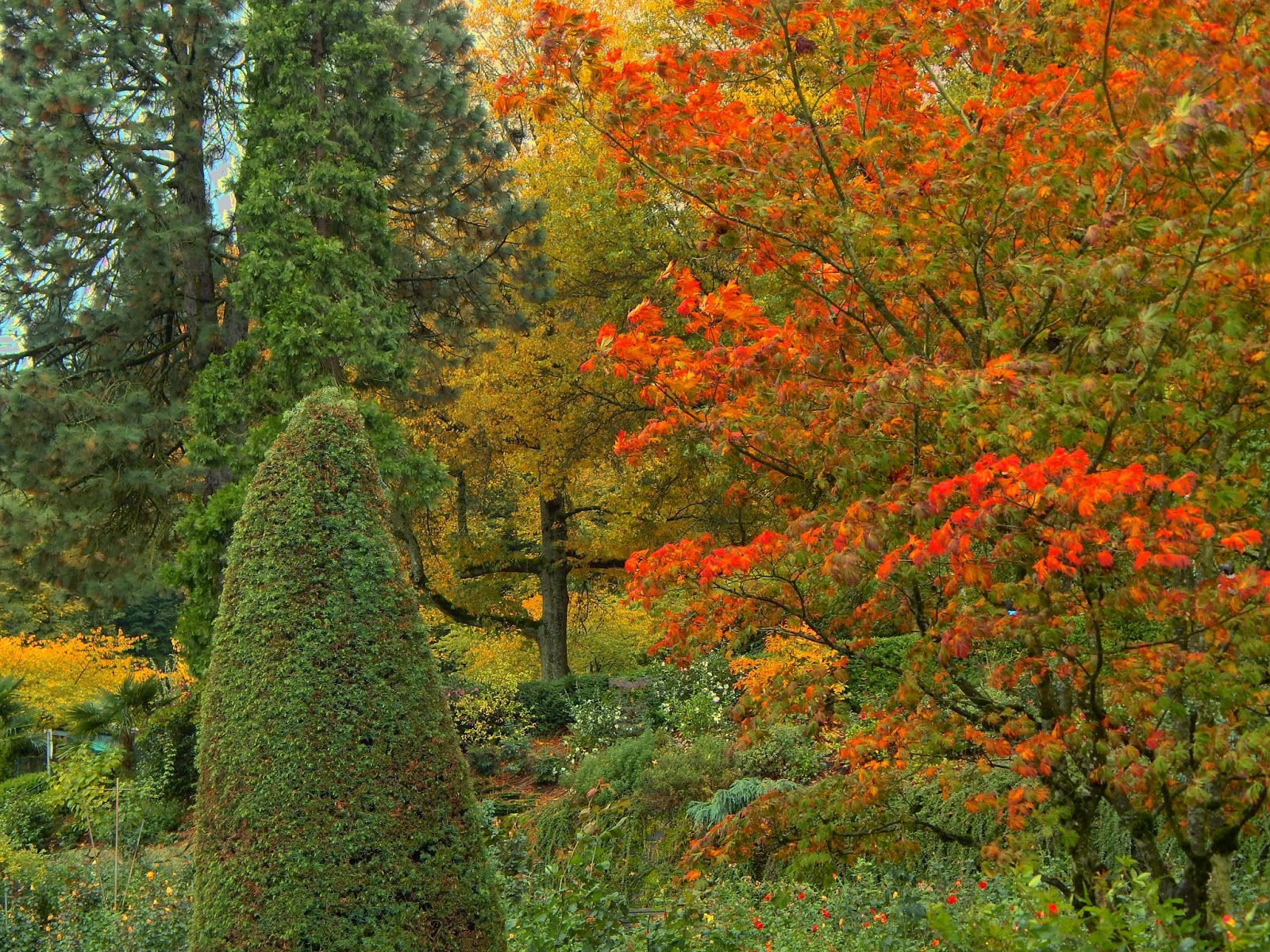 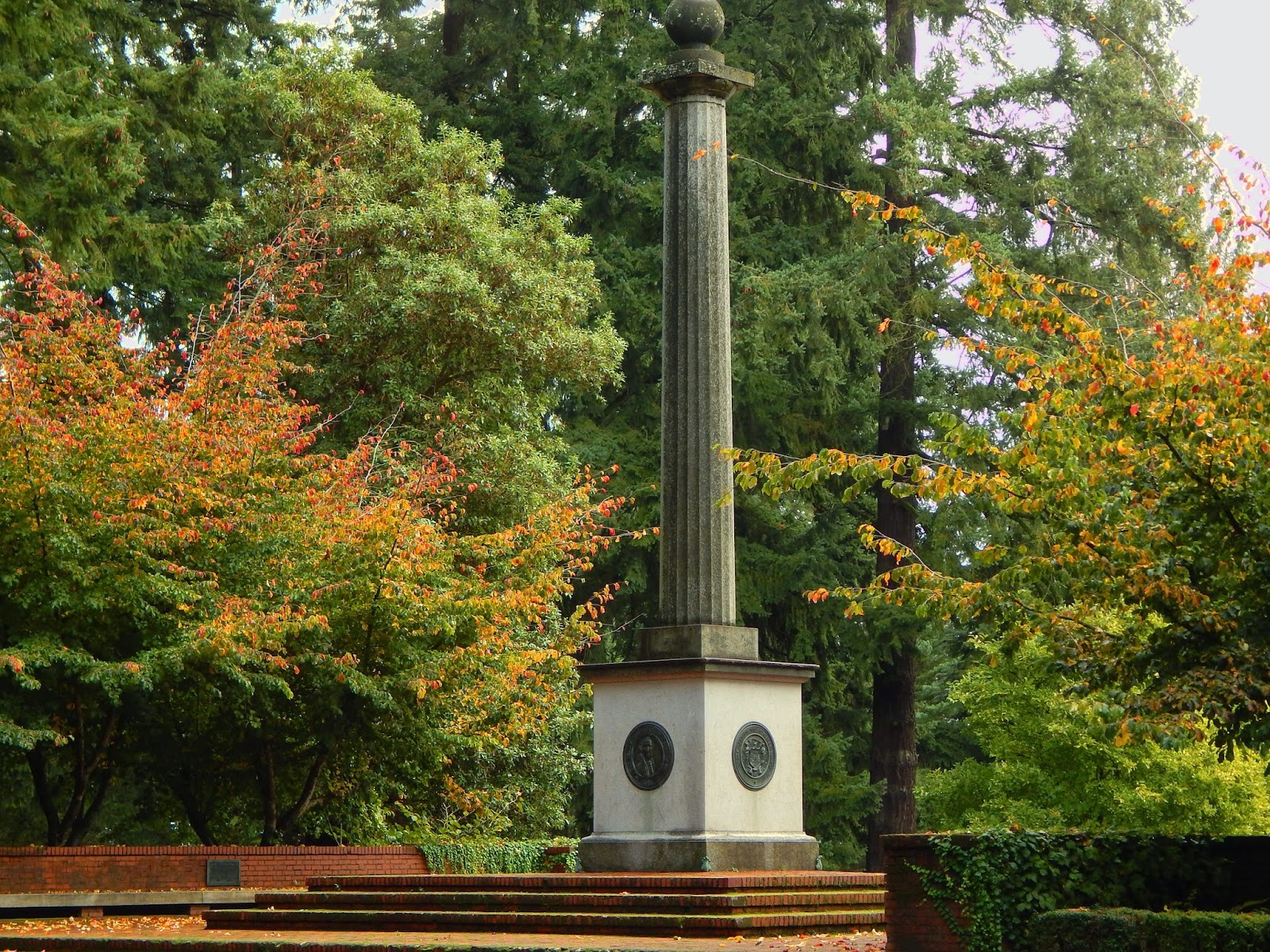 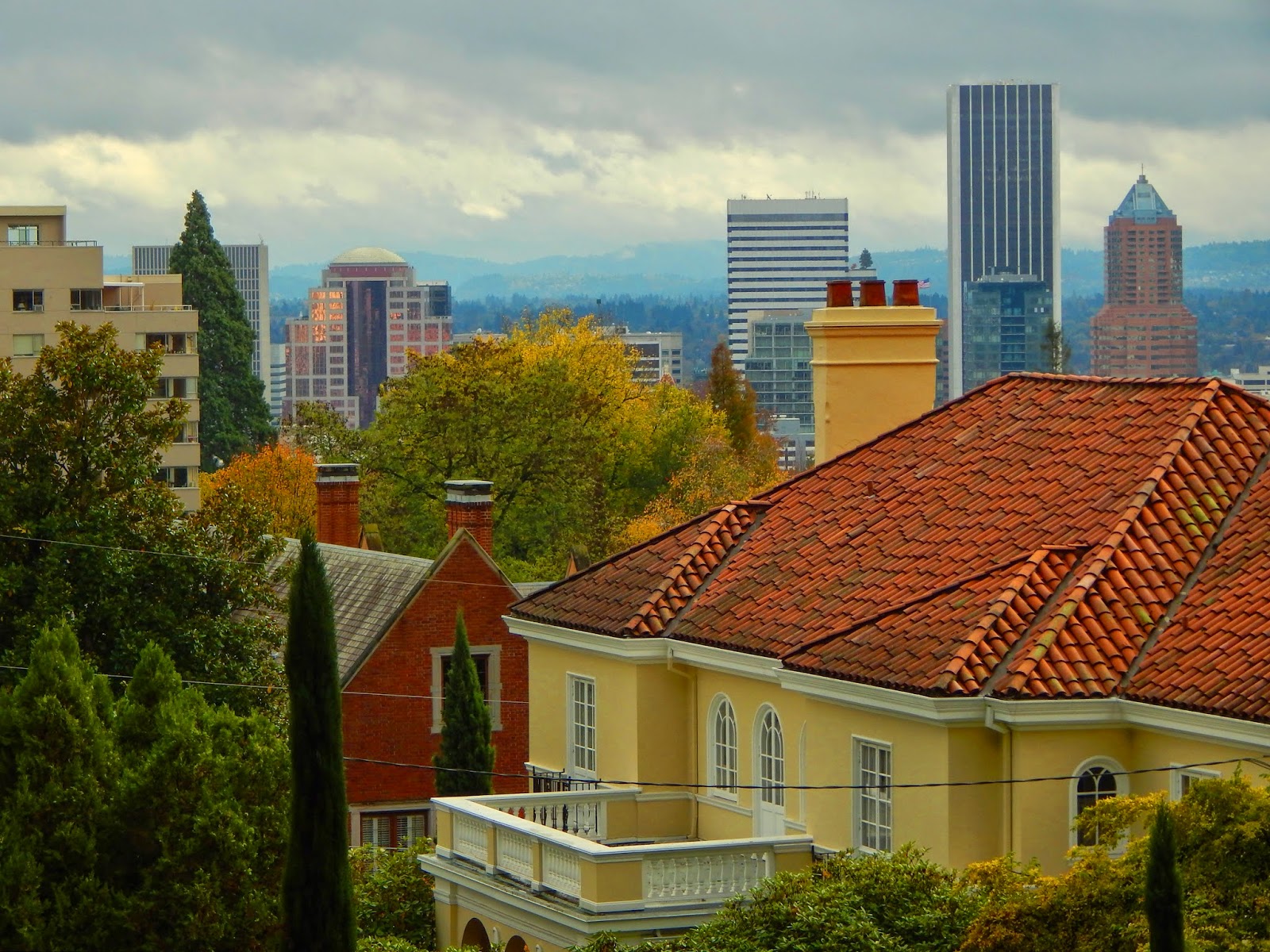 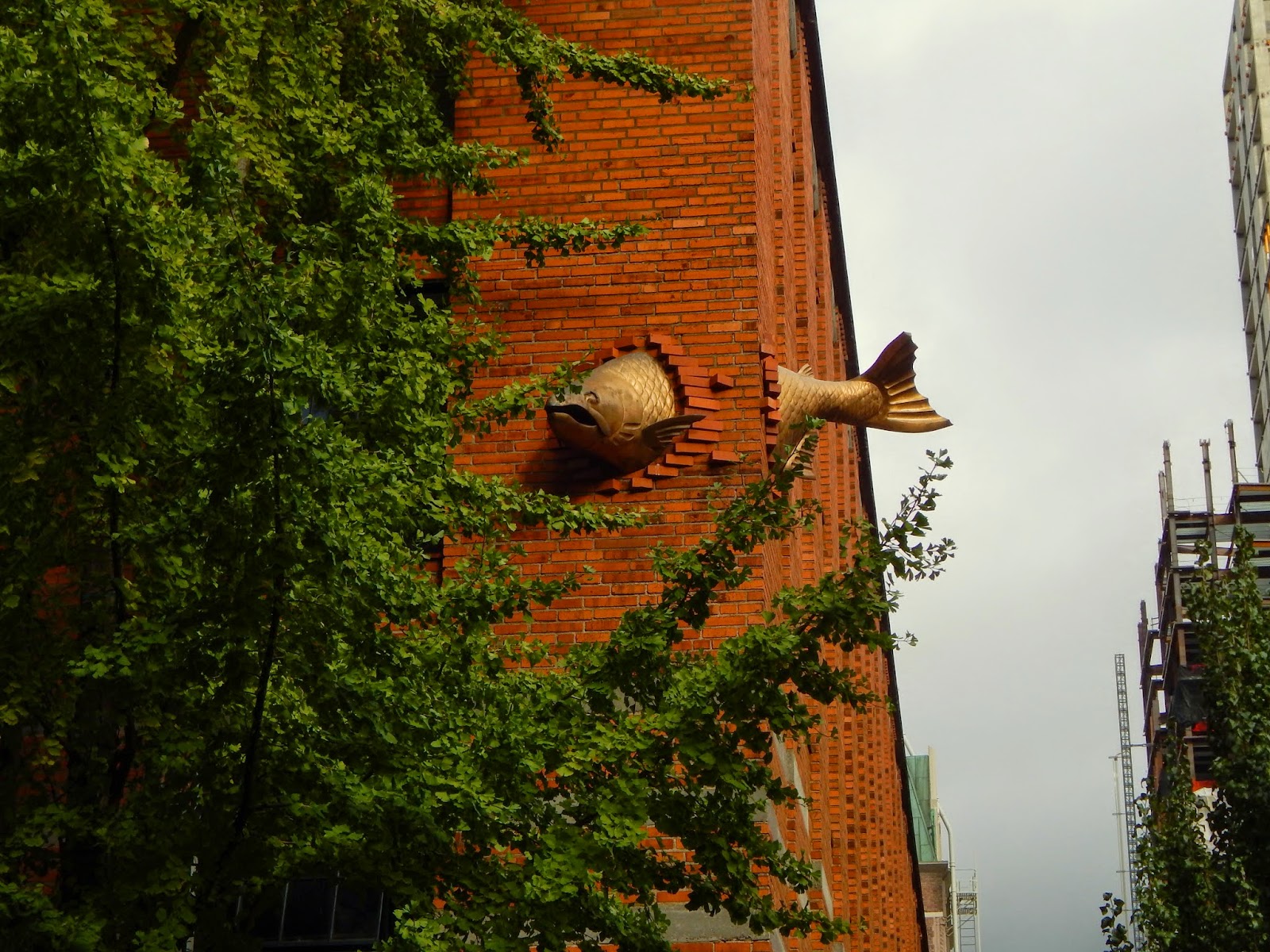 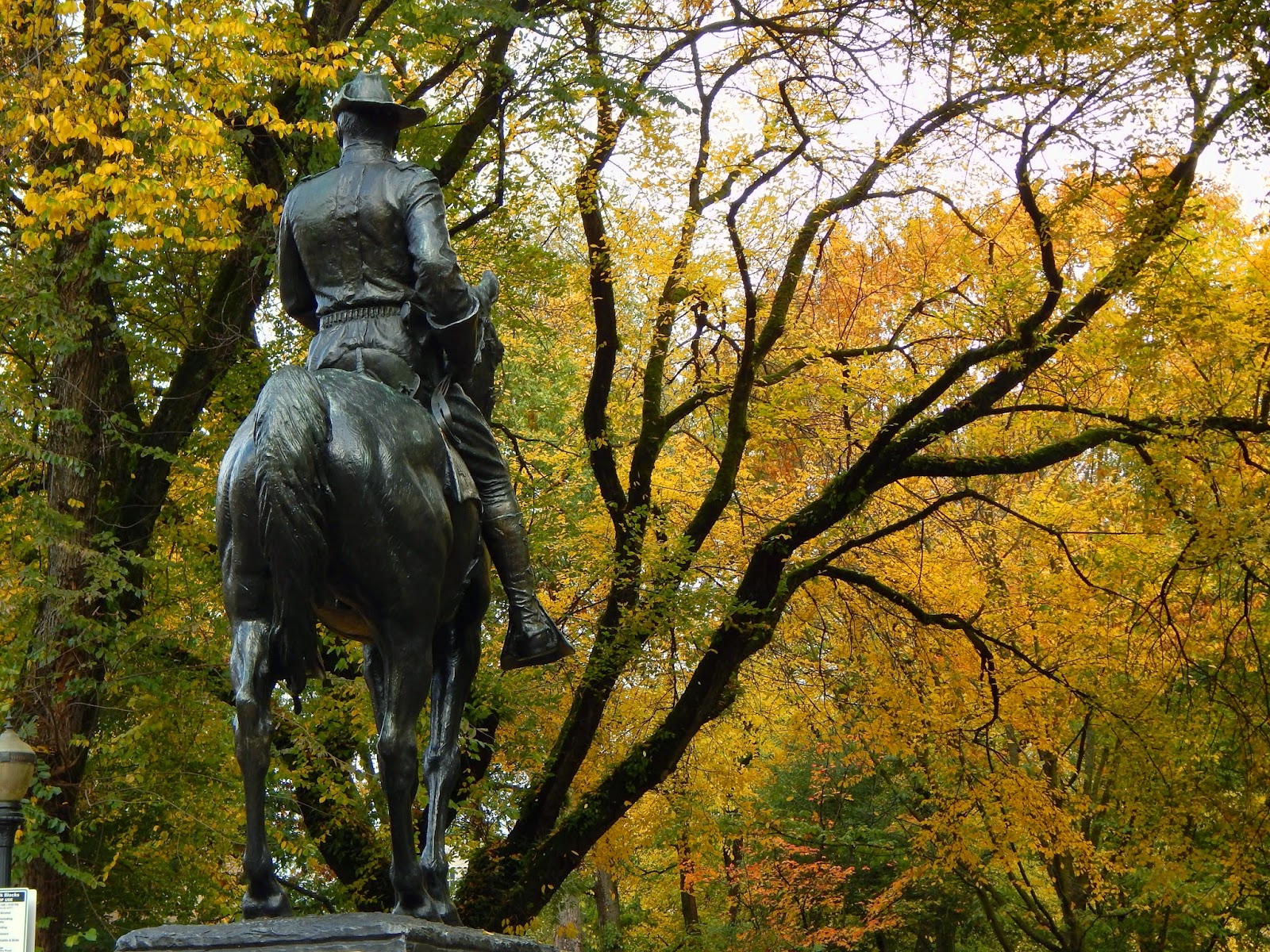 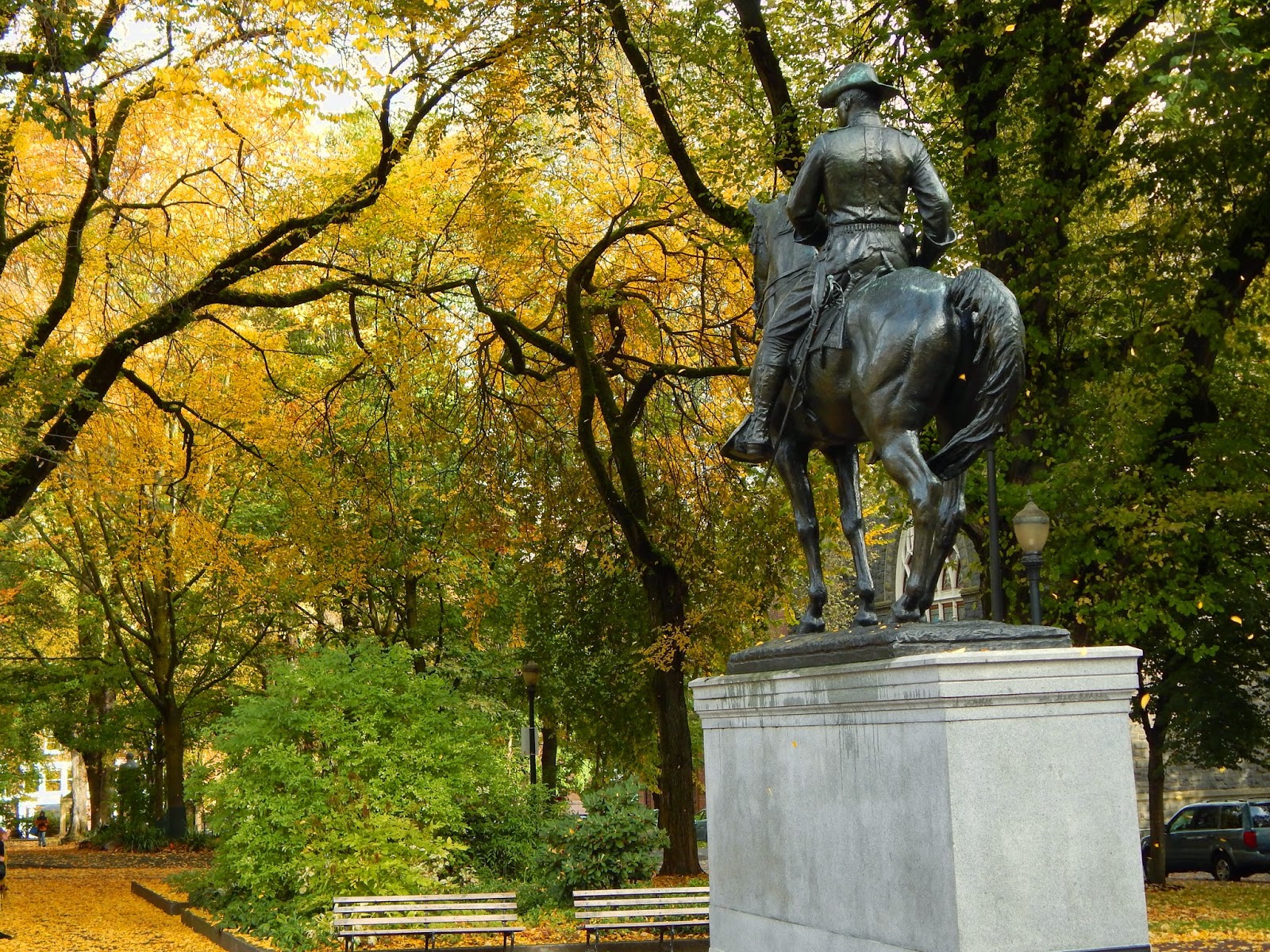 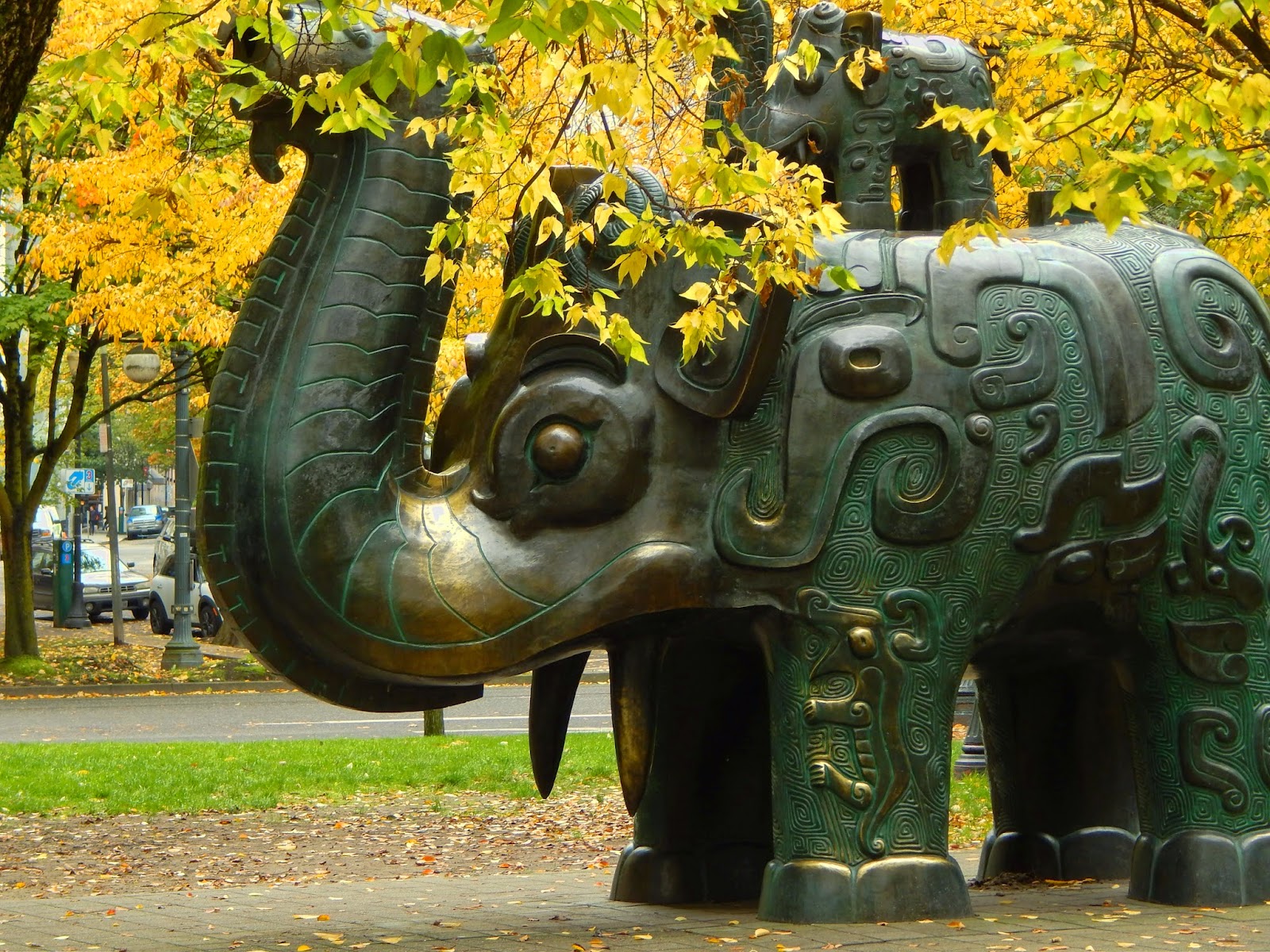 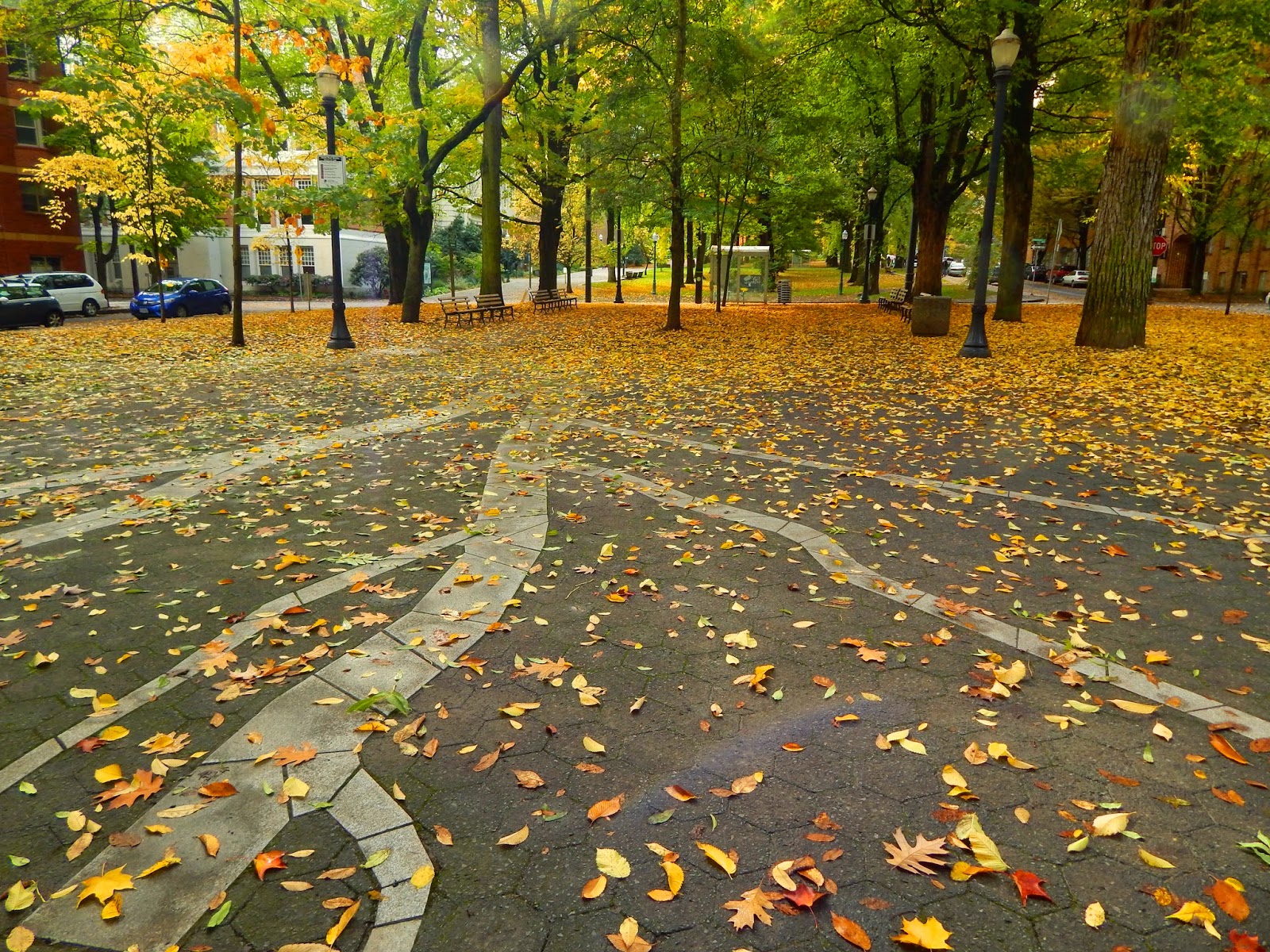 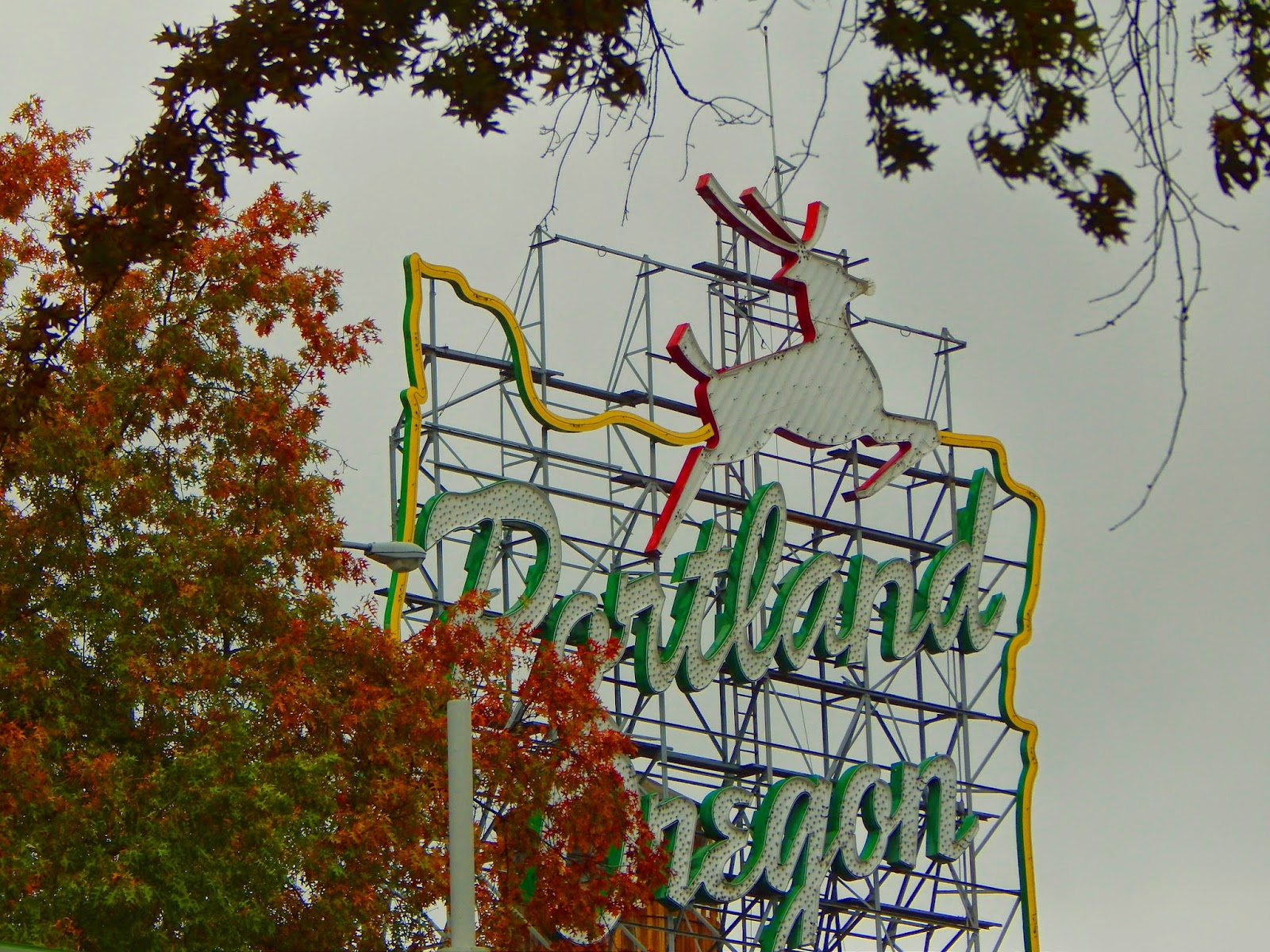 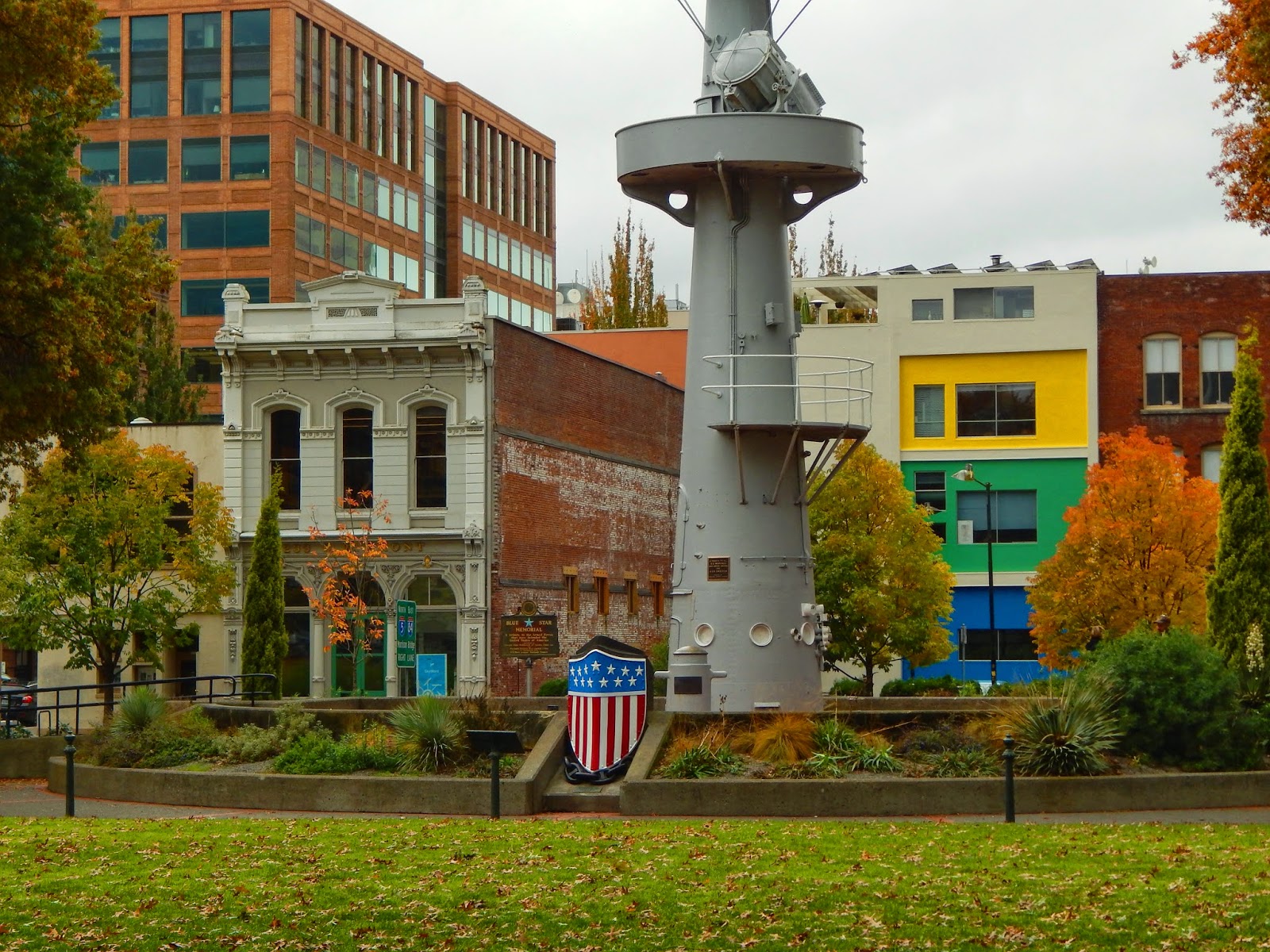 The mast of the old heavy cruiser USS Portland. One of the US Navy's most decorated vessels from the Pacific theater during World War II.
Posted by AlexB at 7:15 PM No comments:

Developing military technologies: An aside


One of the specific what-ifs in the previous "Developing Military Technologies" article looks like it's becoming a real possibility. British Aerospace Engineering is apparently pushing a rail gun to replace the chain fed auto cannon on the US Army's Bradly Fighting Vehicle.

As an aside, there's also a video showcasing a DARPA agility concept armored vehicle that was drawing a lot of verbiage from online pundits a few weeks back. The video, and a lot of that commentary, have annoyed the hell out of me.

Dodging or blocking a slow-moving RPG round traveling at a hundred or so meters per second? Possible, I suppose. As long as the crew has some great seats to absorb the whiplash.

Dodging a tank main gun shot based on detection of the round in flight? Or even the light flare from the muzzle flash. Are you people fucking high? Seriously, that's a projectile moving at close to Mach 5 in some instances.

Good luck with it, I suppose. And with not turning your vehicle crew into jelly while trying to accelerate fast enough to get out of the way on any axis.

But that's all minor stuff. What really bugs me is the is the following graphic that accompanied the video:

I mean, but damn. Have the people who came up with this spent anytime around actual armor units? Probably not. Use of terrain for cover and concealment, not sky-lining the vehicle by moving over ridge lines, making use of hull down positions and camouflage, and moderating speed and engine noise, have all been part of the tanker's bag of tricks to "avoid detection" since at least World War II.

Likewise when it comes to avoiding engagement. Armor crews have been seeking to slip around unnecessary fights or unfavorable conditions by making use of one of the tank's best features for well over half a century. Namely that of mobility. Often that has taken the form of bypassing enemy defenses or units by choosing unlikely avenues of approach. Risky avenues that may even be constricted, but which provide concealment from prying eyes and even ears so long as the vehicles are traveling slowly and deliberately. It's dangerous, but it's also allowed armor units to emerge into an enemy's rear or flank with little if any warning.

Then of course there's the use of speed to sweep around an opponent in open country.

Tank and armored reconnaissance units can be almost fluid in their movement, flowing around terrain low and slow or rushing low and fast until the right moment.

Anywho, perhaps DARPA is intending to automate some of these actions much the way that stealth technology automates some functions of an aircraft's avoidance detection. If they are, I'm not seeing how. Or at least any realistic how.

Also, it's worth noting that the trend for armored vehicles in urban combat has been towards heavier, rather than lighter. Mainly because as the Russians, Israelis, and US have rediscovered, avoiding everything from detection to taking hits is much, much harder for vehicles in constricted urban environments. Hence the Russian and Israeli armies' adaptation of tank chassis for use as survivable infantry APCs, and the uparmoring of US vehicles in Iraq this last decade.

Aeon magazine has an interesting article up, which discusses a brain implant technology that restores normal decision-making capabilities to individuals with degenerative conditions such as, Alzheimer's and Parkinson's. The piece then goes on to speculate about the possibility of future implants "that can boost free will" in healthy individuals.

Short and very much worth the read.

My pick of enhancements for augmenting the cognitive wetware of human volition goes as follows:

Attention augmentation. The brain has several mechanisms of neuron arousal and desensitization that underlie our ability to focus in on one phenomenon out of many. That, and pay attention for a limited duration before losing interest. There are also structural features that play a role in this such as, essentially firewalling the decision-making prefrontal cortex so that only the most urgent neuron firing patterns elsewhere in the brain can engage with it. Boosting the ability to delay loss of interest in an activity or subject would give individuals a greater control over the content of their thoughts. The same would go for an artificial ability to focus intensely for superhuman durations.

Enhanced awareness. The brain generates varying grades of awareness. On the low end there is awake but incoherent. On the other, a heightened mindfulness of surroundings and immediate potential consequences found in performance artists, rescue works, soldiers, and some meditation practitioners. Being able to invoke mindfulness or hyper clarity on command could be interesting. That, or the narrow attention-to-detail of unthinking mechanical task engagement. Even more interesting, enabling simultaneous mindfulness and the kind of task-focus level that normally excludes awareness of one’s surroundings and the passage of time.

Improved working memory. Working memory is in many ways the RAM of the brain, though with several elements. Those include a phonological loop that holds small amounts of audio information and a kind of sketch pad in the visual cortex. Also, varying degrees of ability to quickly call up salient facts and personal experience from the semantic and autobiographical sub-systems of conscious memory. Plenty of room here for interesting tweaks and mods leading to improved decision making.

Enhanced emotion control. The brain has its various arousal and reward networks, such as, the dopamine feedback channel. These can and do go awry. Sometimes disastrously so. Implant technology has already come a long way in restoring mood stability for people with severe issues like clinical depression. For healthy individuals, an increased indirect or a novel direct control over these systems could grant a much more immediate ability to govern emotional responses. Something beyond the traditional means of consciously constructing a contrary perspective to modify a strong or persistent emotional reaction. Enhanced control over the very feelings that drive us to make decisions could prove to be a very popular technology. One with all sorts of potential benefits and pitfalls depending on the app.
Posted by AlexB at 12:33 AM No comments: