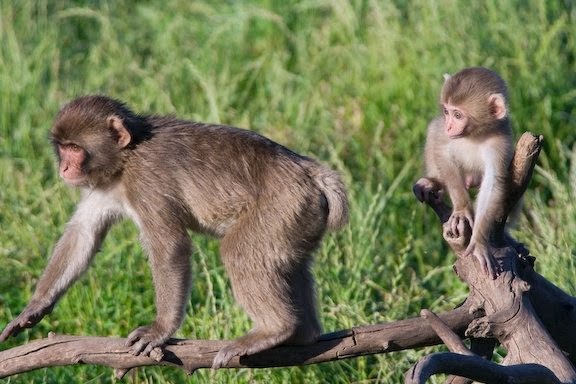 One morning, several years back, I walked into a room full of monkeys. The first thing I noticed was that a young, first time mother had given birth during the night. She was cradling the infant and lip smacking to it to convey reassurance. Only she was holding the infant upside down and lip smacking to its butt. Ouch, monkey. Obviously we needed a more experienced mother with an infant of her own to set the example, and needed her quick.

Besides being simultaneously alarming and amusing, the moment also drove home how impoverished we primates are when it comes to instincts. And how much of what we are born with is concentrated on early developmental issues. Everything from the innate fixation on faces, the wiggly attempts of toddlers held upright to reflexively walk, to the cooing, and babbling, and other language acquisition behaviors that even those who are born deaf exhibit. Beyond our earliest years, we're mostly reliant on an array of somewhat flexible drives and soft wired cognitive biases to help make us the hyper social, meme-swapping omnivores that we are. 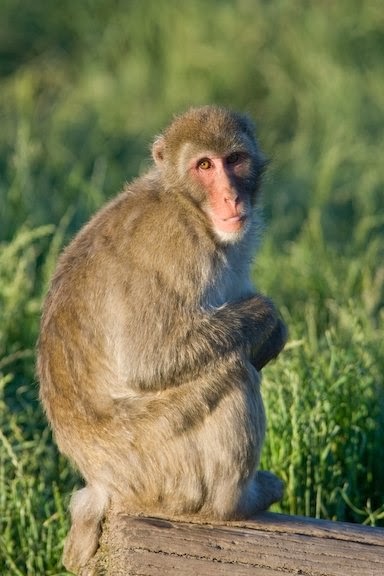 One of the more historically significant changes for our species over the past ten years is that we've started to wire the solar system with an array of sensors. Or at least more so than at anytime previously in our history.


The Solar Dynamics Observatory: Highlights of our sun's activity from this past year

Prior to this past decade we knew the other worlds of our solar system were out there. People looked at them with low-resolution telescopes on a semi-regular basis. We had a few somewhat-detailed photos from the narrow slices of times when the first generations of our long range probes flew by. Now, however, we have platforms orbiting Mars and Saturn, transmitting streams of images. We watch the sun in high resolution 24-hours each day. Rovers continue to generate stunning on-the-ground images of Mars.

We are drawing the sol system more and more into the realm of the known and the seen and the real time.

And it is surprisingly beautiful viewed through the eyes of our machines.

All images public domain, primarily drawn from NASA and Wikicommons

Genre Items: Titan and Her

Out of all the recent genre books, films, and series I've taken in, Attack On Titan was the one that just floored me.

Intense. Awful. Dark. Heroic. An amazing soundtrack. Gorgeous animation. It falls somewhere between steampunk and medieval techno fantasy, with well-written characters. Part Ender's Game with a focus on the technical details of three dimensional tactics, and young people coming of age against the backdrop of a desperate war, and part Neon Evangelion Genesis with creepy, giant cannibals who are the all the more terrifying for their mindlessness.

I almost bailed out of Titan when two episodes focused on long internal narrations that lead up to characters screaming out their feelings at the top of their lungs. Then making dramatic decisions that could have been arrived at with more punch (imo) in four or five minutes rather than fifteen or twenty. And there are times I've doubted that the show can come up with a strong enough payoff to make it worth the suffering endured by the primary characters.

And yet it's pulled me back in so hard that I'm watching the whole thing over again.

In part, I like the show because a section that features horse-mounted scouts. Nothing personal there. The author clearly gave some serious thought to what it would be like to maneuver a cavalry unit through territory occupied by murderous giant cannibals.

Also, the show does a great job of depicting good, if flawed, men and women persevering through terrible situations, while other good men and women crumble under the same circumstances.

And seriously, someone needs to put the soundtrack up on iTunes or Amazon here in the US already. As a content creator who likes getting paid for his work, I don't pirate music. But damn if I'm not tempted when it comes to the awesomely metal Titan OSTs.

Meanwhile, on the opposite side of the genre spectrum is Her, by Spike Jonze (Eternal Sunshine of the Spotless Mind, Being John Malkovich.)

Sublime, where Titan is brutal, and very, very cerebral, it's a near future love story that manages to avoid all the traditional Hollywood cliches about artificial intelligences. It's also the first mainstream film to address a soft singularity. Additionally, the film takes a sideways look at a future in which technology has become almost seamless and does not draw attention to itself. Rather, computing and augmented reality focus users' attention outward toward the physical world and people in it. An almost inversion of our current tech, which demands we sit down and pay attention to it.

Why Her Will Dominate UI Design Even More Than Minority Report | Wired Design | Wired.com:

Kyle Vanhermert has an excellent piece up on Wired Magazine examining the wonderfully minimalist user interfaces in Her's setting, in which technology has become very polished at connecting people to one another.

F-35 Delayed After Fourth Prototype Becomes Self-Aware And Has To Be Destroyed:

Ah, The Duffel Blog, for the win, yet again.

Some of the best military humor on the Internets. Or at least the American-speaking portions of it that I frequent.

Also, this is something of a placeholder post, while I plod along on a couple articles for this blog, including what should be the last of the States and Nations 3.0 pieces. At least for the time being. At some point in a few months I'd like to distill the series down to a single long-form essay on the potential mega and micro polities and post-human collectives that could succeed the nation-state.

For the time being, however, my writing hours are pretty much split between critiquing the works of friends and peers, and writing a sequel for a manuscript I have out on submission. Two activities that compliment one another nicely.
Posted by AlexB at 8:44 PM No comments: